East North Ave. may become THE place for recreational bars and cafes.

By Isiah Holmes, Wisconsin Examiner - Mar 9th, 2018 02:51 pm
Get a daily rundown of the top stories on Urban Milwaukee 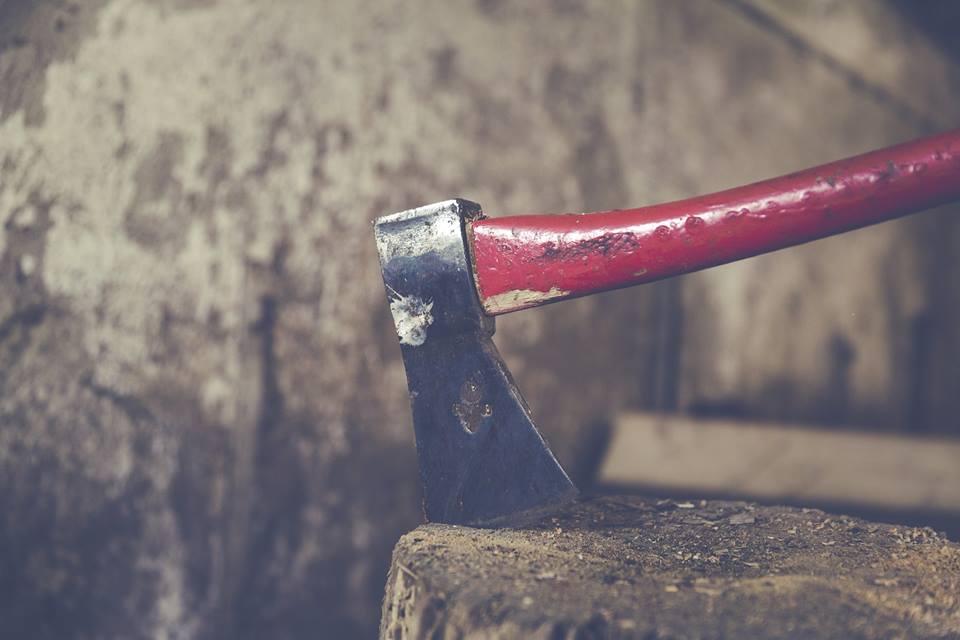 Talk about entrepreneurship. A small boom in oddly unique small businesses is set to hit E. North Avenue over the next couple months. Two proposed establishments in particular, Axe MKE and Sip & Purr, are cluing Milwaukee into growing recreational trends with hordes of followers. Their debuts are also positioning the busy east-side strip as the new location for weirdly fun bars and cafes.

Sip & Purr aims to become the city’s first cat cafe, where you can enjoy food, coffee, and wine in between fondling and petting cats. It will be located at 2021 E. Ivanhoe Pl., just off North and Farwell.

Then there is Axe MKE, owned by David and Marla Poytinger, which aims to bring the sport and culture of ax throwing to 1924 E. Kenilworth Pl., less than a half block from the proposed cat cafe. A popular sport in Canada, there is now a string ax-throwing bars across that nation where some 150,000 enthusiasts participate in the “Backyard Axe Throwing League.” The sport, if that’s what it is, is now chopping its way down to the Midwest and edging into Wisconsin. Bounce Milwaukee, a popular birthday party and special events host, also features ax throwing.

Axe MKE was reviewed at a neighborhood meeting on February 20th, set up by area alderman Nik Kovac, who says the meeting came back unanimous in favor of the bar, with few if any residents having an ax to grind. Kovac tells Urban Milwaukee he’s “always hoped East North Avenue would become a destination for living, for working for shopping, and playing.” This new trend certainly addresses the “playing” part of that quartet. The February 20th meeting helped the alderman survey concerns by police and residents over the issue of mixing drinking and ax-throwing. Not to worry, we’re told, numerous regulations and procedures will ensure a safe, fun, if offbeat experience for all.

That was apparently enough to sell the Common Council’s Licenses committee, which approved the bar on Tuesday, March 6. The committee also approved Sip & Purr at that meeting, but not without some cat puns getting thrown around the room.

Kovac treasures fresh ideas like Axe MKE, hoping it can help erase the perception that East North Ave is simply a drinking mecca.“I know business owners and residents have been working very hard to have a mix of day and night time activities,” he explains. Kovac believes an increasing population of residents on East North Ave drives the push for diversified businesses.

Some of the new establishments Kovac highlighted to Urban Milwaukee involved yoga, “a late night cookie place, a donut shop, a hardware store, a bike store,” and many others, which are sure to blend well with a cat cafe.

“The cat cafe is a bit of a movement,” says Kovac. “Many other cities now have these cat cafes to meet a cat and even adopt.”

Another recreational bar on the strip that’s also owned by the Poytingers is Nine Below, at 1905 E. North Ave., below Beans & Barley. It offers a creative fusion of bar and indoor-golf park. The new bar specializes in “Maker’s Golf”, wherein the customer essentially designs their own mini-golf course. If you’re not quite interested in golf, however, there’s plenty of drinks and tasty food to enjoy in Nine Below’s club house. Reservations for everything from bachelors parties to corporate events are welcome. The Poytingers, by the way, also created Splash Studio, a bar where you can make paintings while you drink. Alas, it’s not on North Ave. but in the oh-so-trendy Third Ward. Will the two neighborhoods duke it for the most recreational bars?

Right now North Avenue clearly has the lead. Plus, its newly burgeoning recreational bar and cafe scene is right under the nose of the Black Cat Ally, which features unique wall art both formal and clandestine. Kovac believes it should make the perfect entryway to places like Sip & Purr and Axe MKE, and who are we to argue?

One thought on “Now Serving: Your New Recreation Destination”