Will open this summer on Ivanhoe Pl. Concept is all the rage in Japan. 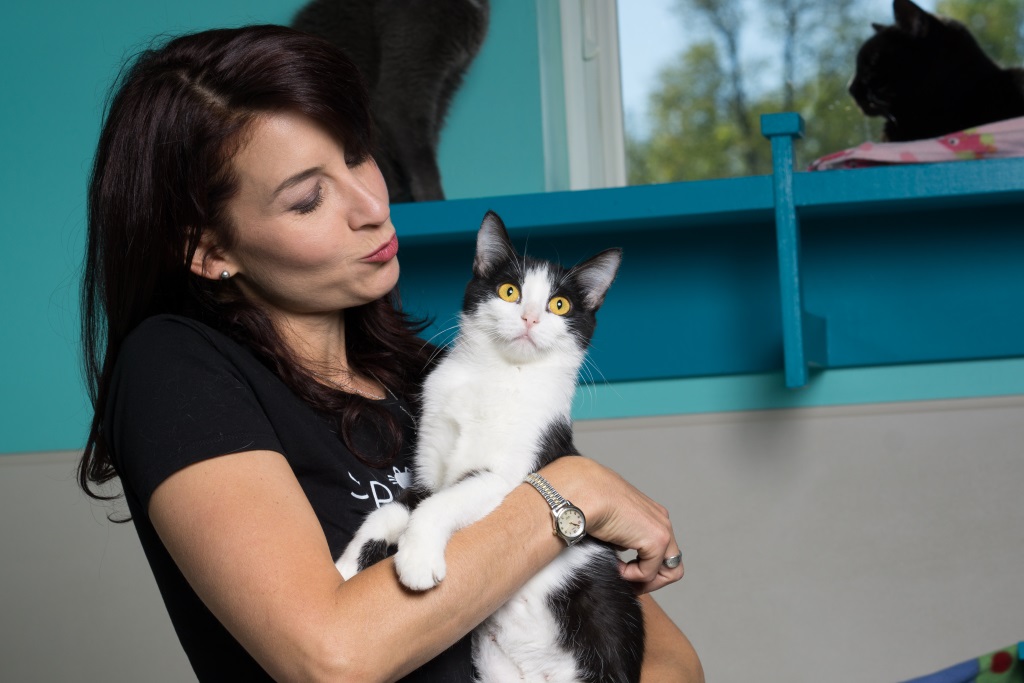 Architectural plans have been submitted to the City of Milwaukee for what will be Milwaukee’s first cat café. Sip & Purr is looking to open up shop on the East Side at 2021 E. Ivanhoe Pl., fittingly located near the Black Cat Alley open air art gallery. The space was previously occupied by East Side Gallery & Framing before it moved to 2414 N. Farwell Ave. If all goes according to plan, Sip & Purr will open early this summer.

The concept of cat cafes began in Taiwan, with the first one opening in Taipei in 1998. The popularity began to grow with Japanese tourists, and eventually the idea was brought back to Japan. There are now over 150 cat cafes in Japan, with their popularity due in part to strict pet rules and lack of space in Japanese housing. The popularity of the cat café has spread all over the world and came to North America in 2014, with the first opening in Montreal, then one in Oakland and another in New York.

The biggest concern with opening a cat café is compliance with food safety regulations. Japanese food regulations allow for food and drink to be served in the same space that the animals occupy, but it’s a different story in the United States. Dining regulations prohibit animals on food establishment premises (with the exception of service animals). This means that most cat cafes in the US will likely have to have a separate room for their pets, which could dilute the experience for some.

Sip & Purr was conceived by owner Katy McHugh during a stay in Amsterdam where a particularly friendly cat at a café inspired her to start her own cat café back home. Sip & Purr will serve food, coffee, and wine in a bar area separated from the cats. Worried about getting attached to the furry felines? Not a problem. All cats at Sip & Purr will be available for adoption courtesy of a partnership with Lakeland Animal Shelter. All cats are ready for adoption, and have been spayed/neutered, vaccinated, microchipped, and medically tested and treated.

Oh, and keep an eye out for cat-related events such as yoga with cats.

7 thoughts on “City’s First Cat Cafe on East Side”