They may decide if Walker gets last minute laws he’s pushing for his reelection campaign. 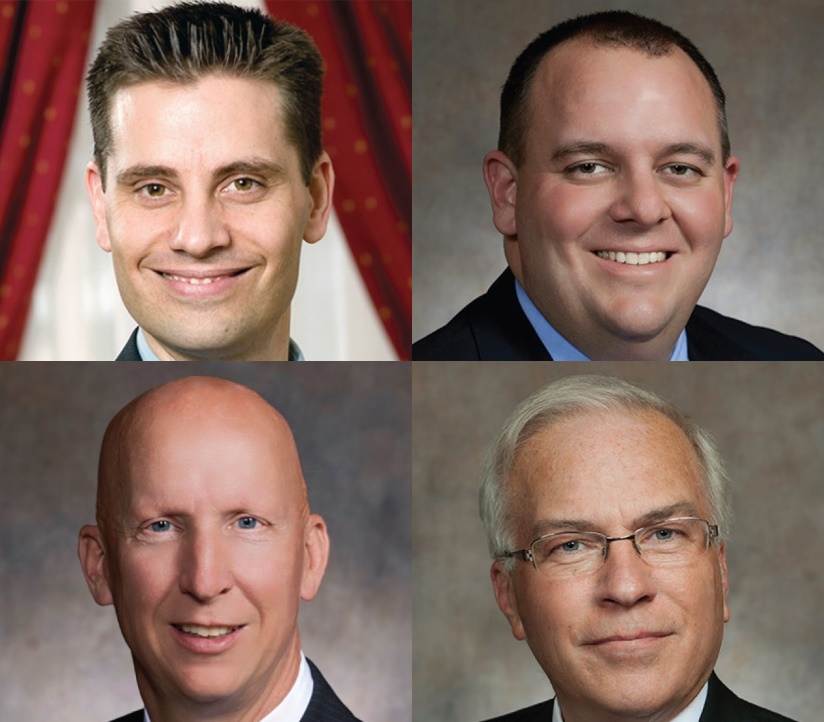 No Capitol institution has undergone more change in recent years than the state Senate that will soon decide the fate of Republican Gov. Scott Walker’s re-election priorities.

When the new Senate convenes next January, 17 new senators – more than half of the 33-member Senate – will have been elected over the last six years. Because two senators are running for higher office, and one seat is vacant, there will be at least three new senators in January. Losses by incumbent senators on Nov. 6 would add to that number.

For decades, the Senate welcomed only one or two new senators when a new Legislature convened. In 2011, the average senator had served in that chamber for about 13 years.

Republicans have seen the most turnover since then: Ten of the 18 Senate Republicans have joined that house since the 2012 elections; five since 2015. By comparison, only three of the 14 Democrats joined since 2016.

The turnover among GOP senators has added four lawmakers who are often more conservative than their predecessors: Sens. Chris Kapenga, of Delafield; David Craig, of Big Bend; Duey Stroebel, of Cedarburg; and Steve Nass, of Whitewater.

All four served in the Assembly with Speaker Robin Vos, but he referred to some of them as “terrorists” last fall after they got Walker to agree to specific vetoes of the Assembly-passed state budget. And last week, Vos used another phrase — “negotiating with Jell-O”– to describe the frustrations of Assembly Republicans with their party’s senators.

But Senate Majority Leader Scott Fitzgerald returned Vos’s criticism. How, Fitzgerald wondered, could Assembly Republicans cut controversial deals with Walker, go into session for three straight days, and then announce that they had gone home for the year? The Assembly’s take-it-or-leave-it actions cut out Senate Republicans, Fitzgerald added.

Now it’s the Senate Republicans’ turn to get even.

There are 214 Assembly-passed bills pending in the Senate — and all of them die if the Senate doesn’t pass them, without any changes, this month. Any changes force Vos and Assembly Republicans to either chose to let them die or return to the Capitol, accept those changes, and put those bills on Walker’s desk.

So, the most conservative GOP senators have life-or-death power over four major Assembly-passed bills Walker wants to sign into law before voters on Nov. 6 judge his bid for a third term:

*Sending parents a tax-credit check for $100 for each child under 18, which would cost $122 million.

*An August back-to-school sales tax “holiday,” letting parents buy certain items that cost $100 or less without paying state or local sales taxes. It is projected to cost about $50 million.

*An $80 million juvenile-justice package closing the state’s two juvenile prisons in northern Wisconsin by 2021, turning them into an adult prison, and housing most juvenile offenders in new regional facilities run by counties. The Assembly passed that package 95-0  – an overwhelming vote senators can’t ignore.

*New tax breaks for Kimberly-Clark to try and keep it from closing two factories, and laying off 600 workers, in the district of Senate President Roger Roth, of Appleton.

Assembly Republicans also made major changes to a priority of Assistant Senate Majority Leader Leah Vukmir, of Brookfield, a candidate for the U.S. Senate. Vukmir got the Senate to send the Assembly a bill revoking probation for anyone charged with a new felony or violent misdemeanor. Analysts warned it would significantly boost the number of prison inmates.

But Assembly Republicans added to Vukmir’s bill a proposal to borrow $350 million for a new prison, and $4 million to hire 53 new prosecutors in counties represented by Republicans.

Senate Republicans could go along with Assembly changes, remove them and return the bill to the Assembly, or let Vukmir’s bill die.

Fitzgerald often refuses to predict what the Senate will do on a major issue, saying he must first “talk to my members.” With such high Senate turnover, that comment now makes more sense than ever.

UW-Milwaukee Professor Mordecai Lee, who served in the Senate as a Democrat in the 1980s, says the high Senate turnover is unusual, and significant. If Republicans keep Senate control, Lee added, those new members will “set the agenda.”

And the nature of that agenda? “The Senate,” Lee predicts, “will no longer be the moderate centrist place  – in relative terms – it has been, compared to the Assembly.”

6 thoughts on “The State of Politics: New GOP Senators Have Clout”