Not the gun owners, but the gun control zealots. 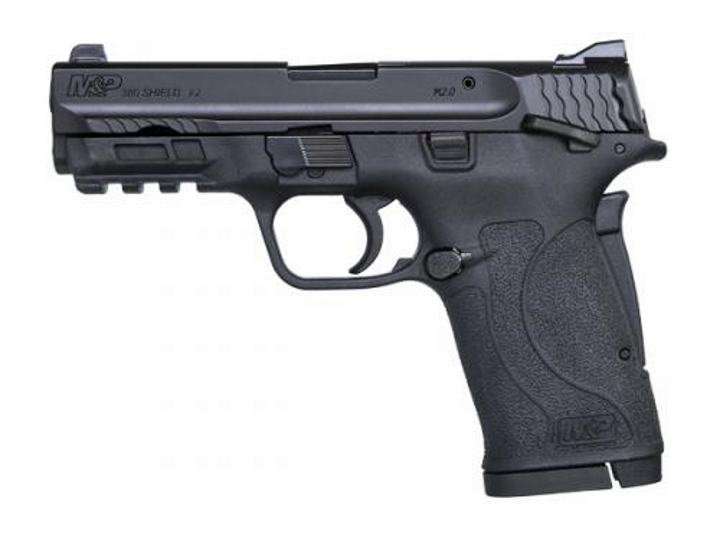 The stress-relieving aspect of not being on Twitter and Facebook — I signed off a year ago — is never more evident than in the wake of a mass shooting. “Gun control” clearly is the high-profile issue about which otherwise sensible people are completely ignorant.

To prove the point, pistol owners should try this experiment, one that I plan to use with a group of guys who gather each morning at my neighborhood Starbucks.

Tell them you own a “semi-automatic assault weapon.” Watch their eyebrows raise and their jaws drop. Then show them a picture of your weapon — in my case a Smith & Wesson MP pistol (see picture).

Clearly, it’s an “assault” weapon, as it could be used in self-defense to assault an attacker. Just as clearly, it’s “semi-automatic,” as a round is automatically chambered after each trigger pull.

When I used to be on FB and Twitter I fell into the trap of responding to “friends” or “followers” who made knee-jerk calls to ban “assault” and/or “semi-automatic” weapons following a tragedy such as occurred earlier this month in Florida.

Asked to define what they would ban, the typical response was a picture of an AR-15, accompanied by an assertion such as “No one needs a machine gun!” I found it did little good to describe current laws that heavily regulate ownership of a fully automatic weapon, i.e., a “machine gun.” And of course I endured full mockery after explaining that an AR-15 is but a rifle where a round is chambered after each trigger pull. (How would the debate play out if AR-15s looked more like a traditional rifle?)

Just for discussion, say AR-15s were banned and existing confiscated from lawful owners. With a little practice, an unbalanced person such as the Florida perpetrator could become proficient, with a pistol such as mine, at discharging 100 or more rounds in less than 5 minutes. It’s easy with practice to discard and reload a 20-round clip in less than 10 seconds.

When confronted with those facts, some honest gun controllers will ‘fess up and say they’d really like to ban guns, period. Some will take the logical next step and advocate confiscation of guns now lawfully owned.

A social media “discussion” with gun controllers is never complete without chest-thumping assaults on the NRA. At my local gun club I have taken six courses, in addition to an eight-hour concealed carry session, from NRA-authorized instructors. These are some of the straightest shooters, so to speak, that I’ve ever encountered. Down-to-earth. Relentless emphasis on safety, safety, and then more safety. People in the classes I’ve taken likewise are as threatening as your grandmother.

While I’ve put Twitter and FB in my past, it’s tough to escape the ignorant, media-enabled narrative that crowds out real news after an event such as the Florida shooting. It’s clear that the bulk of the sign-carrying students personify the fundamental ignorance of firearms that drives the media narrative.

I found it interesting and encouraging that President Trump presided over a useful discussion of the issues that included participants with views across a broad spectrum. Too bad that is likely to be the exception to the rule.

91 thoughts on “The Contrarian: The Real “Gun Nuts””