Event at Rave/Eagles Club drew motorcycle fans from across the country. 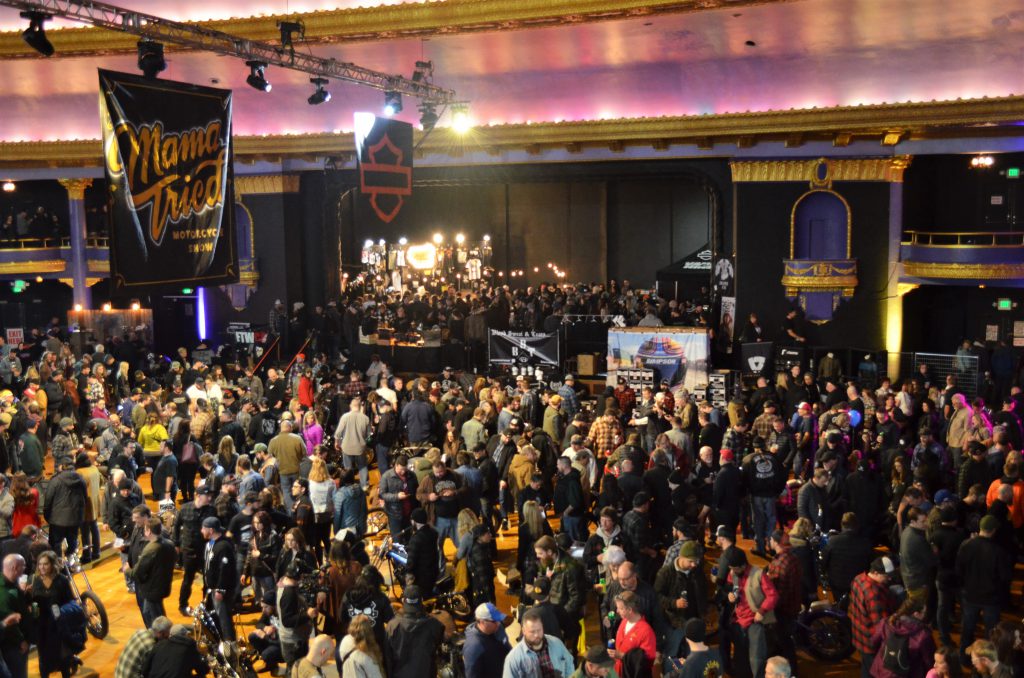 A long line could be seen from the side of The Rave/Eagles Club last weekend as motorcycle fans from around the country eagerly awaited the Mama Tried Motorcycle Show. The event was sponsored by Harley-Davidson.

The indoor invitational featured more than 100 motorcycles from all sorts of manufacturers. They even had some motorbikes all the way back from the 1900s! A number of vendors could be found throughout the building selling everything from artwork to clothing, accessories and even tattoos. Guests were also treated to an after-party at The Rave later that day, welcoming metal bands from Weedeater to Metallica tribute band One.

The show also welcomed notable people in motorcycling, such as Tom C. Christenson. Christenson was one of the biggest drag-bike racers in the world, whose record-earning “Hogslayer” bike went from zero to 180 mph in just under eight seconds. A documentary on Christenson played at the Mama Tried show as part of its Motorcycle Film Fest while the Hogslayer bike was on display at the show floor in the Eagles Club Ballroom.

Christenson told Urban Milwaukee that he especially appreciated the emphasis on old-school bikes at the show and loved seeing everybody there. “It’s a beautiful thing to get all these people together once in a while,” he said.

Our photos capture that action. 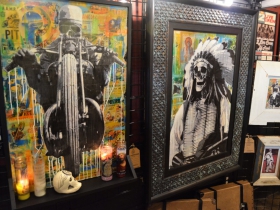 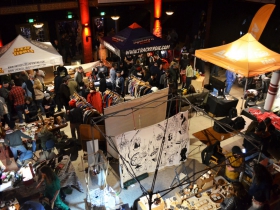 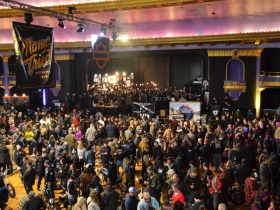 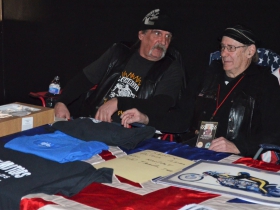 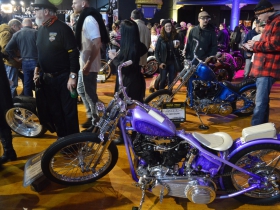 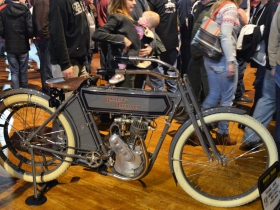