Local Technology Could Be Revolutionary

How a new water contamination sensor was developed at the Global Water Center. 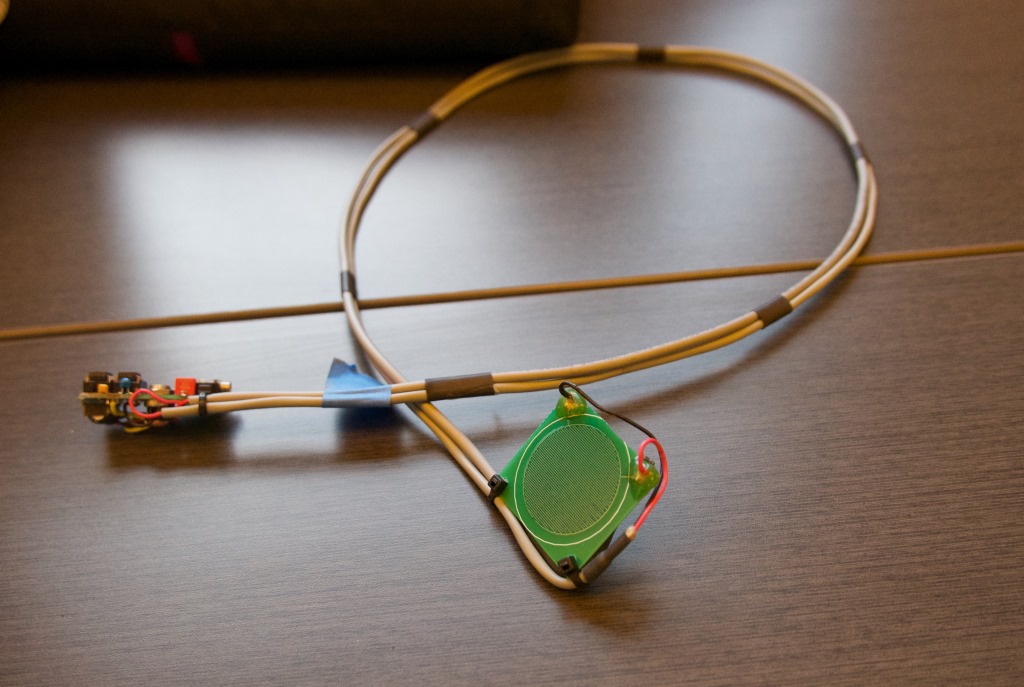 An almost certainly revolutionary technology has emerged from UW-Milwaukee’s Water Technology Accelerator, in what might be seen as a product of serendipity or inspired intellectual curiosity… or the uniqueness of Milwaukee’s water hub.

The UWM Accelerator is part of the Global Water Center, located in Walker’s Point, and its focus is on turning research into technology. And according to the creators, the technology was developed only because of a series of “accidents” they believe simply could not have happened anywhere else. The result is a water sensor that pushes testing for contamination to the frontiers of scientific imagination. 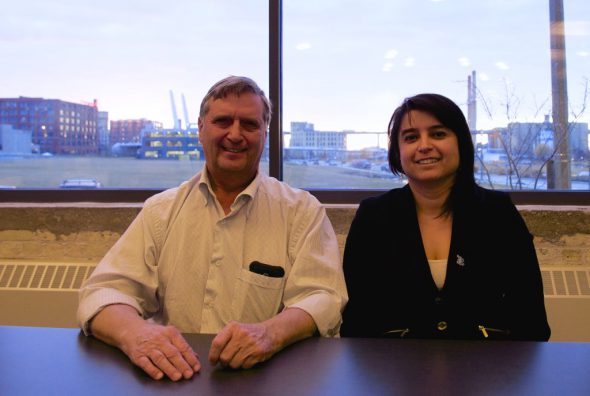 Marcia Silva is a professor and researcher with the College of Engineering and Applied Science and also the School of Freshwater Sciences at UWM. And she runs the lab called the Water Technology Accelerator or WaTA. She met Dave Rice, an engineer and president of Rice Technology LLC, when Rice accidentally received mail meant for WaTA.

Rice had been in the Global Water Center, “selling my abilities as an engineer,” he says, since winning a grant from the Water Council which landed him there. But after meeting Silva, he started to lend his talents in the WaTA lab.

“My God, it was so sensitive it was unbelievable,” Rice says.

So they continued refining the sensor and, voila, before their eyes they had one of the most sophisticated sensors for water contamination ever developed. The sensor can measure any type of contamination, even biological contaminations. Along with the sensitivity of the technology, it analyzes data in real time.

“The standard method for measuring contamination takes in excess of 24 hours. Very messy very inaccurate. Mine can measure it in seconds,” Rice says.

Funding from investors will allow them to continue testing the sensor, Rice says, with the ultimate goal of licensing the tech to a large company that can diversify the technology and tailor it to a number of industries and technologies. And the latter point, the diversification of the technology, is really where things start to get interesting.

Rice’s sensor is super sensitive to contaminants. For example, laboratories use various kinds of purified water, such as distilled, de-ionized and ultra-pure water. The sensor was capable of detecting the different types of water. When they discovered that, Silva said they began to fully understand the impact this technology could have. Like, maybe it could detect viruses, Silva thought.

Keep in mind, this was a sensor whose sensitivity was first discovered while detecting for bacteria in lab water. And now, at this part of the story, Silva was telling a skeptical Rice she thinks it might be able to detect viruses, too.

And it did. Silva was able to secure two different viruses for testing, and the sensor detected them both, each with unique signatures. And viruses are among the smallest disease-causing organisms.

And so the huge potential of the sensor was beginning to dawn on Rice and Silva as they imagined the great asset it could be to important industries and human health.

Water-intensive industries like fisheries and the manufacture of semiconductors, which are in just about everything, including the device you’re reading this on, can benefit from the efficient detection of contamination the sensor offers, Rice notes. The sensor can even be made into a tube so that it can measure fluids in real time as they pass through it like piping.

Continuous real time testing, instead of sample testing, means discovering your drinking water has been contaminated before it makes it into your cup.

So, if somewhere down the line lives are saved by early detection from this technology, then this writer will be thankful that Rice received the wrong mail that day. Serendipity or not, that chance encounter is the sort of ex nihilo (“out of nothing”) creation that Silva says is baked into the cake at WaTA.

“That’s how things happen here,” she says. “It’s not in an official meeting that great ideas happen.”

2 thoughts on “Local Technology Could Be Revolutionary”