By Gretchen Schuldt, Wisconsin Justice Initiative - Feb 16th, 2018 11:24 am
Get a daily rundown of the top stories on Urban Milwaukee 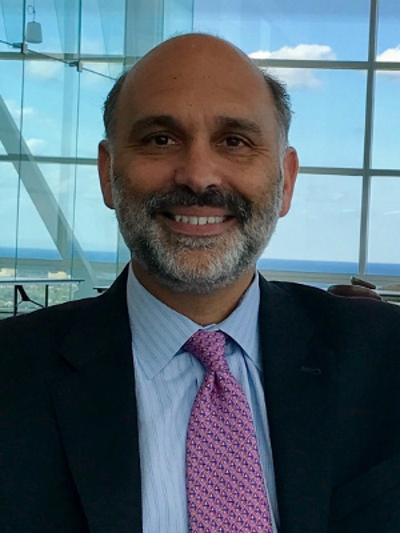 Criminals came from public schools, birth control pills are an assault on nature, and legal recognition of gay marriage could open the door to polygamy, according to Gordon Giampietro, President Trump‘s nominee to be a federal judge in Milwaukee.

Giampietro in 2014, commenting on a blog post, also wrote that “calls for diversity” are “code for relaxed standards (moral and intellectual),” Buzzed reported Thursday. The story included additional information about Giampietro, including comments he made during two interviews with radio host Lydia LoCoco and links to the audio of the shows.

The in-house lawyer for Northwestern Mutual Life, Giampietro is not a member of the Wisconsin Bar (he quit it in 2008), but is a member of the conservative Federalist Society. His court-room experience is limited: he has litigated, he told the U.S. Senate Judiciary Committee, about 31 cases to conclusion in his entire career. The number includes cases where he was not the primary lawyer.

His comments about public schools came during a 2002 interview with the Milwaukee Business Journal. Giampietro, a strong supporter the Milwaukee Parental Choice voucher program, said his views about the program were affected by what he saw growing up in Washington and by having a university professor for a father.

“I grew up next to lawyers, architects and crack dealers,” he told the paper. “The common denominator I saw was that the children who succeeded in Washington were in private schools, and the children who turned out to be criminals were in public schools.”

Giampietro, as a Choice advocate, appeared in opposition to a 1999 bill in the Wisconsin Legislature that would have prohibited discrimination against voucher school students based on “sex, race, religion, national origin, ancestry, creed, pregnancy, marital or parental status, sexual orientation or physical, mental, emotional or learning disability.”

Giampietro also told the conservative Heritage Foundation that an earlier Wisconsin Department of Public Instruction effort to ensure that voucher students enjoyed Constitutional protections “would have been an extraordinary expansion of government control.”

In 2014 and 2015 interviews with LoCoco on Relevant Radio, Giampietro explained some of his views related to sexual orientation. Recognition of same-sex marriage, he said, would undermine the “very idea of marriage.”

[inarticlead[LoCoco talked during the July 2014 interview about Thomas More, who was beheaded after refusing to recognize King Henry VIII as the head of the Church of England. More, she said, went to his death to follow his conscience and follow his God.

“Do you think those times are coming?” LoCoco asked.

“I think we always have to be prepared for them,” Giampietro responded. “Is it going to happen this year or next year, it’s hard to say. But I think at the end of the day, we’ve reached a point of, we’ve moved beyond civil society. When the government doesn’t allow people to disagree with it, to live in peace, what options are you giving those people to carry on? … It sounds alarmist, it sounds crazy, but we’re entering a very dangerous time in our history.”

In the July 2015 interview, not long after the U.S. Supreme Court did recognize gay marriage, Giampietro opined: “Given this constitutional principle that the Court has laid down there really is no principled reason polygamy isn’t the next thing to go. … There’s no limiting principle here. There’s no reason why it couldn’t be these other arrangements. …”

“The seeds for this problem go back decades, right?” he said. “As soon as the contraceptive mentality set root, what is the articulation for why marriage should be with opposite-sex couples? There isn’t one, unless society agrees that it has to do with the raising of children. And so we really are reaping what we sowed a few years ago.”

LoCoco continued the theme. “So when my husband rants and raves about every problem in the world and his answer to everything is, ‘It was the pill! It was the pill! He’s absolutely right. I mean, in a sense.’”

“Yes. Yes,” Giampietro said. “Because that’s an assault on nature. And anytime you assault nature there’s gonna be a backlash. And that’s what we’re seeing today. In all kinds of ways, not just with respect to contraception and marriage. Whenever you go against God’s plan, bad things are gonna happen.”