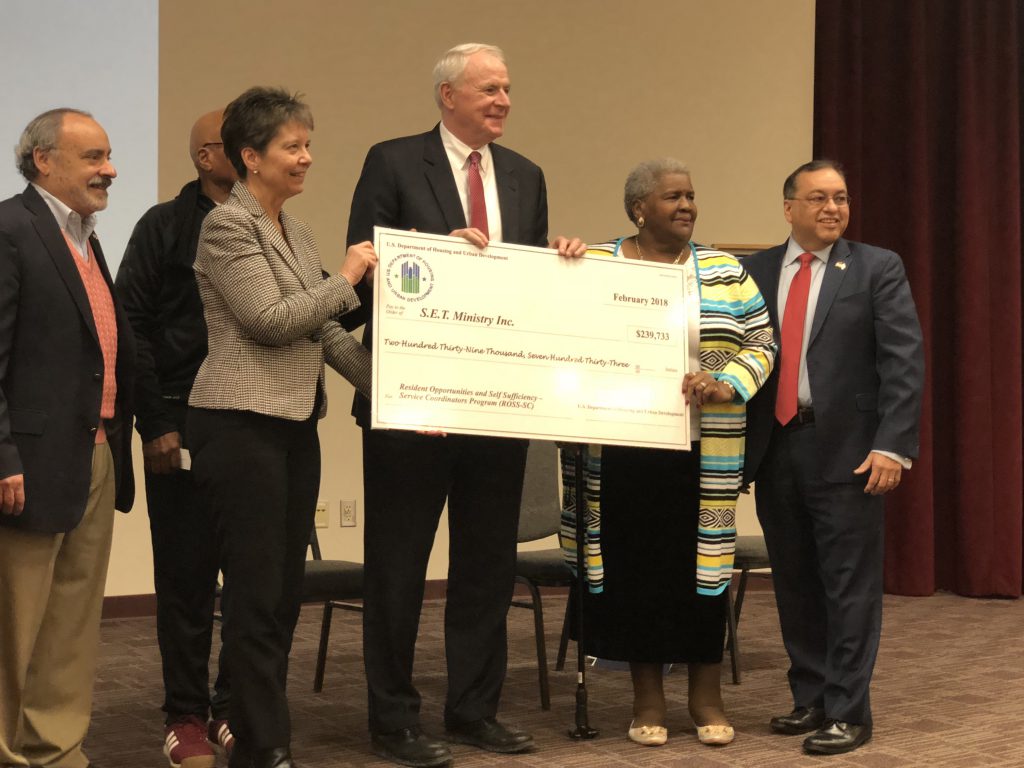 The federal government has awarded nearly $240,000 to a Milwaukee non-profit that helps put Milwaukee public housing residents on the road to self sufficiency.

The grant comes from the U.S. Department of Housing and Urban Development and was announced Tuesday morning at the Housing Authority of the City of Milwaukee‘s (HACM) Hillside Terrace Resource Center. “Anytime you get money, it’s a great occasion,” said event emcee and facility manager Ann Wilson.

Receiving the funds will be SET Ministry. The organization is led by President and CEO Laurene Gramling Lambach, who said the grant will help the group “co-create healthy neighborhoods with the people that live there.” Lambach noted that in 2017 alone the organization made 5,000 home visits, helped prevent 237 evictions and helped lift 46 families out of homelessness. The organization connects people with the city’s senior centers, supports relationship development between teachers and students at public and private city schools and connects senior volunteers with students for tutoring at Milwaukee Public Schools.

Lambach introduced William Carter, a resident of HACM’s Cherry Court development at 1525 N. 24th St., who talked about his experiences with HACM and SET. “When I moved to Cherry Court I thought I was just going to watch television and let the television put to me to sleep,” he said. Carter is now a leader of the development’s on-site garden and said he lived off the garden for two months this summer on a vegetarian diet. About SET Ministry, Carter said: “they have something for you to do, if you’re willing to do it.”

HUD’s Midwest Regional Administrator Joseph P. Galvan was on hand to announce the grant. Galvan noted the award is one of 118 — of 240 applicants — that HUD is making. SET is the only awardee in Wisconsin. “I guess I’m two for two, I’ve been here twice and two grants,” said Galvan. HACM executive director Tony Perez quickly shouted “we’ll see you next week!”

Galvan was here in January for a much bigger award, of $23.8 million, given to Wisconsin Homeless Programs.

The grant comes from the federal Resident Opportunities and Self Sufficiency program. “The funding gives our partners the funding they need to help residents become economically self sufficient,” said Galvan.

Mayor Tom Barrett joked, “I told [Galvan] he is my favorite federal official at this point. He has continued to focus his energy on the people he serves.” Looking at Galvan, Barrett said, “I hope getting praise from me does not cost you your job.” Galvan was appointed to his post in December by President Donald Trump, having previously served in the role under President George W. Bush. HUD is led by Secretary Ben Carson.

Barrett said the partnership with SET is very important, noting HACM seeks to provide “decent housing and a path to self sufficiency.”

“This is government working to allow people to help themselves,” Barrett continued. “We all share that goal, and this is a great day of celebration.” Added Perez: “If SET Ministry wasn’t around it would have to be invented.”

Perez said the non-profit’s work is important “to ensure that McKinley Boulevard doesn’t become a new divide between here and what’s happening over there” — pointing towards the nearby construction of the new Bucks arena.

SET Ministry is now part of Unison, Inc., a new non-profit formed by the merger of Interfaith Milwaukee and SET. Lambach leads the combined organization. 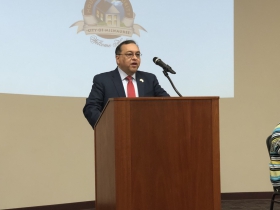 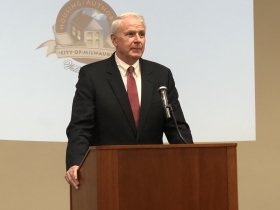 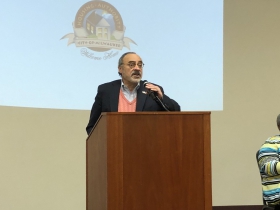 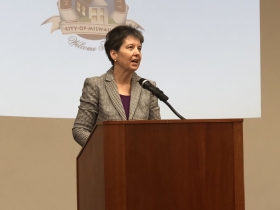 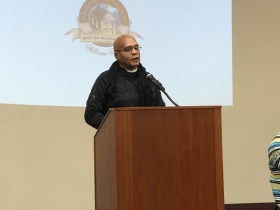 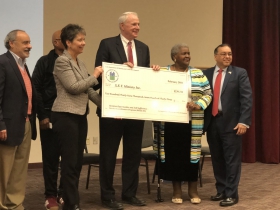