SmallPie is brainchild of Honeypie's owner. Yes, it will offer pies.

By Isiah Holmes, Wisconsin Examiner - Feb 13th, 2018 11:55 am
Get a daily rundown of the top stories on Urban Milwaukee 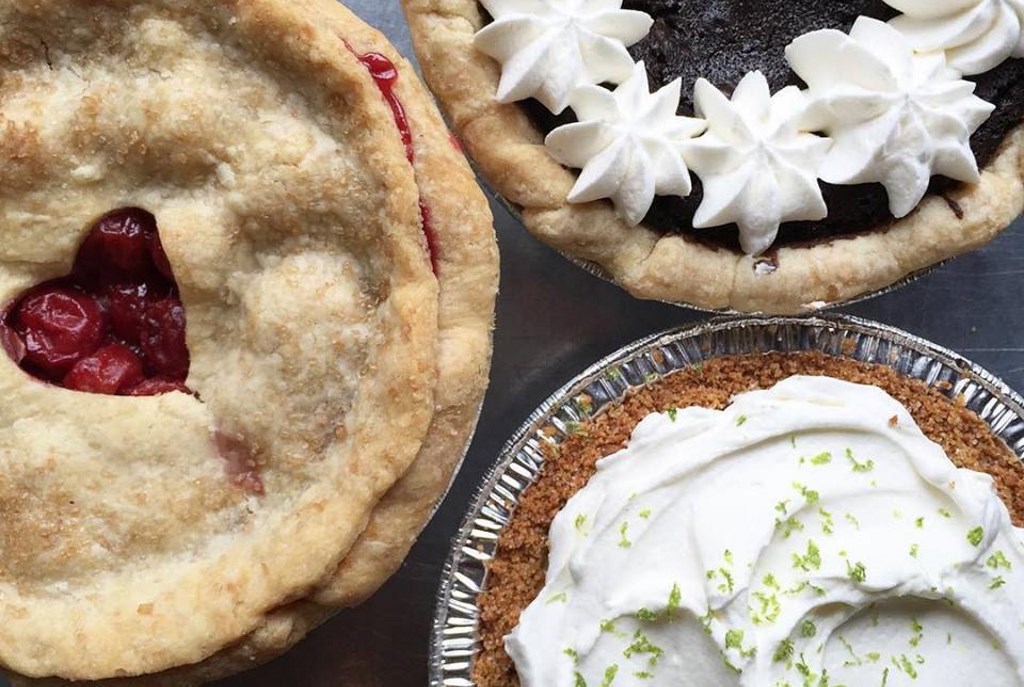 SmallPie to open at 2504 E. Oklahoma Ave. Photo from Facebook.

An array of sweet and unique baked goods are coming to Bay View in the form of SmallPie. The new cafe at 2504 E. Oklahoma Ave. will occupy a former gas station and serve up menu items commonly associated with another Bay View restaurant.

The business is the brainchild of Valeri Lucks, co-owner of Bay View restaurants Honeypie Cafe and Palomino. Lucks was also involved in converting Comet Cafe from a small cafe to a full-fledged restaurant on the city’s Lower East Side.

Honeypie is praised by customers for its varied food options, including vegan and vegetarian offerings, but most importantly, pie. The restaurant makes a long list of rotating, made-from-scratch pies, along with cupcakes, cookies, biscuits and muffins. SmallPie will have similar offerings, though with a cozier presentation. The SmallPie location is just 1,000 square-feet according to city records.

The building, built in 1933, sits on an island in the middle of the intersection of E. Oklahoma Ave, S. Delaware Ave. and S. New York Ave. Lucks intends to build an outdoor patio on a portion of the parking lot.

A liquor license application says that Lucks will operate SmallPie daily from 7 a.m. to 9 p.m. The building is owned by developer Scott Genke. Lucks, through SmallPie Inc., has a lease for the building through 2023 with an option to renew.

The restaurateur told OnMilwaukee that the restaurant could open as early as June.