Rising From the Ashes of Growing Power

By Isiah Holmes, Wisconsin Examiner - Feb 12th, 2018 11:11 am
Get a daily rundown of the top stories on Urban Milwaukee 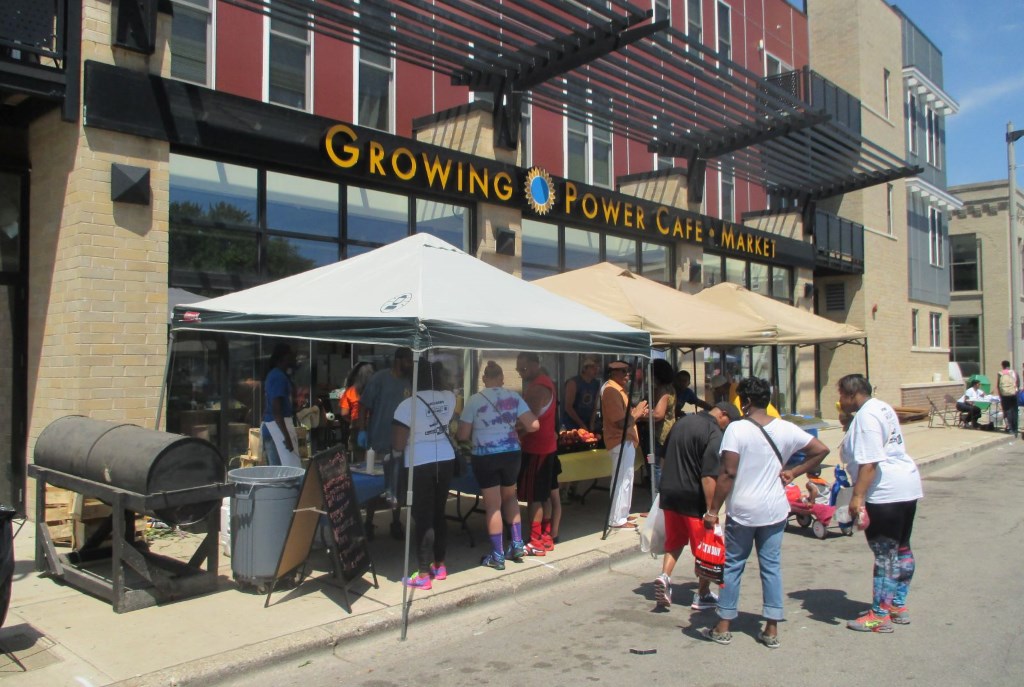 A new business, the Rise & Grind Cafe, is paving new stomping grounds on Martin Luther King Drive. Taking the place of the Growing Power Cafe and Market, Rise & Grind aims to position itself as a community asset. From organizing community events to offering a welcoming place to catch a warm breakfast or a filling lunch, the possibilities seem endless. This is will be the second location for Rise & Grind, which also has a cafe at 6007 N. Teutonia Ave.

Rise & Grind’s menu ranges a full spectrum of eatery delights, from grits with toast and eggs beside steaming coffee to deli sandwich dressed with sides. Vegetarian options are also available. The innovation goes beyond the menu, however, delving into the restaurant’s very concept.

Co-owner Baboonie Tatum says the cafe also hopes to become a business hub for the community. Tatum and co-owner Larina Hightower have spoken on multiple panels throughout Milwaukee regarding building small businesses.

“We also want to promote entrepreneurship,” she told Urban Milwaukee. Rise & Grind, besides serving tasty meals, will invite local business owners and entrepreneurs to “set up booths, or a table,” Tatum explained. It’s a small piece of a wider push to encourage the growth of local small businesses and revitalization efforts. Tatum adds that they’ll rarely if ever be politically-themed.

Rise & Grind’s co-owner also touched on what it means for them to move into the former Growing Power business space. Growing Power featured local produce with a focus on providing sustainable, healthy food to the community. When its owner Will Allen retired in 2017, however, the community was alarmed by Growing Power’s uncertain future. The business was left with financial and legal problems after Allen left.

Baboonie Tatum conceded she felt some “pressure” from taking over Growing Power’s business space, given Allen’s local and national reputation: “kind of an influential guy,” she noted, but emphasized that Rise & Grind is “trying to put our own spin to it” and keen to fill the void Growing Power left. “We’re defiantly excited about the venture, about what we’re doing.”

The restaurant thanks all its supporters from non-profits to customers and community leaders who’ve helped it succeed. Rise & Grind hopes to become a multi-faceted asset to the Martin Luther King Drive community, hosting book clubs, classes and community events. The cafe, located at 2737 N. Martin Luther King Jr. Dr., will be open 7 a.m. to 5 p.m. Tuesday to Friday and 9 a.m. to 3 p.m. Saturday.