Milwaukee-based BizStarts and BrightStar are two of the state grant winners. 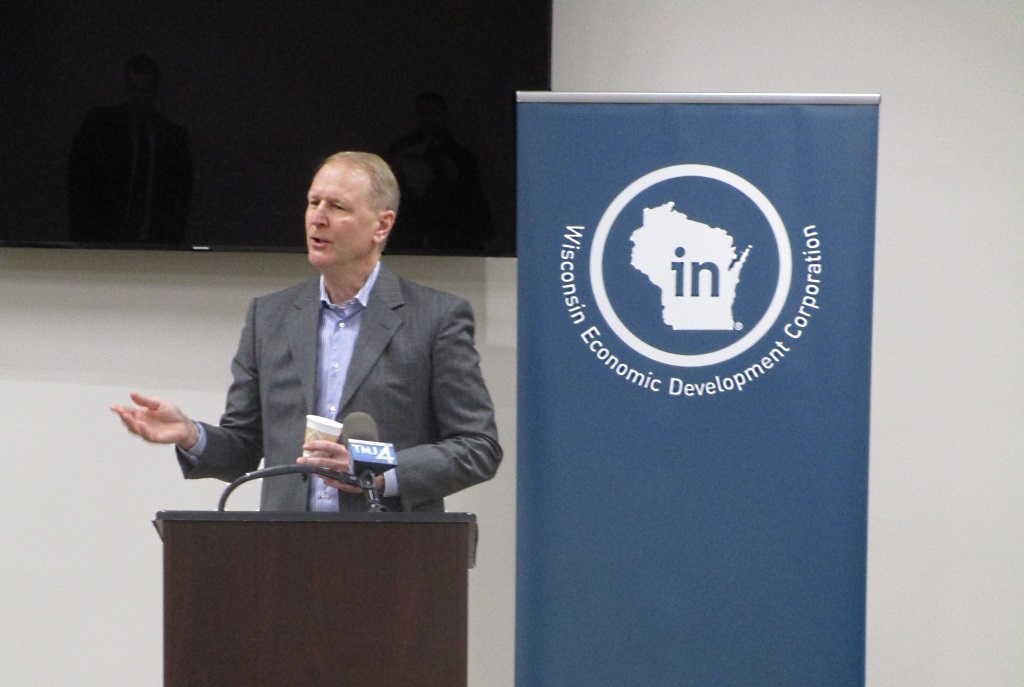 WEDC representatives, local entrepreneurial officials and Lt. Gov. Rebecca Kleefisch attended a news conference at Schlitz Park to discuss the grant funds and how they will impact Milwaukee and the rest of the state.

BizStarts was given $80,000 to continue carrying out its mission of providing long-term coaching to entrepreneurs in underserved and low-wealth neighborhoods in Milwaukee.

BrightStar, which has held multiple iterations of its HATCH entrepreneurial pitch program in 2017, was awarded $65,000 for additional offerings this year.

In all, WEDC this week announced it is dolling out $500,000 in grants, and nearly a third of those funds are being funneled into programs aimed at benefiting upstart businesses in the Milwaukee area. 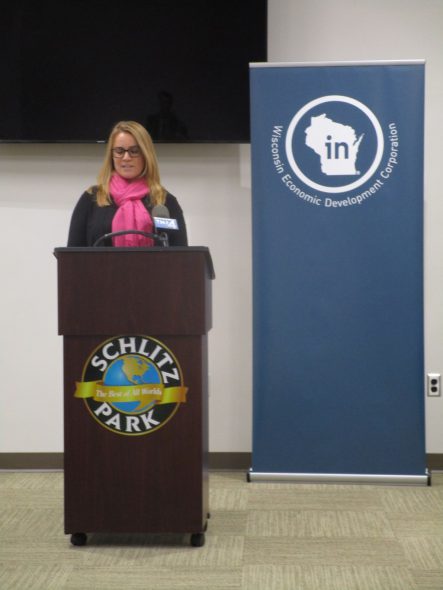 Elizabeth Lundberg, who settled into her role as the executive director of BizStarts in December, said the WEDC’s funding will go toward the organization’s partnership with Launch MKE for cohort-based education programs.

Program participants will attend classes lasting 12 months in totality, divided into three semesters. The budding business owners will receive such services as one-on-one coaching and marketing and outreach support.

Collaboration, Lundberg said, has been, and continues to be, at the heart of BizStart’s mission statement. By linking arms with Launch MKE, Lundberg said the two entities will be able to build on past efforts to bring a new pipeline of opportunities to some of Milwaukee’s core neighborhoods.

“Our goal is to partner on a neighborhood-by-neighborhood basis,” said Jay Mason, president of Launch MKE. Bronzeville and Sherman Park are among the neighborhoods that have benefited from Launch MKE’s services.

Tom Shannon, president and CEO of BrightStar Wisconsin Foundation, said the WEDC funding will advance the HATCH entrepreneurial pitch program, which was launched through a collaborative effort with NEWaukee last year.

“We are absorbing the burden of government,” Shannon said as he discussed how programs such as HATCH play into job creation initiatives and leadership opportunities.

While HATCH was, um, hatched in Milwaukee, it has grown in its relatively brief life. Local iterations of the competitive program were launched in central Wisconsin communities, including Marshfield, Stevens Point, Wausau and Wisconsin Rapids.

Gov. Scott Walker created WEDC as a public-private agency not long after he took the reins of the state in 2011.

Kleefisch touted the WEDC and the boost she said it has provided to businesses across the state.

“Entrepreneurs launching successful new ventures are an important ingredient for the prosperity of their communities and the entire state,” Kleefisch said.

She added, “The projects funded by these grants will provide key resources, address unmet needs in communities with unique challenges and help to build a statewide culture that celebrates and encourages entrepreneurs to pursue their dreams.”

While WEDC’s scope is statewide, Mark Hogan, secretary and CEO of the agency, said the rubber truly meets the road within the heart of each community.

“Economic development is most effective when it’s done at the local level,” Hogan said. “We have a fairly strong track record of promoting entrepreneurs in this state.”

One thought on “Startup City: WEDC Gives $500,000 To Entrepreneur Groups”