By Bruce Murphy and Graham Kilmer - Jan 8th, 2018 06:05 pm
Get a daily rundown of the top stories on Urban Milwaukee 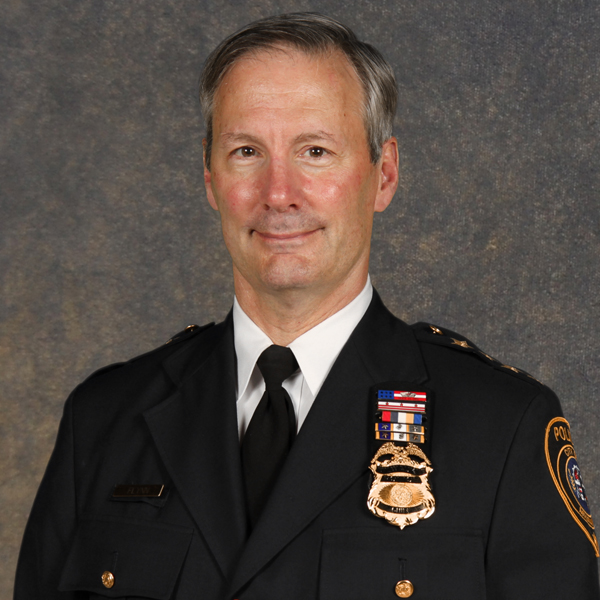 Milwaukee Police Chief Edward Flynn made a surprise announcement of his retirement today, after serving 10 years as chief and instituting many reforms in the department. He began his impromptu press conference by noting that the day before was the 10th anniversary of his swearing in as chief, and roughly eight minutes after he started speaking he announced he would be leaving.

Flynn was the fifth longest-serving chief in the MPD’s 162-year history and the first, since the law was changed to institute a four-year term of office, to be reappointed, not once but twice. He will retire on February 16, nearly two years in advance of the end of his third term, scheduled to expire Jan. 7, 2020.

Flynn modernized the department in many ways, greatly improving its computer systems and emphasizing a pro-active, data-oriented approach to fighting crime, and the result was a steady decrease in crime in Milwaukee over his first six years. He also emphasized more beat cops, fewer detectives and neighborhood-savvy, community-oriented policing. In the last couple years, however, there has been an increase in some crimes, and increasing criticism of his department, with calls for reforms, particularly after a draft report of an unfinished federal Department of the Justice review of the MPD’s policies and practices was released. Milwaukee Common Council members pushed for Flynn to change to a more aggressive policy on police pursuits, and the Fire and Police Commission (FPC) ordered Flynn to do so or face discipline. In response he changed the policy.

“Ironically, in my experience, demands for change, and the ensuing reforms, often, years later, result in demands for reforms of the reforms,” Flynn’s statement noted. “Yesterday’s innovation becomes today’s status-quo, it seems, as the political environment is ever-changing.

Flynn, 69, was first appointed in 2008 and made his announcement just days before he was scheduled to go before the FPC for a performance evaluation. In the last year or so, Flynn has seemed increasingly frustrated by criticism of him and his department, while Milwaukee Common Council members criticized him for a failure to communicate with city officials.

The FPC will select an acting chief “from within the department,” it said in a news release.

Flynn came to Milwaukee with a reputation as one of the most innovative police chiefs in the nation and during his time here was asked to testify at the Senate Judiciary Committee hearing on the “Assault Weapons Ban of 2013” and to speak at the President’s Task Force on 21st Century Policing i2015.

“Becoming Chief in Milwaukee was the fulfillment of a career dream,” Flynn noted in his statement. “I promised the residents of this city when I was first sworn in that, ‘I will not let you down.’ I have done my professional best to fulfill that promise.”

From the beginning of his tenure here Flynn announced he would be a very different kind of police chief. “Our measure of success will not be the number arrests” or “the number of traffic citations” or “response time to non-emergency calls,” he declared upon taking office. “Our measures of success will be the reduction of crime, fear and disorder in Milwaukee.”

Flynn convinced the Greater Milwaukee Committee to help fund technological improvements in the department, hired the department’s first crime analyst and added more such staff over the years, created a Neighborhood Task Force to target hots spots susceptible to violent crime, redrew the lines of police districts with a goal of following historic neighborhood lines and crime patterns more closely, changed the police response to put more emphasis on serious crimes, instituted Roll Call in the Streets to provide a visible police presence and to emphasize the connection of officers to the community, instituted the Shot Spotter technology to more quickly respond to gun violence, and created a Merit Awards program to recognize exemplary service by officers.  Under his leadership the department won numerous federal grants to make changes and improvements in the department.

“I was brought here to be a change agent and a change agent I have been,” Flynn noted. “Citizen complaints and uses of force are at all time lows. By any objective standard it is a model agency. What I leave behind isn’t necessarily programs or policies, for strategies and tactics. What I leave behind are high quality people who have demonstrated… a commitment to the city.” He noted that he hired one third of those now working in the department.

Under Flynn’s leaderhip crime steadily declined in Milwaukee through 2013, only to begin rising in the next two years. “We had two very tough years for homicide in 2015 and 2016,” he said. But other crimes declined in 2016 and 2017. Overall, the level of crime is still far below the level he inherited. The recent drop in crime, especially in homicide, encouraged him as he pondered his retirement, Flynn said: “I wasn’t gonna be leaving in the middle of a crimewave.”

Flynn expressed gratitude to Mayor Tom Barrett for his consistent support and Barrett praised the job Flynn did, noting that “10 years is an eternity as a police chief in a major American city… You have earned this recognition, you have earned the right to retire.”

But ultimately, all the changes instituted by Flynn also won him critics, as he acknowledged. “In the world of policing it is far safer to fail conventionally, than it is to innovate.”

But Flynn said his decision to retire is not related to the friction he has been receiving lately from the Common Council. “Quite honestly there were times I thought over the last year or so, ‘Gosh I could save them so much heartache if they only knew that all their troubles will soon be over.’”

“I don’t know what they’re going to talk about now.”

More about the Retirement of Chief Flynn