BMO parking garage going down so 25-story tower can go up. 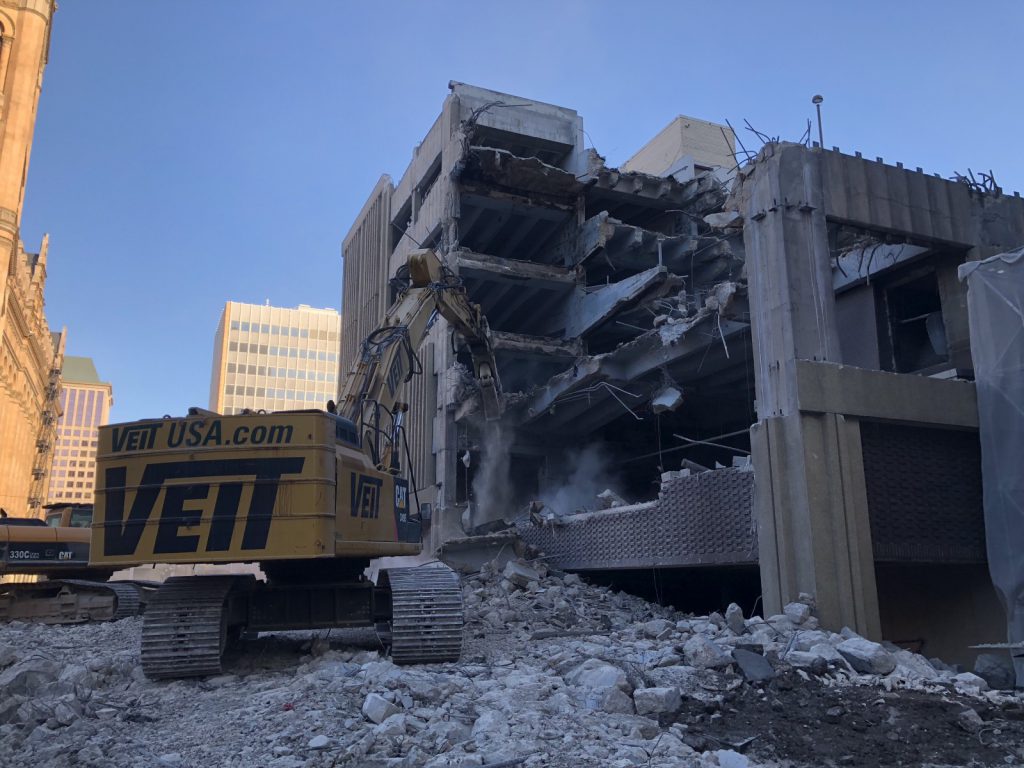 Friday Photos typically focuses on things going up, but occasionally we’ll check in on a project that is going down. This week we stop by the demolition of the BMO Harris Bank parking garage at the southeast corner of N. Water St. and E. Wells St. Viet & Co. is currently taking down the garage in advance of real estate developer Irgens building a 25-story, $132-million tower on the site.

The office tower, to be known as the BMO Tower, will include 359,920 square feet of office space and 18,994 square feet of retail space. Contracting firm J&H Findorff & Son, Inc. will lead the construction of the new tower. Kahler Slater is serving as the project architect.

City records list the garage as being built in 1967 in conjunction with the 21-story M&I Bank tower. Long the largest Wisconsin bank, M&I was acquired by Chicago-based BMO Harris in 2011.

As part of big redevelopment scheme, Irgens will also redevelop the existing tower. That part of the project won’t start until 2020 at the earliest. 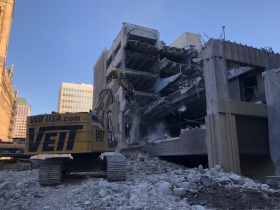 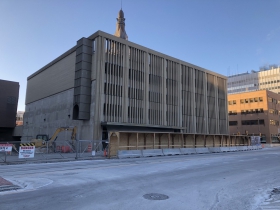 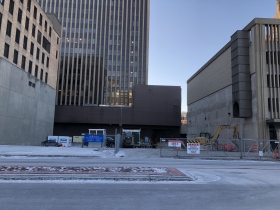 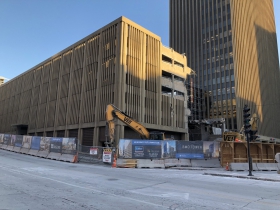 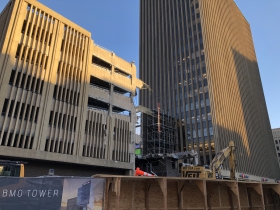 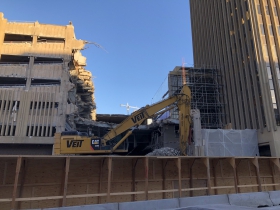 The new tower is planned to top 335 feet, roughly 50 feet taller than its current building. When finished it would be the 12th tallest building in the city. BMO will be joined in the building by law firm Michael Best & Friedrich, who will occupy the new tower’s top floors. Additional office space is available for lease.

Efficiency improvements in parking garage design will allow the new 647-stall garage to occupy a smaller footprint than the current garage. The garage, which includes one underground level, will be available to the public. Electric car charging stations and a car wash are planned for inclusion in the garage.

The new tower will include many amenities, including a shared, multi-media conference center, common tenant lounge and terrace on the 11th floor and tenant fitness center. The standard floor plate in the building is 25,000 square-feet, with nine-foot, six-inch ceilings. Every floor will include floor-to-ceiling windows and column-free corners.

BMO is scheduled to move into the building in December 2019.

For more on the project, including a closer examination of the building’s design, interior renderings, details on how Irgens put the deal together and how the project is being financed, see our coverage from the groundbreaking.

One thought on “Friday Photos: A Downtown Teardown”