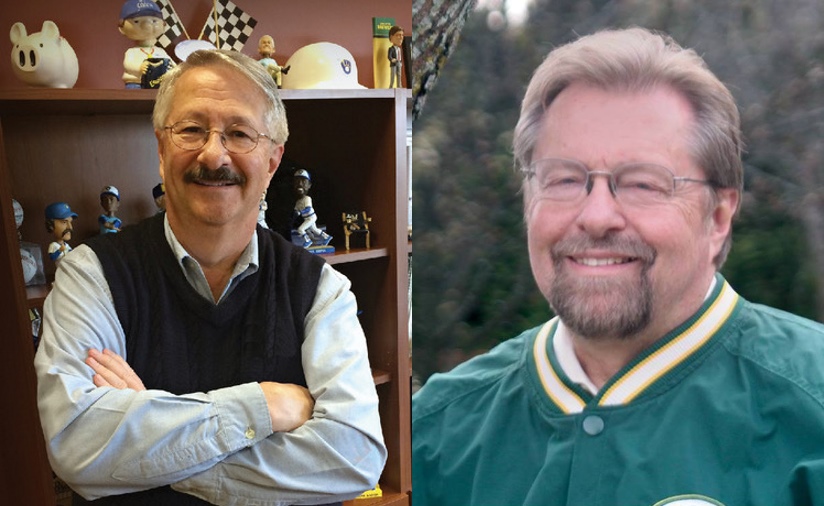 If I were Dennis Degenhardt and running for the 58th Assembly seat left vacant by the premature death of Bob Gannon, I would not run as just a Democrat, I would run as a Democrat/Independent.

Even though Donald Trump carried the county by 68%, making it one of the reddest counties in the country, the Trump/Clinton race was an aberration. The contest between Degenhardt and Republican Rick Gundrum on Jan. 16 looks to be more of a standard run-off, but one that will carry overtones of state and national politics.

Remember that 40% of the electorate identifies itself as independent of either party and therefore will have a pivotal role in the outcome in the 58th. Trump got the independents in the district.

Conventional wisdom would be that Gundrum is a shoo-in is this red part of the world. But it’s not that simple, because the Republican Party has left a lot of daylight to run to up the middle.

First, there is the Trump factor. Trump has his thumb on every political scale in the country, plus or minus, even in local races like this one. Despite his legislative victory with the tax cut law, his national base is still a low one-third of the voters. Further, the tax bill doesn’t poll all that well with most Americans.

Then there is the Scott Walker factor. He is also a divisive figure. Almost half of Wisconsin voters disapprove of the governor and just less than half approve. The response to Walker’s union busting Act 10, positive and negative, will never go away. It is his signature.

Therefore, it was the swing votes that decided the last two Walker races in his favor.

It is those independent votes that Degenhardt needs to go after to have a chance at winning the 58th District.

Gundrum is running a standard GOP campaign. He is centering his message on lower taxes, highlighting his record while serving as Washington County Board chairman. He will promise lower taxes at the state level, as Walker has done. Taxpayers like lower taxes, but is it the only issue?

This special election will be a window into whether the electorate here cares primarily about taxes, taxes, taxes or other issues as well. Will they care less about state tax levels now that most are getting a break on their federal taxes, liberal rhetoric to the contrary notwithstanding? We’ll see.

Believe it or not, there are other issues.

Take the conservation issues: Republicans have been silent on the dead zone in the middle of Green Bay, probably the result of fertilizer/phosphorous run-off. No problem. The GOP turns a deaf ear to the findings of Asian Carp above the electric barriers to the Great Lakes. What carp? They have given a green light to high capacity irrigation wells in sand country where small bodies of water are drying up. Yeah, so?

I’m trying to remember when a Republican, or a Democrat for that matter, asked for Serigraph input on an industrial environmental issue? I know why I can’t remember, because it never happened. (Do I sound like Ann Coulter?)

Then there’s the cost of the delivery of health care in this country. Neither party can figure it out. They listen only to the boys inside the beltway (D.C. and Madison) who write the big campaign checks.

Here’s the major irony: Wisconsin is the center of innovation for health care reform in the private sector. Gundrum has helped to implement some of those reforms at the county level, but will he take on the Medical Industrial Complex where the non-profit CEOs take home $6 million a year while driving payers to near-bankruptcy. Change that: to actual bankruptcy in many individual cases. (Do I sound like Coulter? Help me. I’m getting crotchety.) The state GOP has been timid to dormant on health care cost reform.

Degenhardt will make the case to both sides of aisle and to independents that Wisconsin should be a pilot for best practice in the delivery of affordable health care for all.

How about reinventing the economy through entrepreneurs rather than through excessive subsidies to out-of-state companies. The GOP put up $25 million for a state venture fund in 2014; no deals done yet, as far as I know. It is putting up $250 million for the Bucks arena and $3 billion for Foxconn. (FYI: I have supported both high-risk bets.)

But, at $1 million apiece, we could launch 3,250 high growth companies with the equivalent money – companies like Epic, Exact Sciences and Buy Seasons that have created thousands of jobs at far less cost. It’s these entrepreneurial ventures that reinvent the Wisconsin economy.

Republicans pat entrepreneurs on the head and have advanced the ball on a bipartisan investment tax credit. But startups are not central to the GOP strategy. Degenhardt could point to four startups in West Bend that together have created more than 500 new jobs: Delta Defense, Epic Creative, Discount Ramps and Spaulding Clinical Research.

Both Gov. Jim Doyle and Gov. Walker have been whacking University of Wisconsin university budgets for more than a decade. We have lost our dean at UW — Washington County due to cost cuts, and, not surprisingly enrollments are dropping. UW – Milwaukee has been penalized, too. At some point, belt tightening becomes more like noose tightening. Does the GOP care?

So there is daylight up the middle on major issues for an independent view. We have anti-business Democrats on the left and fiscal hypocrites on the right (government debt keeps rising). Where would Lombardi run Paul Horning and Jim Taylor?

Hi diddle, diddle, right up the middle. To daylight.

6 thoughts on “Op Ed: Democrat Should Run Up The Middle”