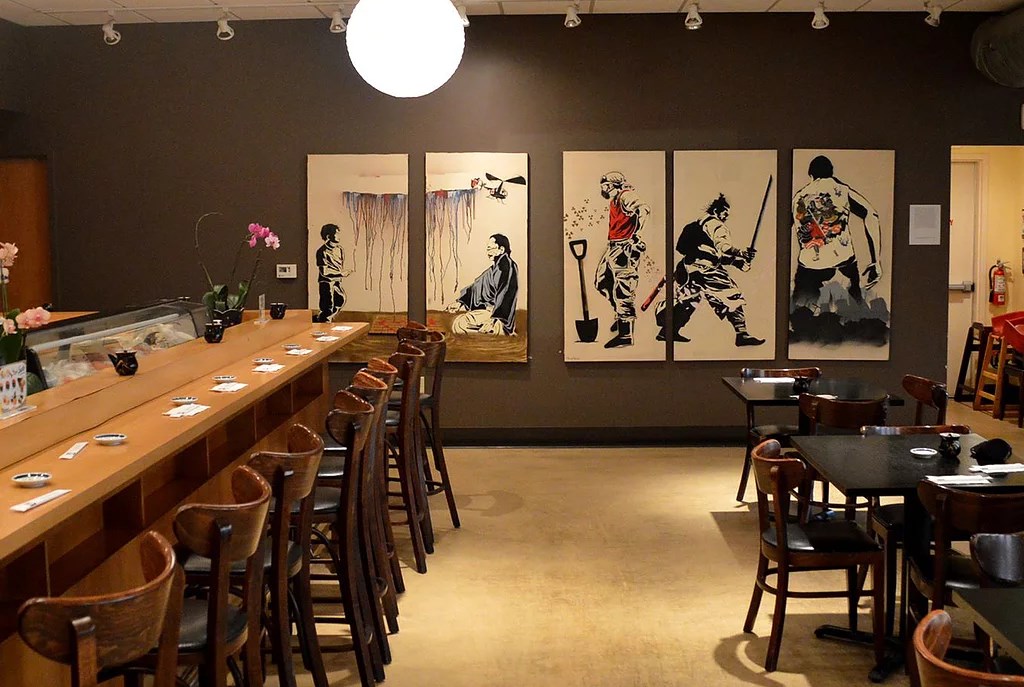 A second location of the Third Ward’s Kanpai is planned to open on the East Side. The owners hope to open Kanpai 2 in March, after taking over the space of Izumi’s (2150 N. Prospect Ave.) when their lease is up at the end of January. That is also big news because Izumi’s has operated in Milwaukee for 33 years, since 1984, and its owners would not say whether they are closing for good or may relocate somewhere else, although the latter sounds unlikely. Izumi’s owner Fujiko Yamaguchi “declined to say when Izumi’s last day of operation will be when contacted Sunday,” writes Carol Deptolla. As for Kanpai 2, she offers some details:

The menu largely will be similar to the original’s, Kim said, but it will have some Korean dishes that might appeal especially to international students in the neighborhood.

One of Kanpai’s owners, Jong Kim, said Kanpai 2 will be open daily. Kim is also involved with Char’d, which will open in the former Hinterland space at 222 E. Erie St.

A new option for healthy food to go is coming to the Chase tower. Grassroots Salad Company plans to open in the former Capriotti’s Sandwich Shop space (111 E. Wisconsin Ave.). Capriotti’s closed about a month ago, and the new restaurant aims to open in spring. Grassroots is locally owned by Peter and Louis Liapis, owners of the Oak Creek and Mount Pleasant Georgie Porgie Burgers and the Brookfield Square Grassroots Salad Company kiosk.

The restaurant will also features a build-your-own salad option, along with a juice bar offering a variety of fruit and vegetable juice blends. The new location is likely to offer an expanded selection of fresh juices, as well as a few additional menu items, including warm grain-based salads.

Grassroots plans to be open Monday through Saturday.

Vanguard owners Jim McCann and Chris Schulist may open a new bar. According to McCann, the partners have “highly tentative” plans, but are considering the location formerly known as Cloud Bar (111 W. Howard Ave.) in Bay View.

McCann, who said he lives in the neighborhood, said the bar would be along the lines of Bryant’s or At Random, south side bars where the focus is well-made drinks.

“We definitely want it to be modern and welcoming and a cleaner kind of look,” he said.

He shied away from the term upscale. “It has to have that corner bar feel. It has to be a place for the people,” he said.

So far there are no plans to open a kitchen at the bar, and McCann and Schulist will make more definitive plans in the coming weeks.

Chicago couple Adam and Melissa Weber have purchased both the Irish Pub business (124 N. Water St.) and its building for $1.35 million.

So far, minimal changes are on tap for The Irish Pub, which first opened in 2006. Weber said he plans, for the first few months as owner, to observe the day-to-day operations, as well as receive feedback from staff and patrons, before deciding whether any tweaks are necessary…

The Irish Pub has been closed the past few days as the new owner has come aboard and received the necessary approvals from the city of Milwaukee. It planned to reopen Monday.

Weber is a restaurateur from Chicago, where he is involved with Bar Takito and Takito Kitchen. Weber said he is open to other opportunities in the Milwaukee area.

Kneisler’s White House (2900 S. Kinnickinnic Ave.) will close at the end of the year now that owner Sean Raffaelli has sold the building.

Although he would not disclose the new owners, he says the bar “is in good hands” and will remain open until Jan. 1. The bar will then close for an undetermined amount of time for remodeling.

The White House will host “End of the World” parties on both Dec. 30 and Dec. 31 to celebrate the 126-year old tavern that is one of the oldest in the city.

The article says Raffaelli “plans to focus on his other real estate properties.”

”We want to thank everyone for a great 4 years! Family & friends & all the folks we met along the way. We have a break in our lease & will be moving onto the next adventure (in a smaller space, seriously!) Cheers! Stay tuned for the next project… “

Megan went on to say in a later conversation with Snyder: “We are going to take some much needed time off until the New Year. I’m gonna clean my house and get my plates renewed. … You know, all the fancy things in life.”

On Friday, a statement on Valhalla’s Facebook made it official:  The Scandinavian bar and restaurant at 1111 N Old World 3rd St., and owned by Ken and Melissa McNulty, will be closing. The two also own Wisconsin Cheese Mart and Uber Tap Room. Melissa McNulty spoke with Fredrich:

“We really put our heart and soul into the concept,” she said. “But, in the end, we weren’t able to put the energy into running the business that it deserved. Ultimately, we had to make the decision to devote our energy to the cheese business and tap room.”

She did note that a buyer has come forward for the building; however she added that she could not disclose information on plans for the space at this time.