Columbia Prison at 153% of Capacity

Inmates sleep on the floor because there are not enough beds. Part 4 in a series.

By Gretchen Schuldt, Wisconsin Justice Initiative - Dec 15th, 2017 02:32 pm
Get a daily rundown of the top stories on Urban Milwaukee 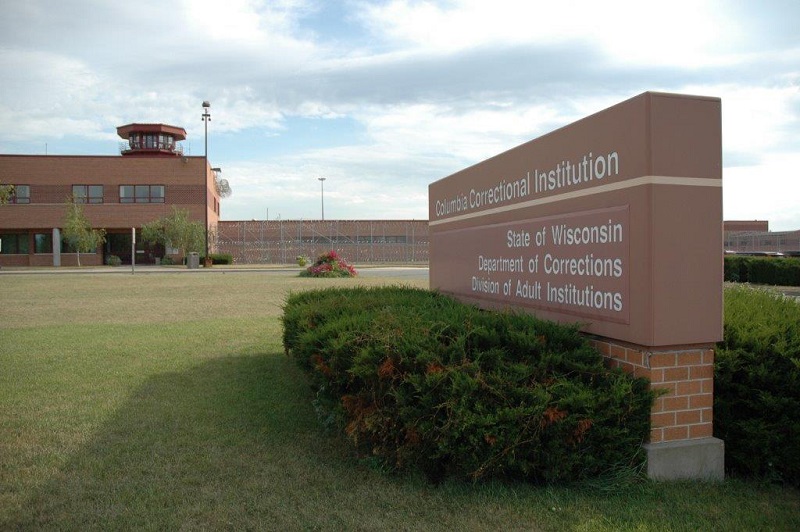 Inmates at Columbia Correctional Institution sleep on the floor because there are not enough beds, according to a Department of Corrections budget request.

Others are released from prison directly from a solitary confinement unit where they “are single celled, have no movement, eat in cell, recreate alone or segregated, and have very limited property.”

The State Legislature and Gov. Scott Walker said no and established a study committee to discuss the state’s prison needs.

What could go wrong?

This is part 4 in our series on Wisconsin prisons, how crowded they are, and what the Department of Corrections said is needed to improve, repair, and maintain them.

And here is a link to a video of State Rep. Evan Goyke‘s presentation, titled “Inmate 501: Converging Problems in Wisconsin’s Prison System,” on the choices for Wisconsin’s prison future. As he says in his accompanying publication, “Inmate 501 will be the first Wisconsin inmate sent out of state because of overcrowding in nearly 20 years. Recent prison population growth is set to exceed all available options in state. We face challenging decisions. Do we send people out of state? Do we build a new prison? Do we reform?”

Goyke votes for reform. So do we.

This primer does not really address the consequences of the crowding and physical shortcomings of the institutions – the impacts on inmates and staff. But we sure hope you will keep them in mind as you consider the price of mass incarceration.

From the request: This project would construct a new 100-cell Transitional Housing Unit next to the current housing Unit 9 building for inmates with special program needs, including inmates needing to integrate back into general population after long periods in segregation. …

The Transitional Housing Unit will be ADA compliant and able to accommodate inmates with special physical needs, such as being confined to a wheelchair.  It would be preferable that at least 50% of the cells are on ground level, and would not require the use of a lift.  At a minimum, in order for CCI to be ADA compliant, 16% of the cells must be built on ground level.

The Transitional Housing Unit will have single and double cells (approximately 20% of the total cells will be double cells). It will also have programming space for group and individual programming, a dayroom for eating meals and for recreation, a food servery for preparing meal trays, an officer’s control bubble, an officer’s workstation in the dayroom, storage space for supplies/equipment, storage space to house medications, a unit laundry for inmate clothing, and office space for staff such as clinicians, social workers, and housing unit management staff.

Expansion to the RH2 building will include program/treatment areas, staff offices, no-contact visiting space, and storage.  In addition, the recreation pens will be covered to allow for outdoor recreation in all seasons.

The RH2 currently does not have any programming space, or adequate treatment space.  Inmates are evaluated by health services staff and psychological services staff in the dayroom providing for no means of confidentiality.  There is inadequate storage space requiring supplies to be stored in the open of the dayroom.  There is no office space for staff in RH2, and staff currently uses limited office space in other buildings in the institution.

The new Transitional Housing Unit will be built to allow for flexibility in programming to meet the needs of the dynamic inmate population at CCI. This includes inmates needing to integrate back into general population after long stays in restrictive housing (greater than 120 days), inmates prone to self-harm, and inmates that struggle to function in general population.  This might include inmates with temporary physical limitations (possibly after surgery), inmates with serious mental health issues, or inmates with gender identity disorders.

This type of flexibility in a housing unit is a critical need at CCI for the following reasons:

Inmates who are genuinely struggling in general population are placed in control or observation on a restrictive housing unit, although they are not in a disciplinary status.  The environment in RH1 can be very loud and disruptive and not conducive to overcoming thoughts or behaviors of self-harm.  A wing on this new transitional unit would be dedicated for observing inmates needing a controlled environment away from general population, and out of a restrictive unit.

The environment in RH1 can be very loud and disruptive and not conducive to overcoming thoughts or behaviors of self-harm.

Inmates are often forced to sleep on the floor because bunk space is not available due to the “do not double” (DND) requirements of other inmates.  This is most prevalent in RH2.  Bed space is also limited because of the sheer number of inmates needing certain programming, and therefore needing placement on a particular unit.  As of July 18, 2016, 15 inmates were without a bunk and sleeping on the floor. All of those inmates were in RH2.  With the new transitional unit, it would be expected that CCI would have sufficient bed space and no inmates would need to sleep on the floor.

From the request: This project would install high efficiency boilers in various buildings at Oakhill Correctional Institution (OCI), designed to replace the existing central boiler steam system and underground steam piping, underground condensate piping, steam traps, and condensate tanks. …  A fourth boiler was added in 2006 and is primarily used is for low pressure summer loads. Upon completion of this project, the fourth boiler will be transferred to another DOC facility that is in need of a summer boiler.

5 thoughts on “Columbia Prison at 153% of Capacity”