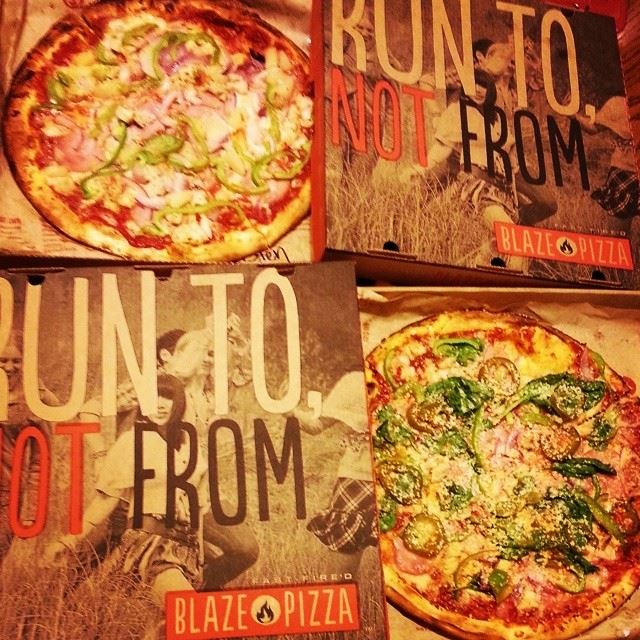 Anyone looking for holiday cheer can find it at a new cafe in Walker’s Point. Full of Beans Café (184 S. 2nd St.) has moved into the Mabbett and Breeds building, and is officially open to the public. Owners JoAnn and Rob Hausknecht have realized their dream of opening a cozy, comfy cafe serving every kind of joe.

Options include house drip coffee as well as espresso, lattes (including the Honey Bear honey latte and Sugar Daddy caramel and cinnamon lattes) and mochas along with blended espresso drinks, chai, hot chocolate and steamers – all served in cheerfully colored ceramic cups…

Currently, the cafe also offers housemade chocolate chip cookies, but in the days ahead, Hausknecht says they will expand their menu to include scratch-made blueberry muffins and apple pie.

The coffee will be from Stone Creek Coffee. The cafe also has “Waffle Weekends” planned on Saturday and Sundays, starting as soon as next week. Full of Beans Cafe is open 6 a.m. to 8 p.m. Monday through Friday, and 8 a.m. to 3 p.m. Saturday and Sunday.

It was just last we reported that Monster Pizza on Oakland and Locust had closed. Well the area, a hotbed for pizza, already has a new pizza purveyor plying its pies: Blaze Pizza at 2907 N. Oakland Ave. The location is the third Blade in the Milwaukee area, the other two being at the Bayshore Town Center (5734 N. Bayshore Dr.) in Glendale and the Brownstones Shopping Center (17530 W. Bluemound Rd.) in Brookfield. The restaurant is in walking distance from UW-Milwaukee, providing a convenient option for students willing to drop $8 on a pizza.

In keeping with the chain’s commitment to “Intelligent Choices for Our Pizzas, People & Planet,” elements of the restaurant are constructed from recycled and sustainable materials. They also make use of eco-friendly packaging, and energy-efficient LED lighting…

A signature element at Blaze locations is the interactive open-kitchen format which allows guests to customize one of the menu’s signature pizzas or create their own, choosing from a wide selection of fresh, artisanal ingredients, including vegan cheese and gluten-free pizza dough – all for about $8. Once ordered, the pizzas are “fast-fir’d” and ready to eat in just about 180 seconds.

Blaze Pizza got its start five years ago with just two restaurants in Irvine and Pasadena, California. According to Forbes, the location is open 10:30 a.m. to 10 p.m. Monday through Thursday, 10:30 a.m. to midnight Friday and Saturday,  and 10:30 a.m. to 9 p.m. Sunday.

The Third Ward will have a new bakery and cafe in early 2018. Batches, owned by DanDan pastry chef Jaceleen Latin-Kasper, is slated to open at 401 E. Erie St in the Domus apartment building.

Pies and cakes will be sold by the slice and whole. Prices will be on par with other bakeries, the owner said, starting around $2 for cookies.

The bakery will make its own waffle cones and have five flavors of ice cream and sorbet, made in small batches at the shop, that will change occasionally.

Linda Thai, Latin-Kasper’s sous chef, will be the new pastry chef at EsterEv, but Latin-Kasper will stay on as the pastry chef at DanDan. Hours at Batches will be 7 a.m. to 6 p.m. Tuesdays through Fridays, and 8 a.m. to 7 p.m. Saturdays, with possible extended summer hours.

The new Sze Chaun Restaurant (11102 W. National Ave.) brings more authentic Chinese food to the Milwaukee area. The restaurant is owned by Luo Shungui and Sun Yin, who are from Chengdu, China. Shungui and Yin are also Sze Chaun’s chefs.

The menu covers everything from beef and lamb to seafood, and it has chilled dishes such as cold noodles in the house chile sauce ($6.95)…

In June, Jason Gorman influenced the changes made to the Ambassador Hotel’s restaurant and bar (2308 W. Wisconsin Ave.) when they were rebranded as the Fitz and Gin Rickey respectively. Six months later, Gorman has officially left his position as the hotel’s culinary director.

Deptolla reports on statements from Gorman and the Ambassador Hotel’s owner:

“I wish them nothing but the best,” Gorman said by text, after confirming he no longer was the head chef at the hotel and its restaurant, the Fitz. He also oversaw Deco Cafe and the food at the bar, Gin Rickey…

A written statement from hotel owner Rick Wiegand said that “while Gorman is an incredibly talented chef, he simply was not a good business fit for the hotel’s food and beverage operations,” and wished him the best.

Gorman’s wife, Jennifer Gorman, is still the hotel’s pastry chef, and she will be joined by executive sous chef Brittany Greene. Jason Gorman’s past posts as head chef were at the Milwaukee Art Museum, Iron Horse Hotel and Dream Dance Steak.

Correction: At Blaze Pizza the price of a pizza is $8, the company doesn’t sell pizza by the slice as the story originally indicated.