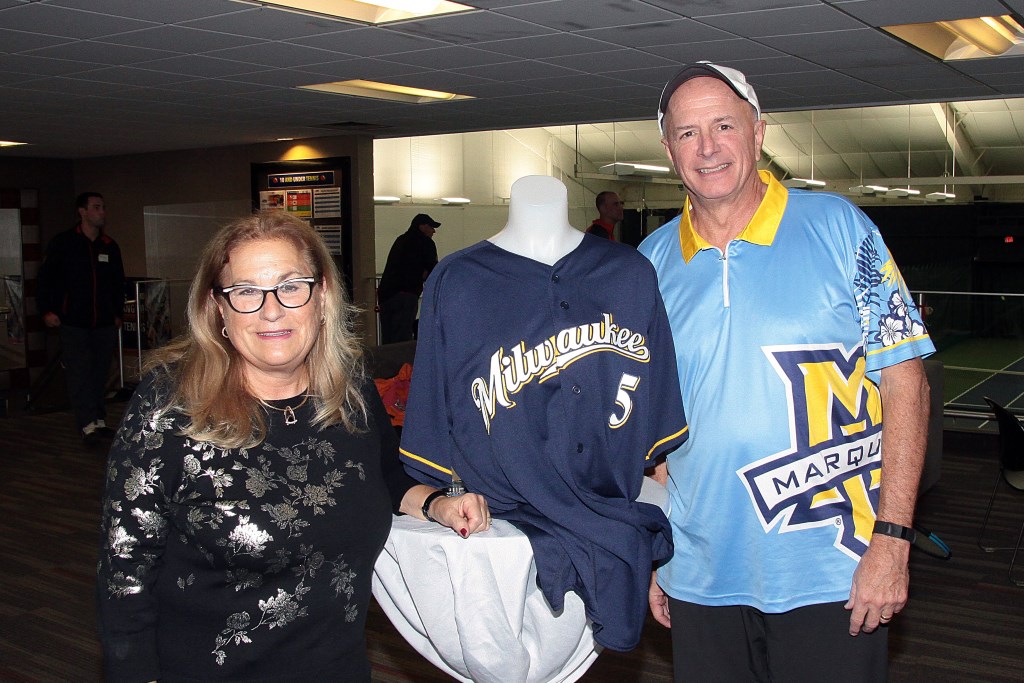 Elite Sports Clubs hosted Hurricane Relief Day, an all-day event filled with opportunities for Milwaukeeans to have fun, while also raising $11,000 for the victims of Hurricanes Harvey, Irma, and Maria.

On December 2, Elite had an “Exercise-a-thon” for adults and a “Slime-a-thon” for the kids at all five of its clubs. That evening, Elite Brookfield, 13825 W. Burleigh Rd., hosted a Tennis Classic Pro-Am featuring local personalities competing alongside tennis pros. Among the highlights were a four-time national champion from Cuba, Mario Tabares, and Milwaukee’s own Steve “the Homer” True, who paired off with local resident Scott Niedermeyer. The two have not played together since college when they were doubles partners at UW-Madison.

Every event was open to the public to watch or participate, with designated donations going to either the American Red Cross or National Humane Society to aid in the ongoing hurricane relief efforts.

Elite’s Hurricane Relief Day was initiated by the clubs’ owner, Kay Yuspeh, whose family lived through Hurricane Katrina, a devastating category 4 hurricane that hit New Orleans and nearby areas in August 2005. “It took years for the people in New Orleans to recover from Katrina, but the damages and losses from this year’s hurricanes are almost beyond our imaginations. We cannot forget the continuing needs of our fellow Americans,” Yuspeh said.

Kids enjoyed good, not-so-clean fun at the Slime-a-thon with a $5 donation per child at any Elite Club. While they made slime and played games, adults participated in the Group Exercise-a-thon, which included eight different, 25-minute classes for a $20 donation per person.

Spectators enjoyed the Tennis Classic Pro-Am at the Elite Club on Burleigh with a $20 donation. The Pro-Am teams, who donated $200 to play, each played at least three matches with winners advancing until there was one team standing in each division. Food and drinks were provided by Larry’s Market.

In addition to Hurricane Relief Day, Elite Sports Clubs raised more than $6,000 for hurricane relief efforts in September as part of an internal membership drive. 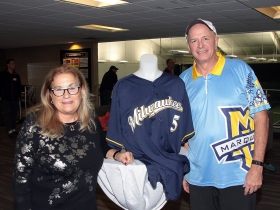 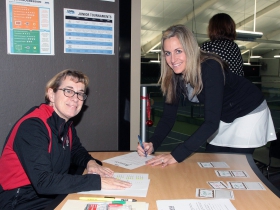 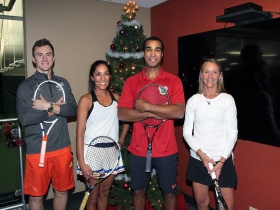 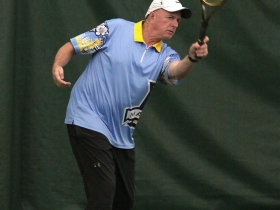 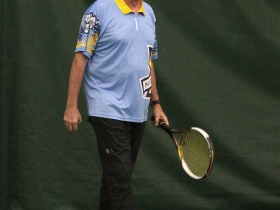 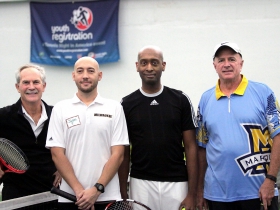