By Marguerite Helmers - Dec 1st, 2017 02:23 pm
Get a daily rundown of the top stories on Urban Milwaukee 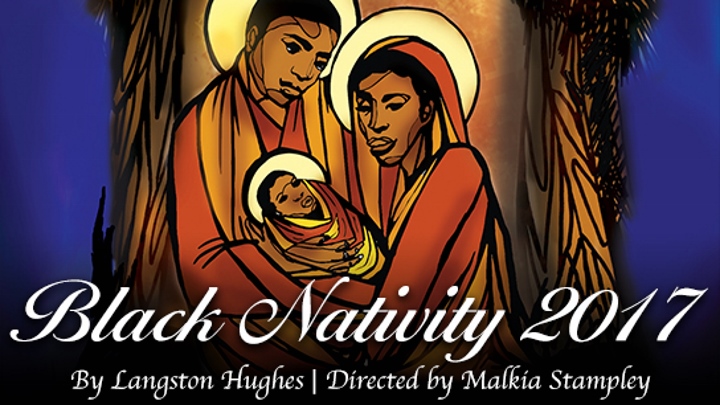 Despite the controversy over “taking a knee,” NFL quarterback Colin Kaepernick’s original message about racial inequality and oppression remains unresolved. Director Malkia Stampley found in Kaepernick’s actions an inspiration for this year’s production of Black Nativity. The two-act gospel song play by American poet Langston Hughes will be performed by Black Arts MKE December 7th through the 17th at the Marcus Center’s Wilson Theater in Vogel Hall.

Just as lowly shepherds and mighty Wise Men kneeled before Jesus, Black Nativity reminds us that we should look for potential in the underserved and forgotten. Today, someone with great potential might be born to teenage parents in the alleys of Milwaukee. “There may be a Barack Obama in a child who has gone without food and who comes to school hungry on Monday morning,” Stampley says.

Premiered in New York on December 11, 1961, Black Nativity toured Europe and Australia throughout 1962. Today there are annual productions throughout the United States. The gospel play inspired a 2013 film by Kasi Lemmons that starred Forest Whitaker and Jennifer Hudson. This will be the third annual production in Milwaukee.

Born in Milwaukee and a graduate of Marquette University, Stampley is co-founder of the Bronzeville Arts Ensemble. She points out that her cast from last year will return to the play this year. Audiences can look forward to a modern take on the classic spirituals. Stampley’s favorite is “No Room at the Inn,” a song that tells of Jim Crow laws when a “rich fine hotel” refuses entry to Joseph “and that woman.” By setting the play in modern day Milwaukee, she hopes that audiences will see themselves in the characters and situations of the play.

“I want to remind Milwaukee that there is greatness in those we choose to forget,” says Stampley.

YouTube: No Room at the Inn, sung by Mahalia Jackson, with Lionel Hampton on vibes:

Black Nativity is divided into two acts, the first of which–“A Child is Born”–tells the story of the birth of Christ. The second act is set in a church, after “The Word is Spread.”

The script is loosely written, so that different aspects of African American history and spirituality emerge according to the director’s preference. Last year, director Stampley set the performance in Sherman Park following the shooting of Sylville K. Smith on August 13, 2016. This year’s production will also be set in Milwaukee, with the manger replaced by an alley in the Park West neighborhood. The actors portraying Mary and Joseph are teenagers, drawing attention to teen pregnancy and also, as Stampley says, reminding us that Mary was a child herself, “with a huge responsibility.”

The author Langston Hughes was a celebrated member of the Harlem Renaissance and an innovator of jazz poetry, using sound and syncopation to emphasize verse’s musical qualities. Hughes said that he wrote about “workers, roustabouts, and singers and job hunters . . . people up today and down tomorrow, working this week and fired the next.” His interest in ordinary folk is reflected in the comic dialogue of the three shepherds, who enter the play complaining about working the night shift.

Although it includes dialogue, Black Nativity is primarily a song play. More than 25 carols, spirituals, and original songs are listed in Hughes’s script from “Joy to the World” to the traditional spiritual “My Way is Cloudy.” Many of the songs have been recorded by gospel and folk singers, such as Mahalia Jackson, Odetta, the Weavers, Joan Baez, and the Kingston Trio. The soprano Jessye Norman recorded the traditional “Poor Little Jesus.” Harry Belafonte sang a version of “What You Gonna Name Your Baby.”

Black Nativity runs December 7th through December 17th. Evening performances are at 7:30 p.m. Community Night on December 7th features a “pay what you can” preview performance. Tickets can be purchased at the Marcus Center Box Office at 929 N. Water St., by phone at 414-273-7206, or online at MarcusCenter.org.