Favored Republican towns allowed to levy a local sales tax. But not Milwaukee. 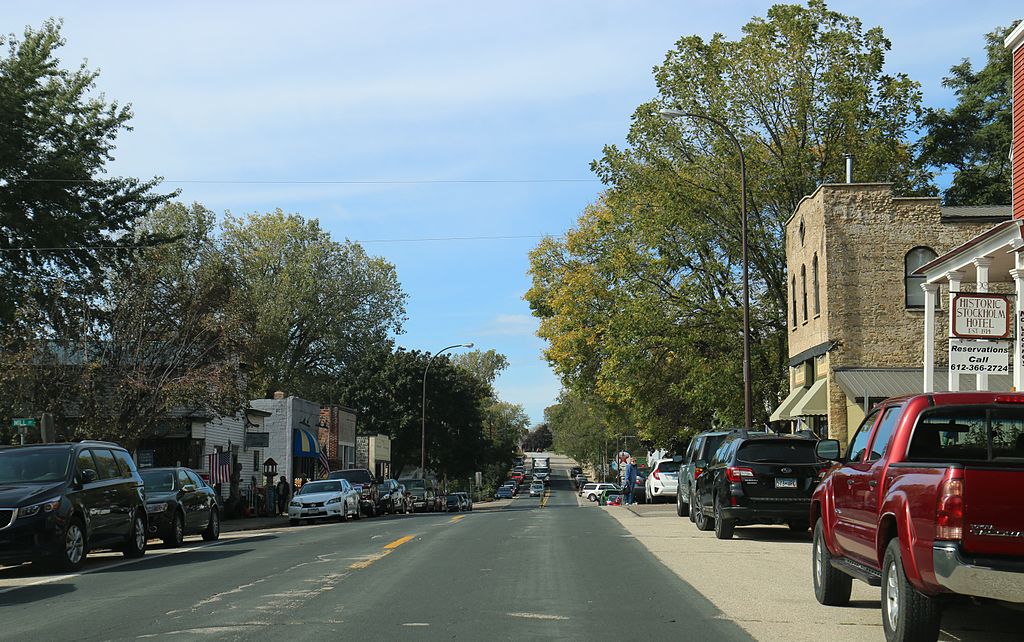 The tiny Village of Stockholm in western Wisconsin has just 82 residents, and enjoyed its “population peak of 280 in 1880,” the village website notes. But it is located on Lake Pepin, a naturally occurring widening of the Mississippi River just 60 miles from the Twin Cities and has in recent years promoted itself with modest success as an “Artfully Authentic” tourist town.

To capture tax revenue from those visitors, village officials requested the ability to levy a local sales tax, a notion abhorrent to Wisconsin state politicians for nearly a century. But some friendly legislator, no doubt a Republican, slipped enabling legislation into the massive 2013 state budget, which passed without a line item veto from Gov. Scott Walker, who typically does everything he can to cap local taxes. Voters in Stockholm then approved a referendum to adopt new 0.5 percent sales tax there.

Stockholm thus become one of just five municipalities, among 3,128 in Wisconsin, that can levy a local sales tax, the others then being the cities of Lake Delton, Wisconsin Dells, Bayfield and Eagle River. (Sister Bay and Ephraim also have gotten legislative approval, but have yet to ask local voters for permission to levy a tax.)

The theory behind these exceptions is that tourist-oriented towns need additional funding for infrastructure expenses to help serve their visitors. And yet legislators have so far been deaf to the pleas of Mayor Tom Barrett in Milwaukee, by far the state’s biggest tourist draw, to add a local sales tax to handle its infrastructure needs.

And Milwaukee had 1,985 times more tourism than Pepin County (where Stockholm is located), which had $6.2 million in visitor spending in 2016.

What is the justification for allowing far smaller tourist areas to collect a local sales tax, but refusing the state’s leader? I contacted Gov. Walker, Republican Assembly Speaker Robin Vos and Republican Senate Majority Leader Scott Fitzgerald, asking for comment and whether they would support a sales tax for Milwaukee. None responded.

A recent Public Policy Forum study of 38 peer cities in America found that only Milwaukee lacked the ability to levy a local sales or income tax to supplement the property tax. The rationale for more taxing power, the study noted, is that “as cities increase in size, they become more cosmopolitan, and host greater numbers of non-residents who are engaged in business, employment, tourism, entertainment, etc.” A local sales tax enables them “to recoup the costs of services provided” to all these visitors.

No city in Wisconsin has a greater need to pay for the costs of tourism than Milwaukee, but it has been barred from levying a sales tax while this power was granted to tiny burgs like Bayfield, with its population of 487 residents.

in 2017 Rhinelander joined the list after legislation allowing it to levy a sales tax was championed by Republican state Sen. Tom Tiffany, whose district includes this city. In the Assembly the bill was championed by Rep. Michael Schraa (R-Oshkosh), who doesn’t even represent the area, yet felt the new tax was justified.

There was once a strong rationale for preventing cities in Wisconsin from levying their own tax. The policy goes back to when Wisconsin was the first to create an income tax, in 1911 (several years before the federal income tax). State leaders feared “balkanization” of the state — cities competing with each other based on taxes — so the legislature instead promised to funnel back most of the state income tax to municipalities in the form of state shared revenue.

This bargain lasted for eight decades, but there has been a bipartisan trend of lowering state shared revenue for more than two decades now and that has been killing the state’s biggest city and beneficiary of state aid. Over the last 20 years, state shared aid to Milwaukee has dropped by $151 million in real (un-inflated) dollars — a huge hole for a city whose current budget for basic services is $834 million.

The squeeze on shared revenue helps explain why places like Wisconsin Dells pushed for another local tax. In 1997 the legislature passed the law allowing an exception to the ban on local sales taxes for a “premier resort area” — defined as a municipality where 40 percent of its tax base is related to retail tourism — and Wisconsin Dells and Lake Delton met that requirement. But in the years since then exceptions to that 40 percent standard were made for Ephraim, Sister Bay, Bayfield, Eagle River, Stockholm and Rhinelander. All were allowed to levy a 0.5 percent sales tax if approved by local referendum.

And in 2013 the Republican-dominated legislature passed a law allowing Wisconsin Dells and Lake Delton to hike the local sales tax to 1.25 percent.

The State of Wisconsin is a great beneficiary of its top tourist town, as the $12.3 billion in visitor spending in Milwaukee generates a lot of sales taxes collected by the state. Meanwhile, Milwaukee must provide the services needed — police and fire protection, garbage collection, water etc. — for all these visitors with not even a 0.5 percent local sales tax to help pay for this, much less the 1.25 percent tax allowed to Wisconsin Dells.

Gov. Walker’s communications person Tom Evenson told the Journal Sentinel the governor opposed a sales tax for Milwaukee, and added this salvo: “Since the mayor once served as a state lawmaker, he surely knows the Legislature must approve a change to state law to allow him to do what he is requesting… As for the state, the governor proved you can fund your priorities without raising taxes.”

Evenson‘s comment, besides being completely misleading, suggests a hostility to Milwaukee that seems the only explanation for the Republicans’ unwillingness to allow a local sales tax here. Should Walker, Vos and Fitzgerald ever offer a rationale for their opposition, I’ll be happy to add an update.