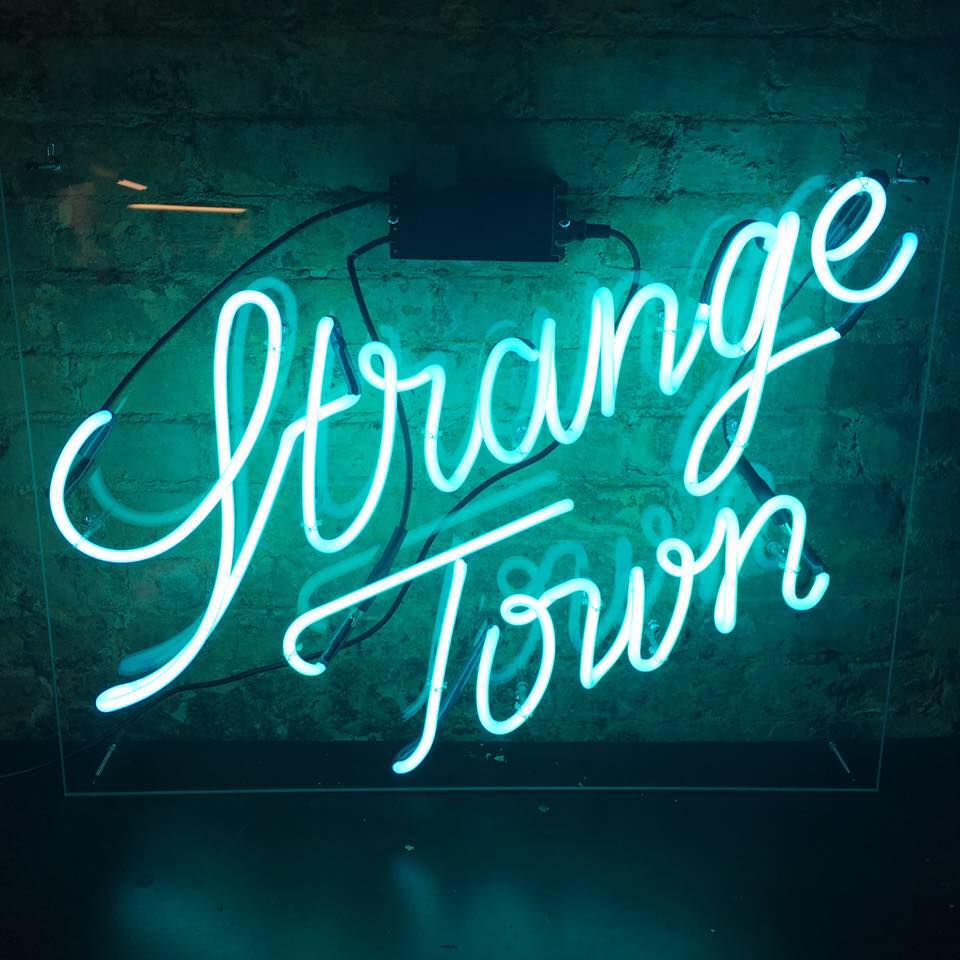 Is Milwaukee a strange town? We’d say no, but an interesting new restaurant with that name is now located in the space that once held Allium on the East Side, at 2101 N. Prospect Ave. The owners are Andy Noble, former owner of Lotus Land Records, his brother Tom Noble and his cousin, Mia LeTendre. Its Facebook page describes the restaurant as a place for “Plant-based food + natural wine + record listening + euro beers + aperitif.” Got it?

“It’s a series of love letters to places like Abu’s, the original Shah Jee, Sri Lanka Curry House in Minneapolis, Himulchile in Madison, all of which really shaped the way we ate as vegans and really expanded our palates and our exposure to so many delicious dishes. They made us active pursuers of new and different cuisine…

Features will include Sicilian dishes like a daily sfincione, Sicilian pizza with its distinctly thick crust, topped with bread crumbs and a variety of rotating toppings. Seasonal arancini – also likely to be offered as a gluten-free option – will be served on a Sicilian salsa verde made with parsley and capers. There will also be grain-based salads, including insalata di riso featuring ingredients like farro, white basmati rice, marinated vegetables, almond ricotta, toasted pecans, lemon basil dressing and herbs.

It didn’t last long and Matador Taco & Tequila Bar (1110 N. Old World Third St.) has now been replaced by Cantina. The venue was purchased by the Who’s on Third Group and re-opened last week. Who’s on Third’s Zach Zarling will be the chef for the new bar and restaurant. Fredrich offers more details:

According to Bobby Wiltgen, managing partner of Who’s on Third and Cantina, the new bar and restaurant will offer an expanded Tex-Mex menu featuring tacos, burritos, fajitas and loaded nachos, along with a complementary cocktail program.

The chef for Cantina will be Zach Zarling of Who’s on Third. Meanwhile, partner Jack Roman will serve as general manager for the new venue.

The owners expect the new Bucks arena and other development will make Third St. a hot spot for bars and restaurants.

As a press release issued by Velobahn explains:

Owners Seth Ogden and Rick Goyette are passionate both about coffee and about bicycling. Velobahn is designed to serve residents in Silver City, Burnham Park and Layton Park as well as bicycle enthusiasts throughout the Milwaukee area…

Velobahn took more than two years to establish and over $100,000 in investment including re-exposing the original Cream City brick walls, adding a stage, and building a coffee bar with repurposed wood.

Vacant since 2013, the space that once hosted the Blackthorn Pub & Grill (750 N. Jefferson St.) has been rented by Milwaukee entrepreneur Mike Eitel. Eitel currently owns the Milwaukee and Madison locations of Nomad World Pub and co-owns Oconomowoc’s Panga Bar & Grill. He says this new place will become a bar and restaurant.

According to paperwork filed with the City of Milwaukee, the space will get a refresh including new paint, fixtures and light renovation completed by Kubala Washatko Architects.

Eitel told OMC he planned to meet with Alderman Bob Bauman about his current plans for the space.

All Purpose to Become New Restaurant

While Walker’s Point bid farewell to All Purpose (814 S. 2nd St.) on October 14, a new restaurant is expected to open in its place by the end of the year.

All Purpose owner Justin Anthony said he has sold the restaurant to John Revord of the Boone & Crockett bar, chef Mitch Ciohon of Gypsy Taco and chef Shay Linkus of the Vanguard bar, all in Bay View….Ciohon operates the Gypsy Taco food truck behind Revord’s Boone & Crockett bar at 2151 S. Kinnickinnic Ave. and recently opened a Gypsy Burger truck downtown, behind Rogues Gallery. Linkus is the chef at the Vanguard, driving its menu of classic and creative house-made sausages.

According to Deptolla, Revord declined to comment on the current plans for the new restaurant, but expects to open quickly, calling the space “very, very turnkey.”

The American-Italian menu items include a healthy dose of both sweet and savory foods, along with essential brunch beverages.

OMC details some of the food and drinks you can choose from:

The venue previously known as Rascals (2311 N. Murray Ave.) has been renovated and is practically unrecognizable. The space is now home to a new sports bar and restaurant, Izzy Hops Swig & Nosh.

Named after Michael Vitucci’s mother, Isabelle, Izzy Hops Swig & Nosh pairs cozy digs with a comfortable, laid-back vibe and sleek modern design that starts with the operational garage door that welcomes guests, along with the breeze on cool autumnal evenings…