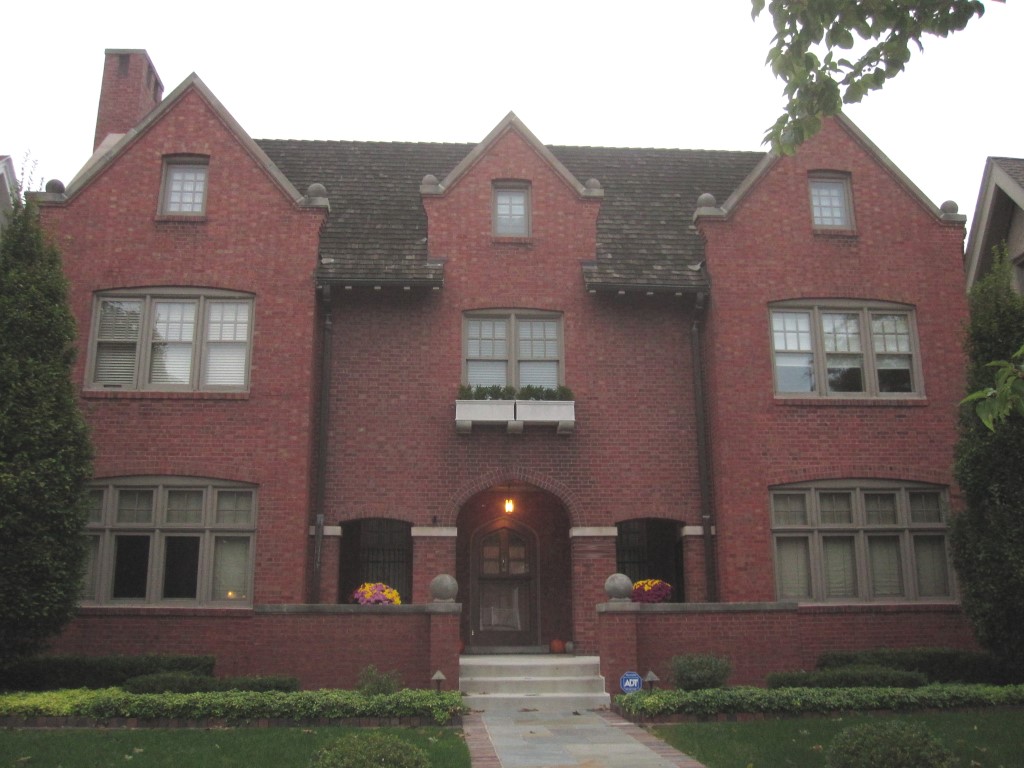 If Matthew J. Flynn, now 70, intends to become the oldest person elected governor, he’ll have to wait until the election of 2030. The record is held by Walter Samuel Goodland, who became governor at the age of 81 in 1943, serving until 1947, when he left the office and shuffled off this mortal coil.

But Flynn [U.W. Law 1975] can’t wait. He is running for governor now in a busy Democratic primary in which he is the oldest announced candidate, and in line to become the second oldest governor in state history.

Flynn’s candidacy took many by surprise, due in part to the age factor, and that it had been over a decade since he has run for office. He is a retired Quarles & Brady partner whose last case was in 2013. In fact, the Partisan Primary Election of August 14th, 2018, will mark the fortieth anniversary and the sixth appearance of Flynn’s name on a ballot.

For a campaign theme song, perhaps Flynn might consider the classic “This Time,” from the musical Cabaret:

… All the odds are in my favor
Something’s bound to begin,
It’s got to happen, happen sometime
Maybe this time I’ll win. …

Flynn’s unsuccessful (thus far) electoral odyssey began with a primary win in spring, 1978 when he took 52 percent of the vote in a four-way Democratic primary campaign for the 9th Congressional District seat left vacant by the Senate candidacy of Rep. Robert W. Kasten, Jr. It was to be his only victory, yet one that did not lead to office.

Flynn, whose Kennedy-esque hair seemed to make him destined for electoral success, was instead trounced by a 22-point margin in the general election by Rep. F. James Sensenbrenner, Jr., who remains in the seat, now much gerrymandered. In 1986, Flynn lost to Ed Garvey (now deceased) in the U.S. Senate primary, in a campaign some may remember for Flynn’s inspired proposal that all lobbyists should be required by law to wear yellow suits or sport coats, the better to identify them in the halls of Congress. Two years later Flynn lost a challenge to Democratic incumbent Rep. Jim Moody, this time in the 5th District. He tried again in 2004, losing a primary challenge for an open congressional seat to Gwen Moore, this time in the 4th District.

You’d think with all of these different Congressional district numbers that Flynn was some sort of carpetbagger, moving from place to place to exploit electoral opportunities as they arose.

To the contrary: Flynn and his wife Mary Flynn have resided in this Alexander Eschweiler-designed East Side Tudor since they bought it on November 1st, 1979 for $33,300.

By the time the Flynns became the sixth owners of the 3,701 square foot home it was nearly 75 years old, having been built for $10,000 in 1905 for Harry Berger, a Milwaukee milling executive.

By 1914 it was the home of Robert Friend (1886-1962), who was a partner with Bruno V. Nordberg, an engineer in a predecessor firm to what is now Rexnord. Friend wanted to put a $500 garage on the property, applying for a permit on November 16th, 1915, but received this stern rebuke from Plan Examiner Fred W. Massman. “No garage built on this lot. NOT enough room for driveway + no alley.”

On August 20th, 1926, Massman approved the addition, and the half-bath joined its four full-bath siblings upstairs amongst the six bedrooms. In 1932, Harry S. Johnston, the president of the well confectionery company bearing his name, was the owner of the home. But the brass-tacks assessor listed his business address as simply, “Candy Co. Nat. Ave.”

After a couple of other owners, the home was bought by the Flynns, who have resided there for the past 38 years, becoming fixtures in the close-knit neighborhood just a block from Lake Michigan and a few blocks from Downer Avenue.

It appears the Flynns moved here from 8320 N. Santa Monica Blvd., a modest home by the standards of Fox Point, where it was located. This makes the couple one of the pioneers of the back-to-the-city movement. One of the new owners’ first acts was to spend $2,400 to install a new Milwaukee-made A. O. Smith H. W. 300 copper heat exchange boiler.

In 1991, the Flynns were ready for a new garage to replace the existing one. This is of some interest, since there is no record of any garage on the property ever since Fred. W. Massman laid down the law forbidding the same in 1915.

But, on June 27th, 1991, staff of the Historic Preservation Commission took a look around and found that there indeed was such a structure on the lot, which they tentatively dated to the 1940’s, and apparently which was not built with a legal permit.

The staff reported “exist. gar. — wood frame, flat roof, parapet. Poor physical condition.” The commissioners reviewed Flynn’s proposal for his new garage, with a peaked roof 18 feet high, and found that they conformed to the guidelines of the North Point historic district.

Flynn took out a permit to raze and remove the offending old garage at a cost of $500.

Flynn then applied for a permit to construct a new $20,000 garage on the slab where the old one had been.

But the permit was denied, since the building code restricted a garage structure to no greater than 17 feet high in that district.

Do you think this would deter a man who describes himself on his literary website as “one of Milwaukee’s premiere attorneys and most experienced political hands”? Not for a moment.

Flynn does not consider himself to be one of Wisconsin’s greatest litigators for nothing, and he pressed his case at the Board of Zoning Appeals, which granted his one foot variance on November 9th, 1991. In conjunction with the new garage, Flynn installed 122 linear feet of 6 foot high fencing in the back yard.

The Assessor Gets Brush Off

On July 25th, 1995, the assessor contacted Mary Flynn, asking if he might make an appointment for an interior inspection of the residence. Imagine the poor public servant’s disappointment when Mrs. Flynn informed him that her “husband said that the assessment could be completed from the exterior.”

The residence is composed of a deep red brick, and maintains a rigorous symmetry with a central entryway flanked by two protruding bays. Ornamentation is observed largely in the breach, with the same brick used to frame the windows, adding to the simplicity and austerity of the facade. The only visible use of stone on the facade is to serve as the capitals of four pillars at the entryway, and on the protruding front porch.

The street appeal of the home is enhanced by its walkway, which, between the street and the sidewalk, consists of slate edged with brick. Three slate treads on brick risers lead from the sidewalk toward the walk to the home, also of slate, bordered with brick. It’s very nice, in very good shape, and will likely remain that way if Flynn avoids using salt during the winter. The landscape is as symmetrical as the home, and every bit as neatly tended, with two large Tulip poplars flanking (and partly obscuring) the residence, with neatly trimmed boxwood and pachysandra serving as a foundation planting for the home. Some potted mums add to the domestic appeal. The driveway to the garage is on the east of the home, leaving that frontage with no planting area. Its counterpart to the west is also of little interest, being so close to the adjoining residence, but it does offer a peek at the mysterious 18 foot high garage.

This building may not be the Executive Residence of the Governor, but it is a suitable home for a candidate for governor, and should serve as a fitting background for campaign photographs and holiday greeting cards.

The Author and Raconteur

Running for office is not the only thing attorney Flynn has done in his spare time. He has written two novels of which we can offer no review, but will note his own description: “Flynn’s curiosity and candor are on full display in his first novel, Pryme Number.” He has written a political blog and was a regular pundit on on the now-defunct Sunday Milwaukee television show, “Belling & Co” (which did not stop Mark Belling from ridiculing Flynn’s candidacy for governor, though it must be said the conservative talk show host roasted every other possible opponent of Republican Gov. Scott Walker as well. You’ll find our House Confidential on Mr. Belling here.) Flynn has also kept his hand in Democratic politics, serving on Hillary Clinton’s Finance Committee in the 2008 Presidential election from Wisconsin, co-chairing John Kerry’s 2004 Primary campaign for President in Wisconsin, and chairing Governor Jim Doyle’s Judicial Selection Commission. 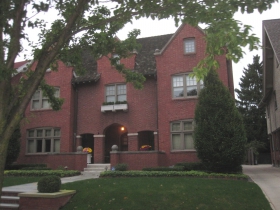 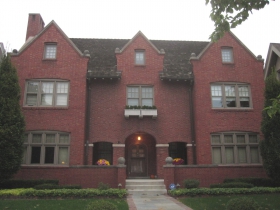 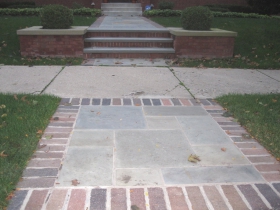 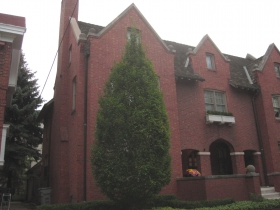 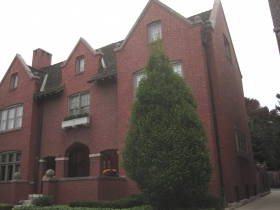 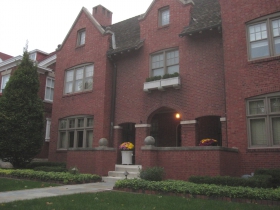