He lives in one of the most walkable neighborhoods but seems to take his car everywhere. 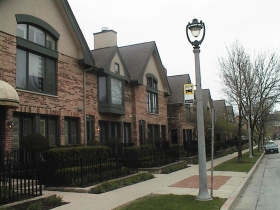 The Astor Court at East Pointe condo development was an early effort by the Mandel Group to provide upscale urban housing. The 26-unit project was deemed the “Best Luxury Condominium Community” in 1995 by the Metropolitan Builders Association of Greater Milwaukee, and among its original residents was local radio talk show host Mark C. Belling, who bought his unit from the developer in 1997 for $266,600. Yes, the hero of suburbia lives in the city — on the site of a condemned freeway, no less — with a bus stop on the corner.

Belling’s unit, like all the others in the development, has three bedrooms (including the “spacious master suite with vaulted ceiling”), two full and one half-baths, nine-foot ceilings on the first level and a “private fenced front and side yard.” Unit owners are permitted use of the “private central courtyard for passive recreational uses,” whatever those might be. Perhaps they might include listening to the Mark Belling show — with earphones, only, please. No loudspeakers in the central courtyard!

Belling’s block, like all of those between E. Ogden Ave. and E. Lyon St. from the Milwaukee River to Lake Michigan was a densely built urban neighborhood with shops, a theater, apartment buildings and residences ranging from modest to mansion. Nearly every building in the corridor was demolished in the 1970s for a freeway that was never built. For about two decades this swath, which once was the transitional neighborhood between Yankee Hill and Brady Street, was a barren, forbidding place. The site of Belling’s dwelling was a community garden.  It wasn’t until the late 1980s that the Trammell Crow Company of Texas took a swipe at redeveloping this stretch of the Park East Freeway — the part never built — and Milwaukeean Barry Mandel led the project, eventually taking over the whole works, including about 200 apartments and a busy shopping center.

Belling’s unit is across the street from the historic Ferry and Clas-designed First Unitarian Society of Milwaukee, a liberal, gay-welcoming congregation that probably does not include many of his listeners. This 1890’s building is the third home of the church, founded here in 1842. In 1849, when money was tight, the congregation had to sell its first church building to the Episcopalians. (Is there any wonder that religious wars persist?) The comings and goings of the church must be of little interest to Belling, whose shades have always been drawn, day or night, and at all times of the year. This would include the month of February, which for 22 years Belling has spent on a Caribbean cruise with those listeners who value his prolix proximity in a nautical setting. Registrations are now being accepted for the 23rd annual Mark Belling Cruise, with rates ranging from $3599 to $8249.

Ogden Avenue is one of the original streets in the City of Milwaukee, named after John Ogden, who came to this city in 1837 and engaged in a robust carriage-making business. Astor Street is also on city maps as far back as the 1830s, and is named for John Jacob Astor, whose fur trading empire was the foundation of the Milwaukee settlement’s original economy. William Backhouse Astor, the grandson of John Jacob Astor, was an avid horseman whose steed “Vagrant” won the 1876 Kentucky Derby.

These equine associations with the corner on which he lives should comfort Belling, who also has stakes in the horse-racing world, through fractional ownership of race horses. He owned a piece (not sure which piece) of “Went the Day Well,” a 2012 Kentucky Derby entrant that placed 4th — just out of the money. The horse underwent “tie-back surgery” last month after which it was discovered its vocal chord was paralyzed. Although this malady would be enough to end the career of a radio talker, things are different for horses, and Went the Day Well should be back on track this summer.

But don’t expect to see Belling on foot in this urban neighborhood, even when visiting such nearby mainstays as Victor’s or Metro Market. For that he relies on the comfort of his Jaguar automobile, which he drives with great insistence and impatience, particularly when forced to follow bicyclists who have the temerity to use the public way at the same time as he. [The writer can attest to this from multiple personal experiences.]

Fun Fact! Patriot Belling was born on the Fourth of July, 1956, and has recently taken advantage of Wisconsin’s super-liberal election laws to cast absentee ballots during elections, what with his being busy with horses and Caribbean cruises during campaign season.

How Milwaukee Is It? Belling’s unit is just one mile from City Hall

Belling, 56, grew up in Kaukauna, WI, where he attended a Catholic grade school and high school. He got his Mass Communication degree from UW-LaCrosse, where he served as editor of the student paper, the UW-LaCrosse Racquet. According to a 1991 story by Milwaukee Magazine, Belling was a long-haired liberal in college who participated in an anti-apartheid rally and campaigned to preserve a marsh from development by the university. After college he got a job as news director for an Oshkosh radio station but was fired in a year, with one staffer telling Milwaukee Magazine Belling had terrible people skills. Undaunted, Belling got a job at a Benton Harbor, MI station and from there rose up to bigger stations in Springfield, IL and Madison, WI. At the latter station, “his management style was close to Saddam Hussein,” as General Manager Joe Mackin described it to Milwaukee Magazine. In March, 1989, he was hired by WISN in Milwaukee, which decided to try him as radio host. The rest is right-wing history.

Belling’s afternoon talk show has regularly been a ratings-leader in his time period. He has won attention nationally, periodically filling in for national talk show host Rush Limbaugh. Belling won a 2001 Marconi award for best medium-market radio personality and that same year was named one of the Top 100 Heavy Talkers by the industry publication Talkers Magazine.

Belling has been a favorite target for liberal rage. As a writer for the Daily Kos described Belling, “If you’ve heard the nationally-syndicated guys (Limbaugh, Hannity, Savage, etc), then you know the formula: Lies, distortion, hatred, hypocrisy, projection. Wash. Rinse. Repeat…ad nauseum.” Belling, the writer went on, “is a particularly cretinous case. His voice drips with such smug, arrogant, venomous bile that even when he’s waxing on his favorite sports teams he sounds like a pompous jerk.”

In 2004, Belling was engulfed in controversy for using the word “wetbacks” on the air. WISN suspended him for one week and Belling issued a public apology. In 2011, a Menomonee Falls school official demanded an apology from Belling for calling her a “whore for the teachers union.” Walt Kelly, the attorney for Menomonee School Board member Gina Palazzari, sent a letter to Belling and Jeff Tyler, general manager of WISN-AM (1130), demanding “an on-air apology and retraction by Mr. Belling and a published apology and retraction by WISN management.” And last month, Belling got in hot water for  for using the term “bitches” while describing Milwaukee County Board Chairwoman Marina Dimitrijevic’s fight with state lawmakers over a bill to trim the board’s pay. Belling offered an on-air apology for using the term.

Correction: The original story stated that the first George Webb’s was demolished in the 1970s due to freeway construction, this is incorrect as it was located just outside of the corridor, on the Southwest corner of E. Ogden Ave. and N. Van Buren St., though the building has been demolished. 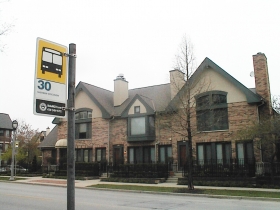 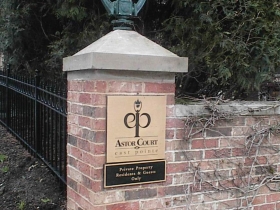 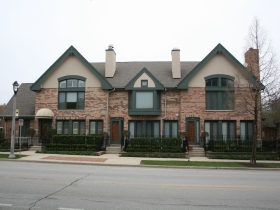