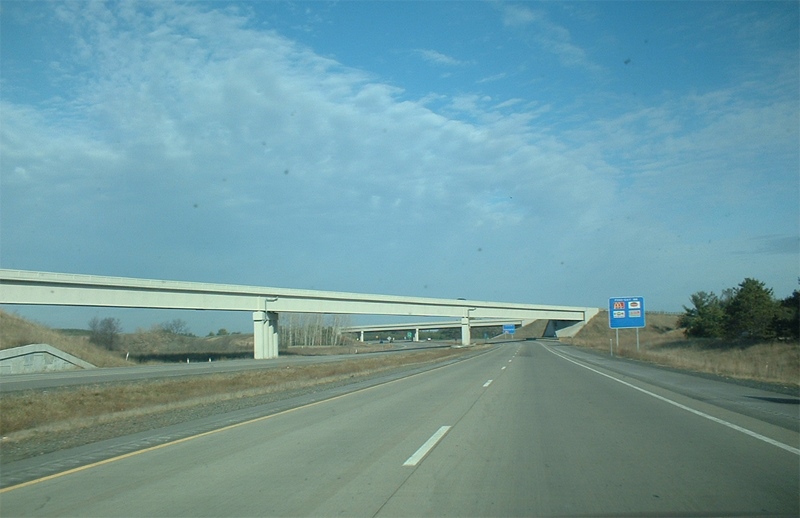 WIS 29 East interchange with Interstate 39 and U.S. Route 51. Photo is in the Public Domain.

State Highway 29 runs from Prescott on the Mississippi River to Kewaunee on Lake Michigan’s shoreline. Here’s how those who love and live along the 300-mile route describe it:

“You traverse hills along the St. Croix River Valley, brush by several UW college campuses, kiss the middle of two hemispheres at once, look up at Rib Mountain and check out Wausau, go through the heart of Green Bay, and even visit Poland before landing at Lake Michigan’s doorstep…

“It’s one of the most significant east-west roads in the state and carries the designation of the World War I Memorial Highway.”

The WisTax report, “Falling Behind?,” measured how each of the 72 counties has or hasn’t recovered since the Great Recession (2009 -2016) using five economic indicators: number of jobs gained or lost, population change, change in labor force, change in home values, and 2016 unemployment rate.

After taking that deep dive into statistics from a number of state and national sources, here’s what WisTax President Todd Berry and Research Director Dale Knapp concluded:

“Some parts of Wisconsin have lagged, even as the overall state economy has expanded…Nowhere is that more clear then when the state is divided north-south roughly along Highway 29.”

North of Highway 29 are 22 counties with one-third of the state’s land and nine percent of all Wisconsin residents. South of that roadway are 50 counties with two-thirds of land and more than 90 percent of the population.

What did WisTax find as the most troubling economic indicators for the Northwoods?

Fewer Jobs: The number of jobs statewide grew seven percent between 2009 and 2016. But, the number of jobs north of Highway 29 grew by only 3.4 percent — “less than half the rate in the south.”

In a WisconsinEye interview, Berry noted one key disparity in jobs numbers. The number of northern Wisconsin workers in the “leisure and hospital” industry – the tourism businesses that has anchored that region’s economy – dropped slightly, while those jobs increased by 10.7 percent in southern counties.

The biggest jobs-gained winners in the study were Calumet and Kenosha counties, with gains of 23.9 percent and 22.5 percent, respectively. Buffalo County lost the most jobs – a 28.4 percent decline – over the post-Recession years surveyed.

Fewer Workers: In 21 of the “worst-performing” counties – most of them in northern Wisconsin – “The workforce contracted; the median drop was nearly 11 percent,” the study found. “Put simply, there can no job creation if there are no workers to fill the jobs.”

Also, “The 2016 unemployment rate was significantly higher in northern counties (5.2 percent) than in southern ones (4 percent).

The statewide jobless rate in 2016 was 4.1 percent – the lowest rate in decades, as Gov. Scott Walker often reminds us.

Fewer Have Broadband Access: “In Milwaukee and Waukesha counties, nearly 100 percent of residents have access to 25 megabits per second Internet services…By contrast, in 11 counties – mostly in the north – less than half enjoy such service.”

“In other words, over the next decade, more than one-third of the workforce in those counties will likely retire and need to be replaced if any workforce growth is to occur.”

While most counties north of Highway 29 will soon not have enough “replacement workers,” Berry and Knapp noted, “In 15 counties – mostly urban or suburban – replacement rates top 90%.” Those better off 15 counties include Milwaukee, Kenosha, Rock, Jefferson, Sauk, La Crosse and all Green Bay-area counties.

“How can a school district educate students adequately and efficiently in an area with fewer than two students per square mile? Will a shrinking working population reduce property values, the primary tax base for [local governments]? A growing senior population will create increased demand for senior- and assisted-living facilities. Will these counties have the workers to staff them?”

3 thoughts on “The State of Politics: Highway 29 Is State’s Economic Fault Line”