In the spirit of Woody Guthrie, Arlo performs with his son and daughter. 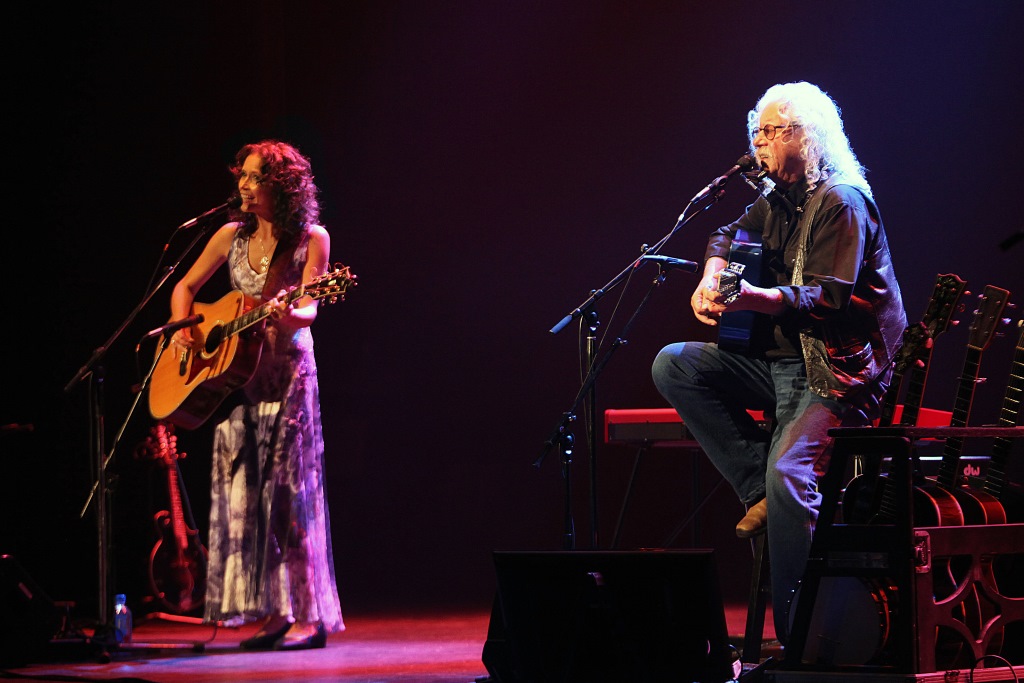 Folk legend Arlo Guthrie brought his “Re:Generation Tour” to Milwaukee where he performed with his children, musicians Sarah Lee Guthrie and Abe Guthrie at the Pabst Theater on Friday.

Arlo’s father Woody Guthrie,  was an American legend, who wrote such folk anthems as “This Land Is Your Land,” and hoped one day to have enough kids to form a family band, travel the country and sing their songs together. Woody, however, died tragically at age 55 from complications of Huntington’s disease. But his son Arlo has long helped keep his father’s spirit alive, performing for more than 40 years with his father’s old band mate Pete Seeger, in shows that typically featured some of Woody’s songs. And this year Arlo has embraced his father’s idea of a family band with a tour featuring him and his two children. Or as Arlo has put it: “The road continues to beckon and the kids, with kids of their own, are hearing the call of their own thoughts. Onward!”

By now Arlo Guthrie has been performing almost as long as his father lived, for more than 50 years. This tour came on the heels of his sold-out “Alice’s Restaurant 50th Anniversary Tour,” celebrating his satirical 1967 song, which runs about 18 minutes, about the draft, Vietnam War, and of course, littering. For this tour he promised to sing a generous selection of songs from the full range of his many albums, and that’s just what he did. 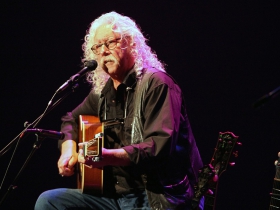 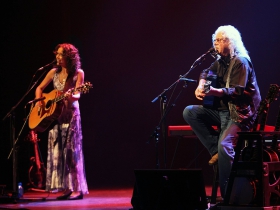 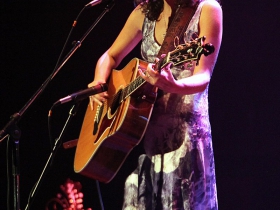 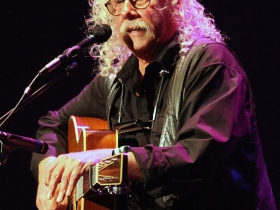 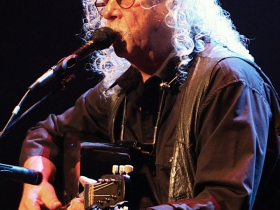 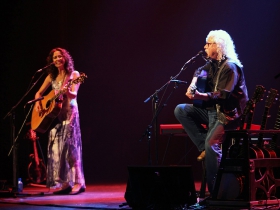