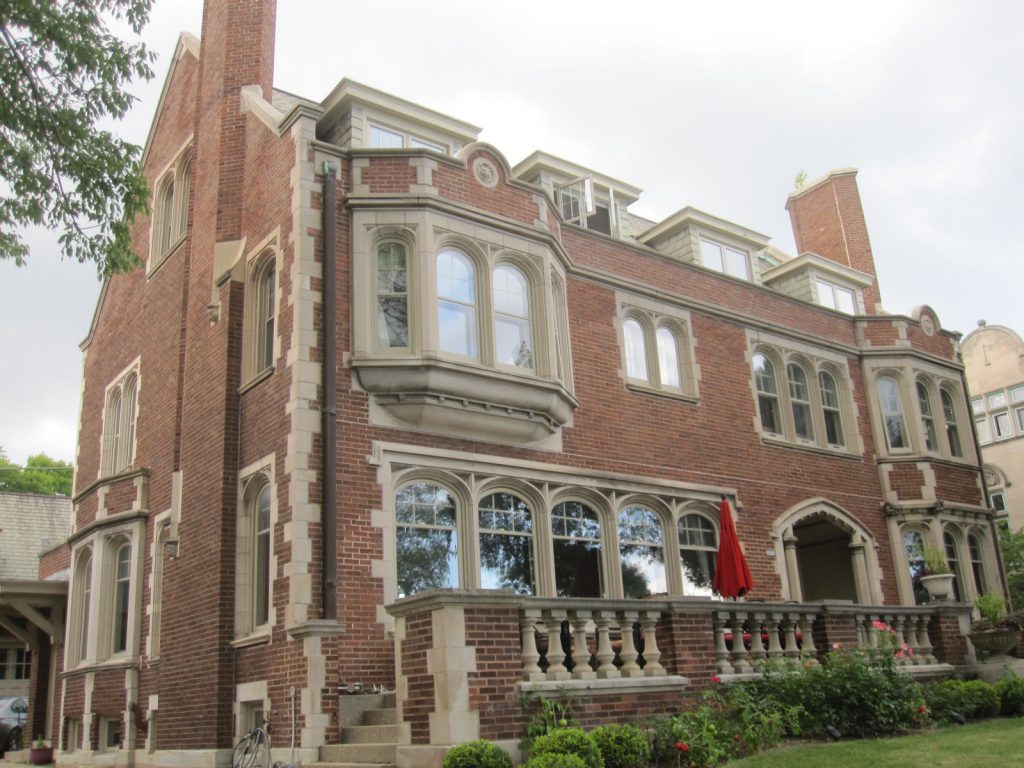 If you take a sledgehammer to most “brick” buildings in Milwaukee (please get owner’s permission and a permit before doing so) you will find that the masonry units are a mere shell over a frame skeleton.

Not so for this 1910 Ferry & Clas mansion on N. Wahl Ave., now offered for sale at $1,895,000. This mansion is a rare Milwaukee example of “Ordinary” masonry construction: solid brick with massive construction. Pound away at will — the foundation walls are 18 inches thick, brick upon brick upon brick.

This stately manor would not be out of place in such contemporaneous neighborhoods as Kalorama, in Washington D.C., where Barack Obama spent $8.1 million to buy a home just slightly larger than this monster with its 6,621 square feet of finished living area, and a nearly 3,000 square foot basement that awaits a buyer’s touch — perhaps yours, especially if it is of a Midas nature.

Only Four Owners in 107 Years

The home was built for Louis Kindling (1846-1928), who came to Milwaukee from Germany in 1873 and became a successful cigar manufacturer. His “Alcazar” brand, which lasted 50 years, was named after a famous harness racing horse owned by August Uihlein and Fred Pabst, two beer barons of Milwaukee, who paid $28,500 for the beast in the 1880s.

Kindling also had a separate company that manufactured horse-drawn street cleaning machines, in an era when it was horses that required the streets to be cleaned in the first place. From 1896 to 1900 he served on the Board of Fire and Police Commissioners, and he was a widower of 66 years of age when he built this place in 1910, which he shared with his daughter and family until his death.

Both Kindling’s wife, who died in 1905, and his daughter were named Bertha. The daughter was married to H. L. Buchenberger, who was the secretary of her father’s firm. Buchenberger was also known as Hilarius L. Buchane, which is by definition a funny name. Hilarius and his brood resided in the home until 1942 when it was sold to investment company executive Otis B. Adams and his wife Opal Adams for $18,500. This was a paltry sum for a home that cost more than that to build and was assessed for as much as $48,500 in 1926.

Like the previous owners, Otis and Opal remained in their home for thirty years, selling it in 1972 to Marshfield timber baron heir William Hamilton Roddis and his wife Setsuko Roddis for $95,000.

Mr. and Mrs. Roddis may have been intrigued by the real estate listing for the home:

In any event, the couple and their seven children moved in and the family retained ownership until William Roddis died in 2008 aged 90. His sister Augusta Roddis, of Marshfield died at 94 in 2011. Upon her death, a trove of six generations of family clothing dating to the 1850s was donated to the Henry Ford Museum, and is on display at the Museum of Wisconsin Art until September 17th.

Bought by a Doctor

The Roddis heirs put the home up for sale in 2009, offering it for $950,000 through the reliable and well-connected agent Katie Falk, who has been the woman’s golf champion at the Milwaukee Country Club more times than anybody.

“This stately Wahl Ave. mansion is a noteworthy property in the Water Tower Historic District with dramatic views of Lake Michigan and across from Olmsted’s Lake Park.

“This residence has retained its architectural integrity and old world craftsmanship. The location is superb and the property includes a generous yard and a coach house. ”

The listing was enticing to Dr. Vladimir Ivanovic, a radiologist and now the current owner. He negotiated the price down to $782,500, and bought the home on the last day of July, 2009. Now, after eight years in the place, he has offered it for sale.

Was Showing its Wear

A few decades ago, it seems like Milwaukee’s East Side mansions were either de facto rooming houses under absentee ownership, or had been, like this one, owner-occupied by only a few families over the course of generations.

Neither situation was particularly beneficial for the structures involved; it’s simply that the neglect took different forms. Whereas the tenant-occupied homes suffered any number of indignities, with cheap partitions dividing once-grand rooms and careless tenants trashing noble interiors, the situation was slightly different for this home.

These are the spaces (with their deficiencies) that real estate agents don’t like to mention, but which are the bread and butter of the assessor, whose job it is to “discover, list and value” all taxable real property in the city.

The assessor’s principal tool for keeping assessments as near to market value as possible is a site inspection to evaluate the current condition of the residence. A lot can change over the course of a century; and that which doesn’t is always suspect if it happens to be part of the mechanical systems of the building. Such visits are especially important for homes like this one — a solid brick single family residence, with few comparable structures in the city.

While the home was on the market, the assessor took a look around on July 13th, 2009. The results were discouraging, and showed signs of neglect which were not apparent from a cursory glance at its architectural integrity and old world craftsmanship.

Things were worse in the attic, the likely source of the peeling ceilings below. “Attic Cracking wall, leaking ceiling, worn wood windows,” he noted. There was a crumbling wall and ceiling above the century-old claw-foot bathtub in the servants’ quarters. The ballroom had a cracking ceiling and a leak, “only in S.E. Corner,” he said.

With such dispiriting observations it is a surprise the assessor didn’t just stay up in the attic and hang himself from the rafters, but he made it down to the 3,000 square foot unfinished basement in pursuance of his professional responsibilities.

Once Showing its Wear, Now a Show House

Possibly through his professional circles, the new owner, Dr. Ivanovic, the radiologist, arranged for his home to serve as the Breast Cancer Showhouse for 2010 once repairs had been made, which he paid for himself. (An exception was the Kohler Co. plumbing fixtures installed as a gift of the company.) Since its founding in 1998, the Breast Cancer Showhouse has raised over $6.15 million for Medical College of Wisconsin research.

Following the successful run of the showhouse, Dr. Ivanovic moved in and offered the home for sale this year.

The listing for the home went to Powers Real Estate. [See this link for listing and interior photographs.]

Suzanne Powers was inarticulate with glee in describing the grand home. Calling it one of the one of the “finest properties in Milwaukee’s history,” she went on to effuse that the “amazing vistas of Lake Michigan include views of the North Shore Yachet Club and the Calitrava.”

And so, the next time you are sailing Lake Michigan on your yachet, look up as you pass N. Wahl Ave., and admire your new home, just south of the North Point Lighthouse.

Your new home is located 2.5 miles northeast of City Hall. Take the trail along the lake for one of the loveliest urban walks in the nation. 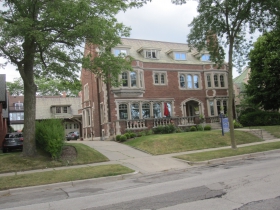 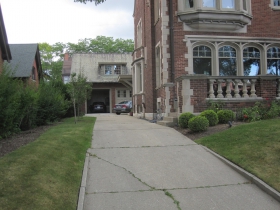 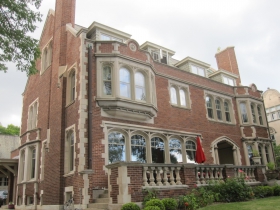 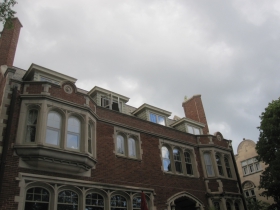 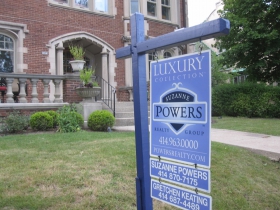 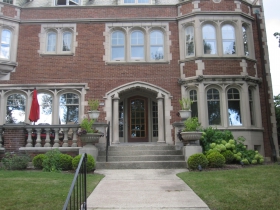