Mining Bill Will Pollute the State

And will overturn 1998 law passed overwhelmingly and backed by most voters. 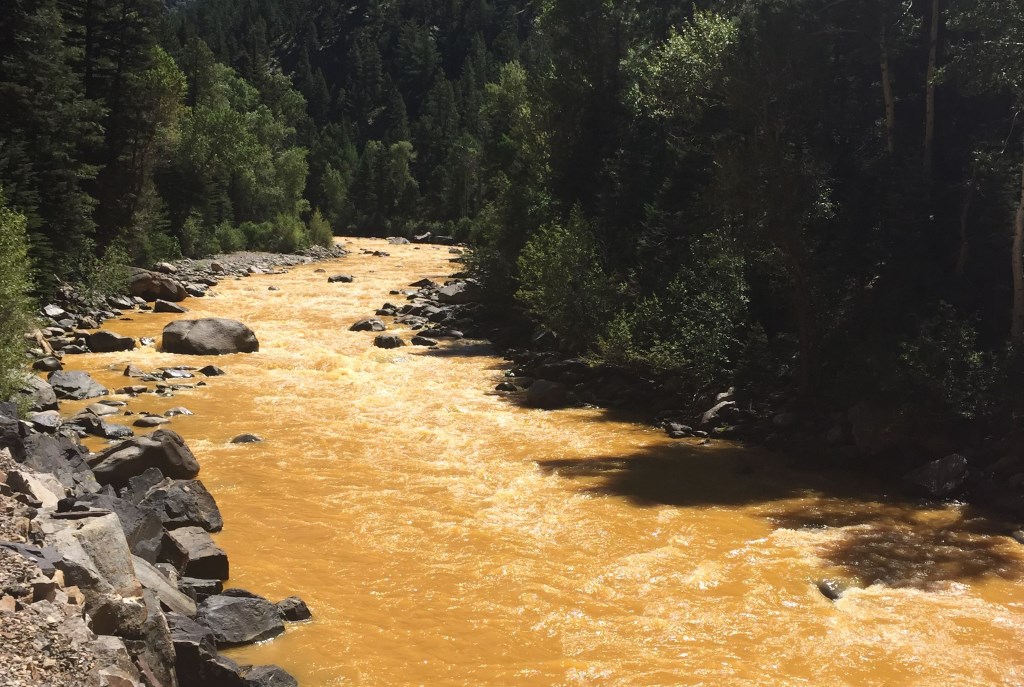 The Animas River between Silverton and Durango in Colorado, USA, within 24 hours of the 2015 Gold King Mine waste water spill. Photo by Riverhugger (Own work) [CC BY-SA 4.0 (http://creativecommons.org/licenses/by-sa/4.0)], via Wikimedia Commons

Twenty years ago, Wisconsin politicians did what they should do. They listened to the people and enacted common sense legislation to protect our outdoors despite an unprecedented flood of special interest lobbying money.

The result was the bipartisan Mining Moratorium Law which has protected our rivers, lakes and streams from toxic mining waste for the past two decades.

Now that law is under attack. A foreign corporation wants to mine sulfide ore deposits in our northwoods and has colluded with some Republican legislators to craft legislation that would not only repeal Wisconsin’s Mining Moratorium Law but also weaken many other environmental safeguards.

Why the concern? The foreign company wants to mine for copper, gold and silver. In order to extract those minerals, which are present only in very small quantities, the company would excavate large amounts of rock containing sulfides. That rock would be pulverized, mixed with a cyanide compound and left in a waste dump. When sulfide rock is exposed to water and air, it creates sulfuric acid. This Acid Mine Drainage has created environmental disasters across the country, from the contaminated streams in Appalachia to the polluted rivers in the western mountains. Mining is America’s most toxic industry. It alone accounts for more than one third of all toxics released to our environment according to the Toxics Release Inventory.

Because of the potential for severe environmental damage, the state Legislature overwhelmingly passed the Mining Moratorium Law in 1998. The Senate voted 29-3 for the bill and the Assembly 91-6. To this day, I am very proud of authoring that legislation.

The law requires companies that want to develop sulfide mines in Wisconsin to show another mine that has operated for 10 years and been closed for 10 years without polluting groundwater and surface water. That’s why it’s often called the “Prove It First Law.”

The foreign mining company now wants to repeal the law because the mining industry has not been able to show even one mine in a sulfide ore body in all of North America that can meet that common sense standard.

Not surprisingly, The Prove it First Law remains very popular with Badgers. After all, we love our outdoors and don’t want mines polluting our rivers. A recent poll found that 72% of us want to keep “Prove it First” protections from mining pollution.

Repealing the Prove it First Law is apparently not enough kowtowing to the foreign mining conglomerate for the Republican legislators. Their proposal would also weaken safeguards for our groundwater, limit the environmental review of mining activities and lessen financial safeguards after the mine closes. That last provision could leave us with a massive cleanup bill. Elsewhere, taxpayers have had to pay big bucks to try to deal with the toxic legacy of mining after the mining companies have taken their profits and skedaddled.

Not long ago, the nation witnessed the danger that mining poses. In dramatic pictures on our TV screens, we saw a river in southwestern Colorado, adjacent to the beautiful San Juan mountains, turn from a deep blue to a bright orange. A spill from a closed mine dumped more than 3 million gallons of highly acidic wastewater into that stream. That once sparkling river is now contaminated with dangerous levels of arsenic, lead, cadmium, zinc and copper.

Doesn’t it make sense to require a mining company to be able to show at least one other sulfide ore mine anywhere in North America that has operated and closed without water pollution before we let them threaten our waters? But common sense appears to be uncommon at the state Capitol these days.