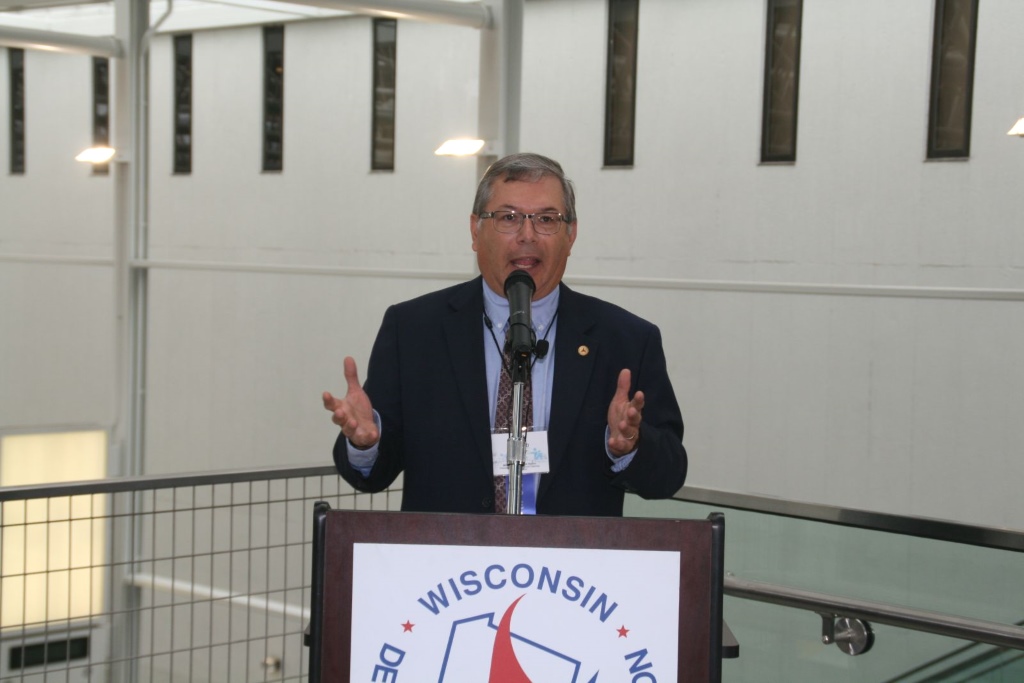 The MacIver Institute has claimed that $2 billion in supposedly wasteful spending by the Wisconsin Department of Transportation means that new revenue is not needed to maintain state highways.

Gottlieb’s letter to legislators is a wake-up call for those who are relying on MacIver for accurate and credible information.

In a point-by-point response to MacIver’s 45 findings, Gottlieb writes:

[The MacIver report] is riddled with errors and misrepresentations. It reflects a substantial misunderstanding of how transportation projects are approved and financed. It includes as waste the cost of projects which have not been built. It accuses the Department of Transportation of not pursuing potential project management reforms when in fact the Legislature specifically has rejected Department proposals to evaluate those reforms. It ignores the benefits of data-driven engineering innovations that promote safety, mobility and efficient system operation. It also seriously misrepresents and misinterprets findings from the Legislative Audit Bureau report issued earlier this year.

The LAB Audit. MacIver, like other WisDOT critics, misuses or simply misunderstands audit findings, a reminder that the number of people who use the audit as a cudgel exceeds the number who have read and understand it.

First, MacIver claimed that the audit “showed DOT staff routinely disregarded established procedures designed to manage and improve operations. From fiscal year 2009-10 to 2014-15, the agency could have saved $191.9 million, or an average of $32 million per year, if its total costs during the construction phase of the state highway projects had not exceeded annual performance measurement goals.”

Not so fast, says Gottlieb:

This item refers to contract change orders…This so-called waste is the difference between actual change orders and the department’s extremely aggressive goals, which were 0 percent before FY2013 and 3 percent after. The goal of 0 percent was unrealistic and unobtainable, which is why it was changed to 3 percent. Failure to meet an unattainable goal is not “waste.”

Second, MacIver claims that WisDOT “forgot to include inflation in the cost of road projects.” This claim has been used by WisDOT critics as “evidence” the state overspent by $3.1 billion on projects.

The DOT did not “forget to include inflation” in project estimates. [The Department presents] costs of major projects in current dollars and makes annual inflation adjustments, except on certain federal megaprojects, which require “year of expenditure” estimates. This policy was known and clearly stated in the semiannual major project status reports to the legislature.

In other words the two major audit findings cited by critics as waste involve no waste at all. In the first case, WisDOT set and modified an unrealistic goal. In the second, WisDOT made regular public reports on the inflationary impact of delays that primarily can be laid at the feet of legislators.

Bike Paths. No fewer than ten of the 45 MacIver findings involve bike paths and related projects. MacIver doesn’t like them and implies funding could be better spent on roads. Gottlieb points out that none of the money could have been re-directed to roads. All of the spending involved the award of federal dollars, through a competitive process.

Roundabouts. MacIver also does not like roundabouts. Its analysis includes this: “Forty roundabouts are planned to be constructed in the state within the next four years. These roundabouts will total over $10 million. That bears repeating: $10 million in roundabouts. That’s a dizzying figure for something so despised.”

The department’s goal is intersection safety and efficiency. A 2015 study produced by University of Wisconsin Traffic Operations and Safety Laboratory showed that fatal and severe injury crashes decreased by 40 percent at Wisconsin roundabouts. This is consistent with the results of other national studies.

The construction cost of roundabouts and signalized intersections are generally comparable. In some instances, roundabouts provide cost savings. For example, at nine interchanges and overpasses on the I-41 project in Green Bay, an estimated $1.7 million was saved, largely because the roundabouts enabled the use of narrower bridges.

MacIver’s “deep dive” included this regarding a roundabout near Siren: “The DOT ripped up a perfectly serviceable intersection north of Siren, and replaced it with a roundabout. Why the DOT would waste $3.5 million to put a roundabout in a village of 806 people is hard to understand.”

This “perfectly serviceable” intersection had sixteen crashes between 2008-2012, of which four involved serious injuries, putting it in the top 5% of intersections for crash rate and severity.

The roundabout is not “in a village of 806 people”. It is actually located north of the village at the intersection of two state highways (WIS 35 and WIS 70), with a total entering traffic volume of 8,560 vehicles per day.

The project was 90 percent federally funded under the Highway Safety Improvement Program (HSIP).

The distinguishing characteristic of the MacIver report, illustrated by a careful reading of Gottlieb’s response, is that it is shoddy. It is, as Gottlieb observes, riddled with errors and misrepresentations.

Gottlieb wants policy driven by facts. He writes as follows to legislators:

I served six years as Secretary of the Department of Transportation under Governor Scott Walker. While I disagree with the Governor’s decision not to raise transportation revenue, and to continue to rely on unsustainable levels of borrowing, I respect his and the legislature’s right to make that determination. As a lifelong citizen of Wisconsin, it frightens me to think that their decisions might be based on the type of faulty analysis and false conclusions that characterize this [MacIver] report. For that reason, I have decided to speak up.

His service and honesty deserve respect. His shredding of the MacIver “analysis” likely will give legislators pause when they consider future information from that source.

4 thoughts on “The Contrarian: MacIver Attack on WISDOT Slammed”