By Wisconsin Democracy Campaign - Aug 7th, 2017 10:46 am
Get a daily rundown of the top stories on Urban Milwaukee 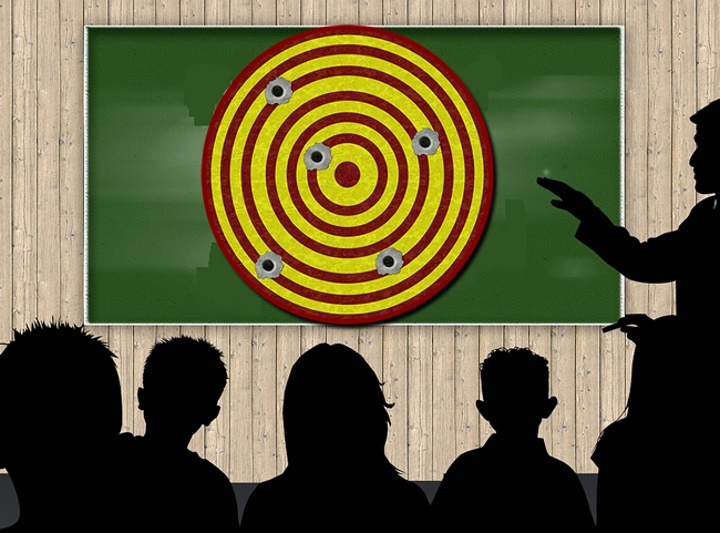 A GOP bill backed by the pro-gun groups that would let Wisconsin schools offer gun courses drew fire from Democrats and praise from Republican lawmakers at a public hearing Thursday.

The measure, Assembly Bill 427, requires the state superintendent of public instruction to jointly develop a curriculum for a comprehensive firearm education course to be offered as an elective to high school pupils.

The bill does not require a school district to offer the course, and prohibits the presence or use of live ammunition. The classes would be taught or supervised by an individual trained in firearms safety, according to the bill.

The proposal requires the state superintendent to jointly develop the curriculum with the Department of Natural Resources, a law enforcement agency, or an organization that specializes in firearms safety or that certifies firearms instructors.

Supporters of the bill say the courses will teach children how to safely use guns and opponents said the measure would allow guns in schools with nothing to prevent students from concealing and carrying ammunition with them.

The measure is sponsored by Reps. Ken Skowronski, of Franklin; Rob Brooks, of Saukville; Joel Kleefisch, of Oconomowoc; and Sen. Terry Moulton, of Chippewa Falls.

The bill is backed by hunting and pro-gun groups including the Safari Club, Wisconsin Bear Hunters Association, and Wisconsin Firearm Owners, Ranges, Clubs & Educators, a state group chartered by the National Rifle Association (NRA). The measure is opposed by the Madison school district and the League of Women Voters.

The NRA operates political action committees (PAC) and a corporation, which spent about $95,300 on outside electioneering activities between 2008 and 2016 to help Republican legislative candidates. In addition to outside election spending, the NRA’s state and federal PACs contributed about $53,100 to Republican legislative candidates between 2008 and 2016.