By Tamarine Cornelius, Wisconsin Budget Project - Jul 28th, 2017 11:34 am
Get a daily rundown of the top stories on Urban Milwaukee 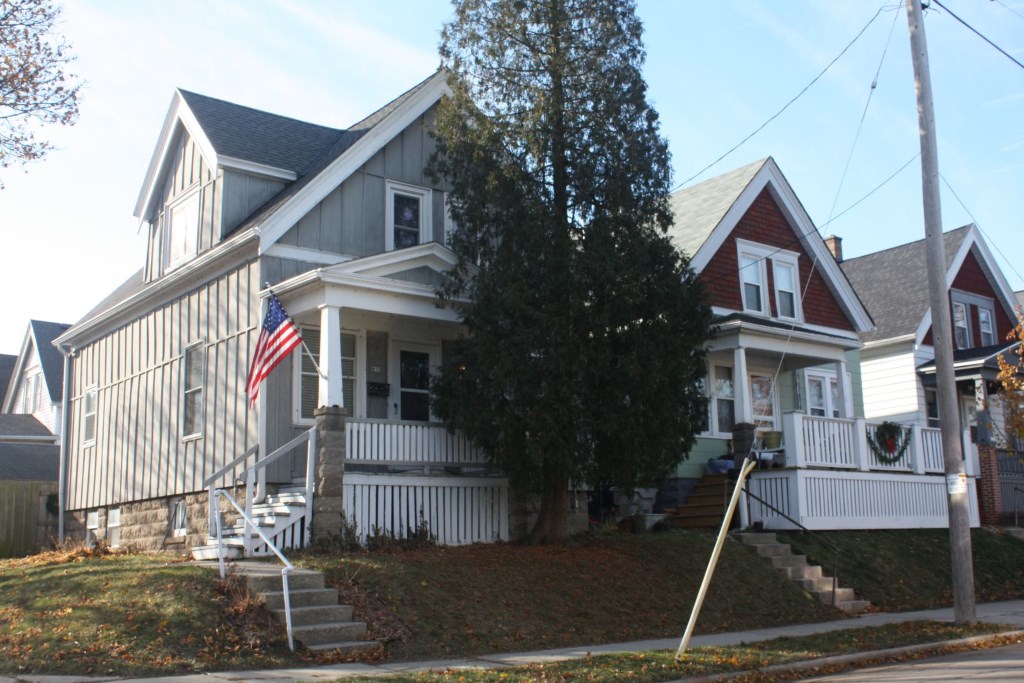 Lower-income households and households of color are the most likely to be shut out of homeownership. Photo by Carl Baehr.

An improving economy should offer more people a chance to climb the economic ladder to the middle class. But too many people in Wisconsin and nationwide are still being left behind, with their path to prosperity blocked by low-paying jobs, high housing costs, and lack of access to higher education, according to a new scorecard from Prosperity Now. Families of color are among those facing the most difficulty getting by, as they continue to feel the effect of generations of wealth-stripping policies targeting households and communities of color.

There are some signs of improvement in the national economy, most notably in the unemployment rate and poverty rate. The national unemployment rate dropped to 4.9% in 2016, according to the scorecard, nearly matching the pre-recession low reached in 2006-7. And the number of households living in poverty fell to 13.8% in 2016, the first measurable decline since 2011. 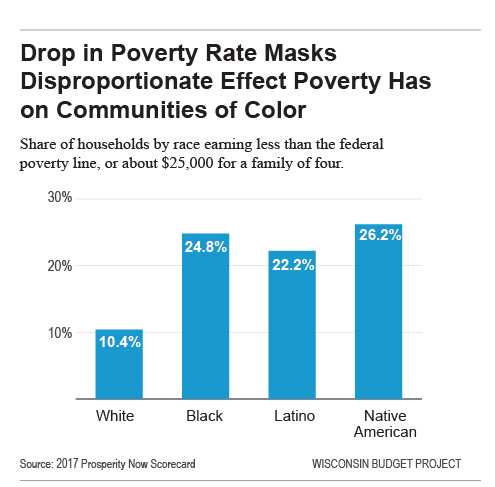 A more in-depth examination of the economic trends, however, shows that the gains have not been shared widely, particularly with regards to race. Nationally, black workers are more than twice as likely as white workers to be unemployed (8.7% vs. 4.0%). And the share of households of color living in poverty is twice as high as the share of white households.

Like trends in employment and income, the news in housing trends is decidedly mixed. Conditions are relatively stable for current homeowners, but the national homeownership rate remains significantly below pre-recession levels, meaning that fewer families have access to homeownership as a powerful tool for building wealth. Lower-income households and households of color are the most likely to be shut out of homeownership, the report explains: 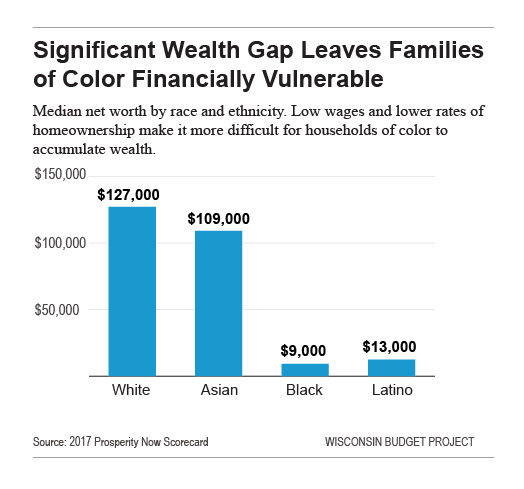 Differences in income, poverty, and homeownership create a very large difference in median net worth for households of different races. A typical household in the U.S. has a net worth of about $77,000 – but white households typically have a far higher net worth, compared to households of color.

In order to have a well-functioning economy and broad-based prosperity, we need to make sure that all families have a chance to get ahead economically. But laws, policies, and budgeting decisions passed at the local, state, and national level have the effect of holding back some households while making it easier for others to continue to accrue wealth. Fortunately, smart, targeted changes can have a big effect on our progress towards making sure we have an economy that works for everyone. Changes recommended by Prosperity Now include:

Read the full report: On Track or Left Behind? Findings from the 2017 Prosperity Now Scorecard.