Mural and art center are seen as way to transform Clarke Square neighborhood. 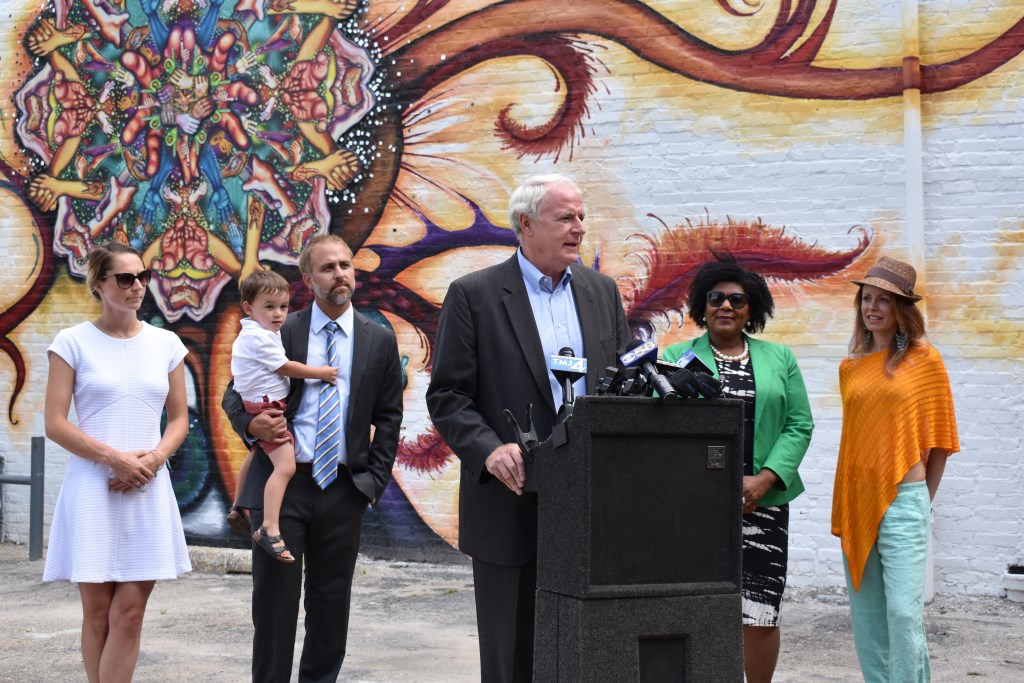 Can a mural help transform a neighborhood?

The Pattee Group and Principal Investor Ryan Pattee hosted a community event this week, inviting the Clarke Square neighborhood to join him for an update on the West National Avenue mural project.

Contributors to this project include: Ian Bautista, the Executive Director of the Clarke Square Neighborhood Initiative (CSNI); Angela Mitchell-Reid from the Neighborhood Improvement Development Corporation (NIDC); the Milwaukee Department of City Development; and of course, the artist herself, Jennifer Espenscheid.

Mayor Tom Barrett joined the kick-off event, located at the site of the mural, at 2435 W. National Ave. There, a two story building, built in 1927, will become an art center, while one side of the building now sports a distinctive mural that’s meant to celebrate the surrounding neighborhood.

“Our mayor and City Hall have been focused on making our commercial corridors safer and more dynamic,” said Pattee. “We are excited to announce a grand opening event for this space in the Fall (2017) upon completion.” The building will become the home for an art space and music collective.

The mural covers almost the entire brick wall of the west side of the building. It’s named a “Handala,” a play on the idea of a mandala. “Mandalas are present in every culture and religion and have been created throughout human history often with great purpose and effort, to inspire community connections and to share a story,” said Espenscheid.

Images of hands were used to create a kind of mandala made of hands. Danielle Nabak from the Clarke Square Neighborhood Initiative described the mural, saying “The hands that you see behind us are modeled after portraits taken of community members hands. I think that’s very powerful, hands hold such a powerful story.”

Said Espenscheid: “Human hands build our world, hold our babies, touch a friend’s face, shake on a deal, and express our emotions. Our hands are the finest evolutionary tool we have capable of extending our wishes.”

Barrett noted the power of the mural’s metaphor: “Hands holding other hands, having individuals of all ages, especially children holding hands together, I think is a great symbol of what we’re trying to do in this community.”

The mural was paid for on a matching basis: the CSNI and the Pattee Group paid for half of the costs while the NIDC matched their joint spending. Espenscheid also donated many of her hours and worked hard to get many of the installation supplies donated.

Espenscheid began painting individual hands and pairs of hands in oil on wood. With 21 originals entered into Photoshop, “I painstakingly selected the outlines and then repeated them in various positions and orientations,” she explained, “eventually creating a Mandela full of human expression from Clarke Square.”

“Around the centerpiece on the mural I placed what I call mirror seeds,” says Espenscheid. “They are symbols of our thoughts and actions. They reflect who we are, what we speak and what we do.”

“This is a very, very diverse neighborhood, and it becomes a stronger neighborhood when our residents are interacting with each other in a positive way,” said Barrett.

“From the start, our goal was to bring art to Clarke Square and I think we’ve accomplished that,” said Pettee.

This project has set the stage for the Pattee Group’s next project, restoring an 1860s building in Walker’s Point. 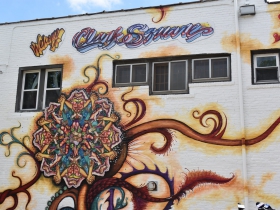 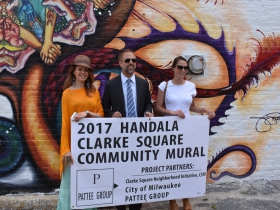 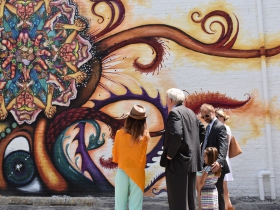 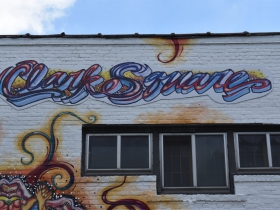 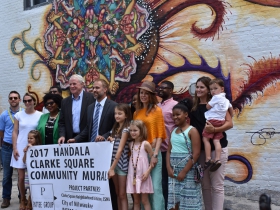 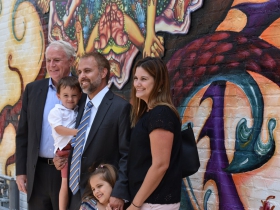