Plus: A place where adults can be adults -- and nibble on fromage. 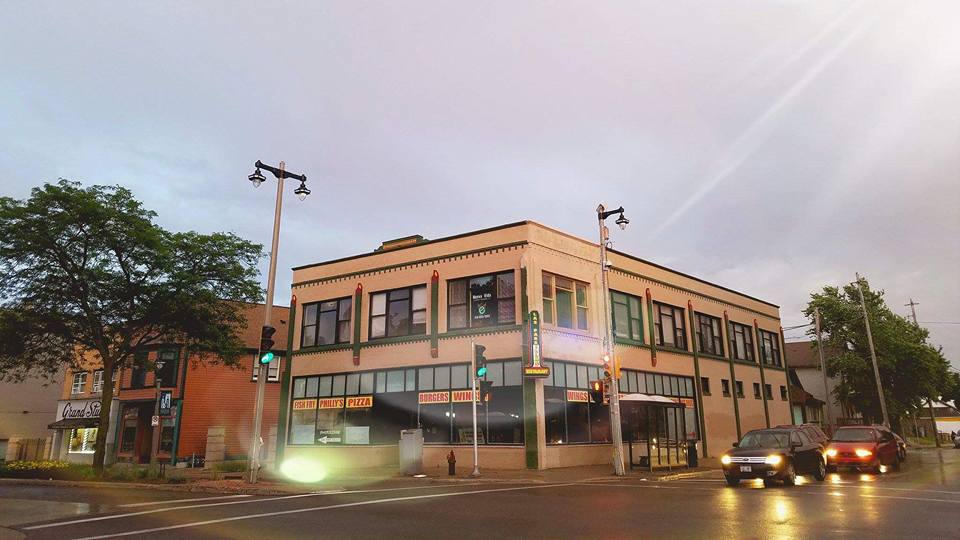 Okay, so you have Chuck E. Cheese for kids, but now there’s a place for adults, called (get it?) Charles E. Fromage. As the French-ified name suggests, the place has a decidedly continental slant, with a menu that will consist of appetizer-style food with cheese plates and antipasti, and wine, beer and soda.

Charles E. Fromage is slated to open in mid- to late-September at 5809 W. Vliet St. Owners Honroe and Tony Schiro also hope to serve brunch drinks including beer-mosas, and hot ham and cheese sandwiches prepared in the lower-level kitchen. The Schiros are renting MKE Kitchen in Riverwest to help meet their demands.

According to OMC’s Lori Fredrich, the restaurant’s tagline, “a place where adults can be adults,” is fitting to the atmosphere of the new spot. As she writes:

The concept…is fashioned from the idea behind 17th century French salons, which were organized to provide a place for men and women to congregate and engage in intellectual discourse.

Hours will likely be 4 p.m. to 10 p.m. on Mondays, Thursdays and Fridays with longer hours on the weekends.

Honduran restaurant, La Plancha, is set to open this fall at 551 W. Mitchell St. Chef and owner Robert Klemm, who also owns The Villa in Mukwonago, will run the restaurant with his wife Sindy Reyes and mother-in-law Dina Nunez, both of whom are Honduran natives.

Fredrich offered details on the Honduran and Latin American based menu:

La Plancha, which means “the iron” in Spanish, will serve a combination of familiar Latin American fare, as well as Honduran specialties like Honduran enchiladas (which are made using fried tortillas that are built upwards in a dish similar to French toast) baleadas (folded tortilla stuffed with fillings like cheese, sour cream, roasted meats or plantains), papusas and carne guisada, a classic pork stew made with a distinctive red sauce.

Meanwhile, a salsa bar will feature housemade chips along with a variety of accompaniments including chismol, a fresh Honduran salsa with similarities to pico de gallo.

The majority of the menu will be between $4 and $12 and many staff members will be bilingual to provide a welcoming environment for all.

Klemm noted he plans for La Plancha to have a “tropical island feel in the bright open space by incorporating cabanas to create smaller, more intimate dining areas.”

He also plans to have lots of bright colors and include Mayan influences alongside Honduran influences.

Klemm hopes for a September opening to serve breakfast and lunch, eventually expanding to dinner.

Lisa Vaccarello, runner and now food truck owner, will open her mobile coffee bar, Nimble Coffee Bar, by the end of July. She plans to park her food truck Downtown during rush hour, at college campuses and special events.

Nimble will serve Kickapoo coffee, originally from Viroqua (which now has a Third Ward outlet, Kickapoo Café). Nimble will serve rotating hand-brewed drip coffees and the truck will also have an espresso bar, offering drinks like lattes and other specialty concoctions.

Vaccarello said the truck will have a hand-brewed station, using AeroPress coffee makers to brew by the cup, speedier than making pour-over cooffees.

Poor Dagwood, how soon he is leaving the Milwaukee dining scene.

Yes, Brumstead Provisions at 2671 S. Kinnickinnic Ave. in Bay View, is about to become history. The sandwich and dinner restaurant will be converted to Hot Head Fried Chicken — no comics reference we can think of in that name — by the end of the summer.

Co-owner Mike Bodow, who also owns Crafty Cow in Oconomowoc, opened the restaurant in September and by spring had changed chefs, added seating and added Crafty Cow’s menu, which consists mainly of burgers.

The Crafty Cow half of the restaurant will remain open as well as a new dog-friendly patio, while Bumstead will close for redecorating shortly before Hot Head’s opens.

The fried chicken will be available in several preparations: Southern fried; Carolina Gold, in a mustard-seed barbecue sauce; and the ever-more common Nashville-hot style.

Chicken will be available in two or four pieces, as a whole bird and as a sandwich, with prices from $8 to $28.

Bowls of mac and cheese or grits ($10 to $15) can be customized with add-ins, such as Cajun shrimp and andouille sausage, corn and roasted tomato, or braised pork cheeks.

Along with takeout and delivery through Grubhub and UberEats, Hot Head’s will be open daily for lunch and dinner.

According to an announcement on their Facebook page, The Landing at Hoyt Park at 1800 N. Swan Blvd. will be the host of a Food Network competition on Tuesday July 25. While the name of the show was not announced, members of the public are welcome to come watch the filming.

Anyone interested in being a part of the audience of the show should show up after 3:30 p.m. and be prepared to sign a media waver.

Wendi Devan of SA Braai will be one of the judges on the show which is extra exciting!

The Landing, normally closed on Tuesdays, will open at 3 p.m. Tuesday with food and drinks for sale. We expect to wrap up around 6 p.m.

The name of the show hasn’t been made public but we’re looking forward to offering the beer garden at beautiful Hoyt Park as a host site.

The Landing at Hoyt Park serves local and craft beer, wine and has live music on Thursdays, Fridays and Saturdays mid-May through October.

Jow Nai Fouquet at 1978 N. Farwell Ave., announced on Facebook it will be closing its doors come September. The Thai restaurant, owned by Aomja Nueakaew opened in 2011 and hopes to reopen in the future at a new location.

It is with sadness that I am announcing that JOW NAI is closing in September 2017. We want to thank our amazing customers for supporting us these past 6 tears. I have loved every minute of it. My dream was to open a restaurant and feed people delicious and healthy food. I think we did that at JOW NAI. Please come and visit us this August! I plan on taking a break, and hopefully sometime in the future, I will be looking to once again open another place in Milwaukee…

The restaurant will continue to be open throughout August from 5:30 p.m. to 9 p.m. Thursday through Sunday with takeout available as well.

Goody Gourmets will close their location at 6913 W. Brown Deer Rd. and open a new location this fall in Glendale.

The new shop, which serves gourmet popcorn and treats, will open at 6369 N. Green Bay Ave. in a vacant coffee shop, and serve as headquarters for the business.

For the past year we’ve been looking for a larger facility. We really needed a place where we’d be able to operate more efficiently. Both of our current locations are very small, and we really needed additional space for employee training, storage and processing.

The building’s exterior look would be transformed from the “existing service station design to a state-of-the-art commercial office and restaurant design,” the [city] report said. It would have both interior and patio seating for customers.

Fredrich reported that Chesser is considering expanding her product line to ice cream or coffee.