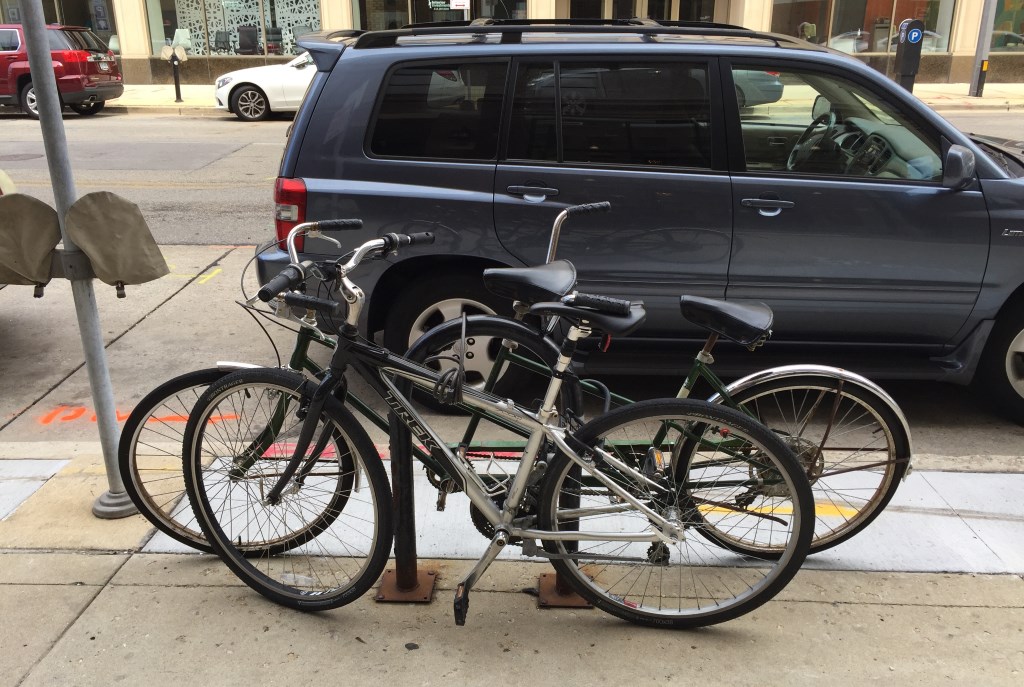 Yesterday the Common Council passed an ordinance creating new minimum standards for bicycle parking and bike racks for all new and redeveloped buildings. Urban Milwaukee previously reported on the proposed ordinance, which planners at the Department of City Development (DCD) had been working on for more than a year.

The notion of more bicycle parking is drawn from a 2010 planning document called Milwaukee by Bike. One of the big goals in the document is that by 2020 five percent of all trips within the city are made by bicycle. Right now, just .9 percent of Milwaukeeans bike to work. A key to meeting the 5 percent goal is infrastructure that makes bicycles a viable option for getting around. The new ordinance lays out minimum rules and standards for the type, placement and amount of bike parking for various types of developments. 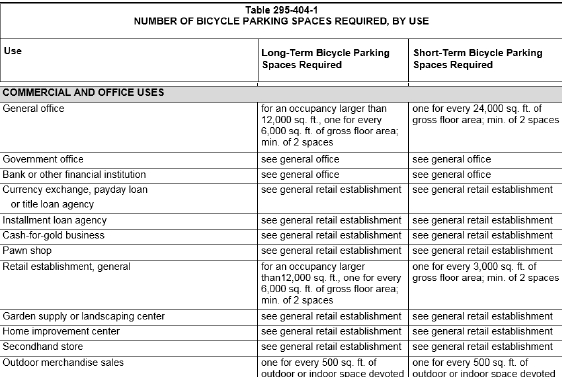 Number of Bicycle Parking Spaces Required, By Use

The rules are really an update to an existing ordinance for bicycle parking, but that ordinance was vague and limited in scope. And while many businesses and new developments are installing extra bike parking on their own, the new rules will provide minimum standards for all new or redeveloped buildings in the city.

The council’s Zoning, Neighborhoods & Development Committee (ZND) had approved the ordinance before it went to the full council, Some of the ZND committee members asked whether exemptions were built into the ordinance and expressed doubts about its utility for areas like Milwaukee’s far Northwest side where roads are less bike friendly and few bicycle.

But Greg Patin, a strategic development manager with the Department of City Development, called the new standards “relatively modest,” and said the minimums set forward are likely less than Ald. Nik Kovac, who sponsored the ordinance, would like in his district.

Kovac also responded to concerns that some districts don’t need bicycle parking, using a phrase he has used before, “Infrastructure is destiny,” and adding this “One of the reasons nobody bikes out there is because you built these highways of death.”

With the modest cost of racks compared to car parking spaces, Kovac also said he doesn’t think the requirements would dissuade anyone from building.

He added that, like the proposed Menominee Valley riverwalk project, “This is a gamble on the next few generations of Milwaukee.”