Passionate opening concert for Summerfest captured in our photos. 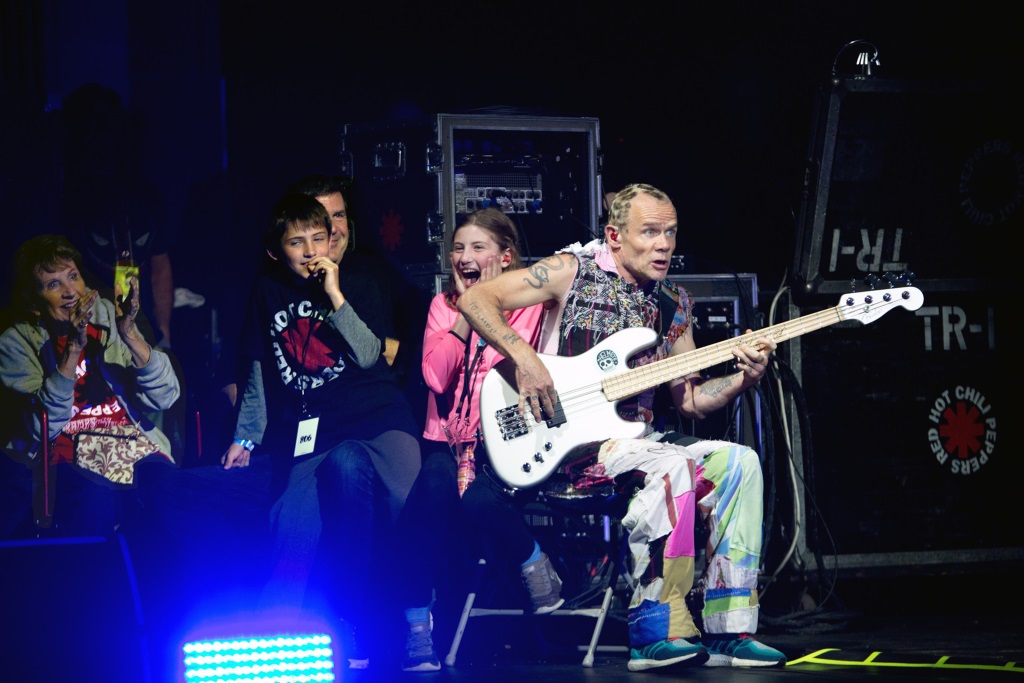 This show had a special Wisconsin connection. Sitting on stage right was the drummer Chad Smith’s mother, brother, nephew and niece. His mother was visiting from Detroit and his brother lives in Wauwatosa. Flea started the show by sitting next to them as the band started their set. At the end of the concert Chad recognized his mother on mic. Her smile was captured on the jumbo video screens. Clearly a special moment for Chad, his mom and the fans. Photo by Erol Reyal©

The Red Hot Chili Peppers took the stage at Summerfest Wednesday night, playing an intense set of their hardcore funk-punk rock known and loved by many. Kicking off at 9 p.m. and playing till curfew at 11 p.m., the Rock and Roll Hall of Famers consist of founders Anthony Kiedis (Vocals) and Flea (bass), Chad Smith (drums) and Josh Klinghoffer (guitar) They were joined by Nathaniel Walcott on keys and Chad’s drum tech Chis Warren on occasional synth parts. They played the most varied and energetic set I’ve seen in years. As the brother of the drummer, I’m a fan, of course, but the audience response suggested many feel the same way. This tour is part celebration of classic Peppers (playing four songs from the landmark Blood, Sugar, Sex, Magik release of 1991) and showing that they’ve still got game, by playing four songs from their latest album, The Getaway. The band is in a great place creatively.

I had never seen them play the slinky R&B flavored “Mommy Where’s Daddy?” from their first LP before. For the long-time fans, to hear “Breaking the Girl” and “Me and My Friends” was a treat. “Tell Me Baby” is a live show jewel from Stadium Arcadium. Playing songs from their current release could create a lull for those not familiar with them, but those songs were actually some of the best. “Dark Necessities” continues to be a show stopper and the band clearly loves playing that dynamic, killer melodic chorus every show. “Go Robot” added a guest bassist (tour manager assistant Sam Banuelos) so Flea was free to embellish. The encore medley included “Goodbye Angels” and proceeded to the fan favorite anthem “Give it Away.” The band is pleased to play their new songs on tour. It keeps them fresh and confirms the Chili Peppers are still relevant in the ever-changing landscape of today’s music.

Categorizing the Chili Peppers’ music, which also draws on psychedelic and jam band elements, is not easy. I call it Chili Peppers music. When you hear it, you know it’s them. They continue to follow their muse and bring joy and craziness to our ears and hearts. Long live the Peppers, and long live Summerfest, happy 50th birthday to the Big Gig. 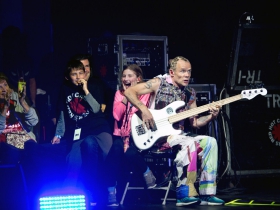 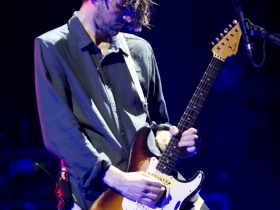 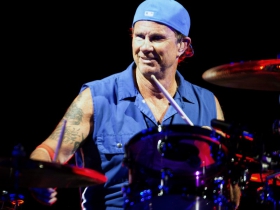 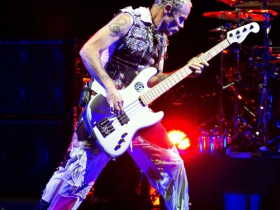 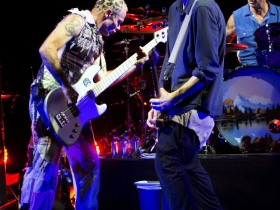 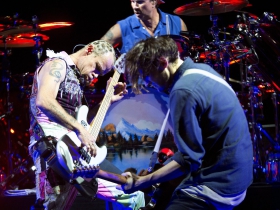