New hikes proposed, already higher than in any Midwestern state. 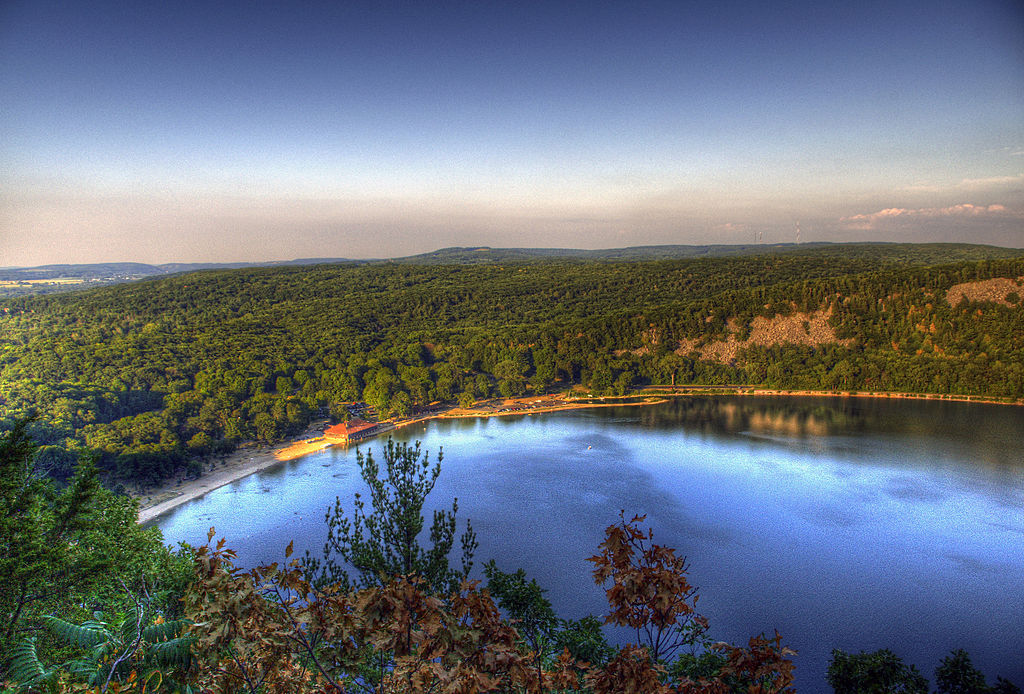 Devil’s Lake. Photo by CrispAir at en.wikipedia (Own work) [CC BY 3.0 (http://creativecommons.org/licenses/by/3.0)], via Wikimedia Commons

Fees to visit Wisconsin’s state parks, forests, recreation areas and trail areas could increase again, after being hiked two years ago. Some campers could pay up to $20 more per night. The Legislature’s Joint Committee on Finance recently approved higher fees as recommended by Governor Scott Walker, by a 12-to-4 vote. All Republicans voted in favor and all Democrats opposed the measures.

Daily park-entrance fees could increase up to $5 per vehicle. Standard campsite fees could be raised up to $10 per night, with an additional $5 bump for sites with electricity at the five most-popular parks. The Department of Natural Resources secretary would set fees within parameters approved by the Legislature. The goal would be to address a current $1.4 million projected structural deficit within the parks budget.

In 2015 Walker and the GOP-controlled Legislature eliminated taxpayer support for the state parks’ operating budget, mandating that they become self-funding and function “like a business.” The move cut $4.7 million (28 percent) of the system’s $16.7 million budget.

Now, fees from admissions, camping and use permits must cover the entire parks budget. No other state park system in the U.S. sustains itself solely through fees, according to Bill Zager, president of the Friends of Wisconsin State Parks (FWSP). Zager told Urban Milwaukee that most states fund at least part of their parks budget through the general fund. He said some states support parks from lottery or oil-drilling-permit proceeds. He noted that South Dakota tried self-funding state parks several years ago and has since returned to providing support through its general fund.

An April 21, 2017 article in Door County Pulse confirmed that “No state park system has been able to fund operations and capital development through park revenue over the long term.” Scott Hassett, who served as DNR Secretary under Gov. Jim Doyle, told the Pulse that “fee increases will inevitably squeeze low-income residents out of the parks.”

New camping rates could raise the nightly cost at many parks to $53 for residents and $61 for non-residents. At Devil’s Lake, High Cliff, Kohler-Andrae, Peninsula and Willow River state parks, sites with electricity could cost $58 to $66 per night. By contrast, standard rates at economy-priced motels in Wisconsin start at around $40.

Zager said FWSP board members would prefer that fees not be raised but are glad that proposed increases would likely be selective, rather than across the board. Nonetheless, they don’t want fees boosted to the “tipping point where it keeps people from coming.” He does not know exactly where that point is but believes any fee hikes should be temporary, studied for their impacts, and adjusted accordingly. FWSP’s mission is “preserving, promoting, protecting, and enhancing Wisconsin state parks, forests, trails and recreation areas.” The mostly-volunteer group supports 81 local Friends chapters around the state.

FWSP does support a proposed provision that would allow the percentage of campsites with electricity to increase from 30 percent to 35 percent. Of the 3,967 sites in all parks, currently 1,160 are electrified. Zager said there is strong demand for sites with electricity.

James Dick, the Department of Natural Resources spokesman, declined to comment for this article because the budget is “still a work in progress.” Sen. Alberta Darling (R- River Hills), co-chair of the joint finance committee, did not respond to repeated requests for comment. Rep. Jonathan Brostoff (D-Milwaukee) told Urban Milwaukee that proposed fee increases would “squeeze every penny” out of those visiting state parks and do nothing to increase parks’ public accessibility or appeal.

Wisconsin’s per-day entry fees are already higher than those at all other Midwestern state parks. Proposed fees per private vehicle (car, truck or motorcycle) could be raised to $13 for residents and $16 for nonresidents. Visitors already must also obtain a daily or annual per-person trail pass to engage in off-road bicycling, cross-country skiing, inline skating or horseback riding at many locations.

Wisconsin waives state park fees for everyone during the first full weekend in June — the only free or discounted days for the general public. State residents who are service members receive a vehicle-admission exemption on Veterans Day and the three-day weekend that includes Memorial Day.

Illinois, Iowa, Missouri and Ohio do not charge entry fees to state parks, either per vehicle or as a per-person daily-use fee.

North Dakota library-card holders in 11 cities may check out a daily state-park vehicle pass at public libraries, as they would a book. The pass affords entrance to any state park, waiving the $5 daily vehicle fee, and is good for seven days. (Similar programs are offered in other states.)

Annual Passes Higher Than Most Nearby States

All Midwestern states charging entry fees to state parks also offer annual passes. Wisconsin’s annual in-state “vehicle admission sticker” is $28 for residents and $38 for out-of-staters, which provides access to all sites that charge admission. Passes for a second vehicle at the same address cost $10.50 for state residents and $20.50 for non-residents. Residents age 65 and older pay $13 for an annual pass (or $3 per day).

Fee waivers are available for disabled veterans and former prisoners of war who are residents. Wisconsin’s passes are valid for the calendar year. Some states’ annual passes are valid for 12 months after purchase, which offers more value. Wisconsin charges daily vehicle fees in addition to camping fees; some states do not. Proposed legislation would not raise the cost of annual passes; however they already top those in most Midwestern states.

Michigan residents pay $11 for an annual Recreation Passport (or $5 annually for motorcycles). The passport costs $32 for non-residents. If purchased through the Secretary of State’s office, additional discounts are available for local businesses and services.

Minnesota charges $25 for an annual pass (regardless of residency), valid for a full year from the month of purchase. Disabled veterans and active-duty military personnel can obtain free or discounted vehicle permits.

North Dakota charges $25 for an annual vehicle entrance permit, regardless of residency. Passes for North Dakota residents 65 and older are $20. Discounts are also available for disabled veterans.

South Dakota’s annual permit is $30, regardless of residency.

Nebraska charges $31 for a resident annual pass and $46 for a non-resident pass.

State parks are most popular for close-to-home outdoor recreation. The National Association of State Park Directors reports that 92 percent of all state park visitors are day-time users. In 2016, more than 791 million people visited state parks, which is more than double the U.S. population. There were 66.6 million overnight stays in state parks.