Botanas Is a Loud Letdown 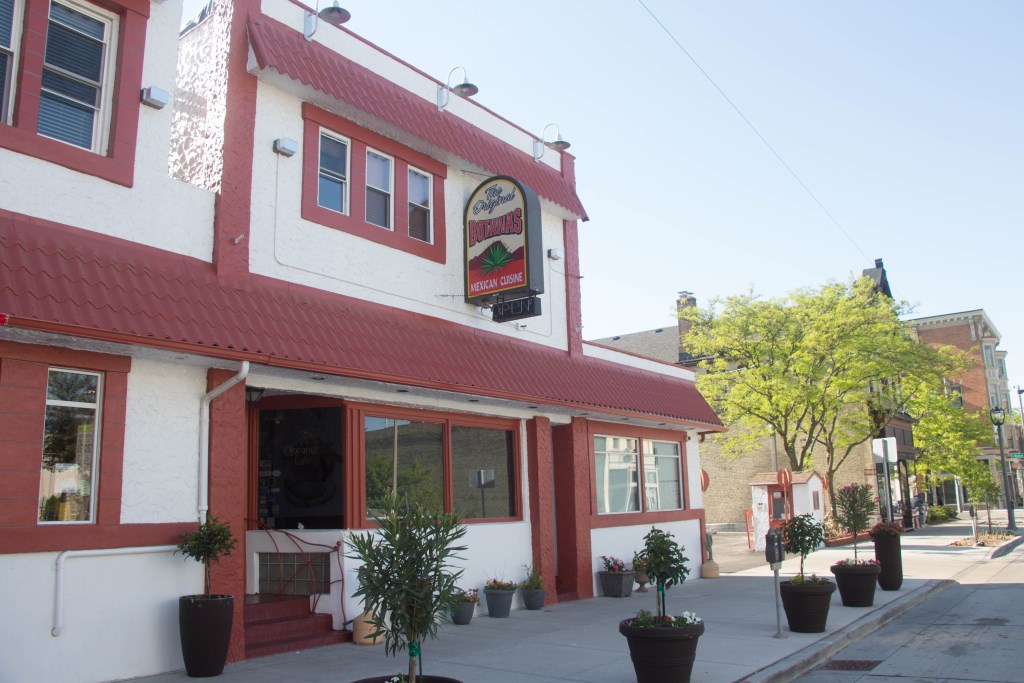 Here’s the best thing I can write after two visits to Botanas. They serve giant sodas, so huge that when a companion joked, “Should I ask for a carryout cup?” we laughed, until our attentive server overheard her comment and brought a carryout cup for the remains of her coke. 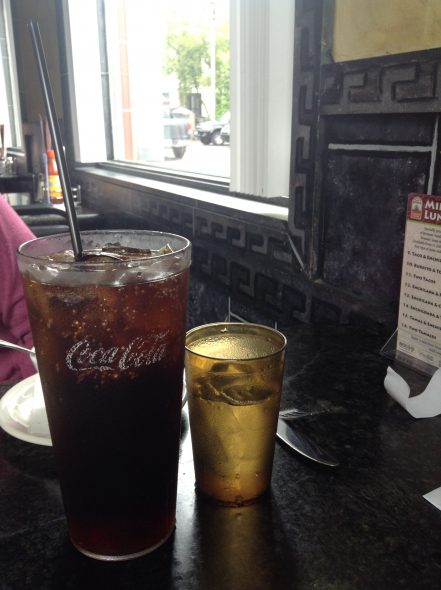 Here’s another positive about Botanas. On both visits we experienced excellent service that went far beyond the usual. Here’s the third plus, and this is a big one in Walker’s Point where parking on weekend nights can be an issue; Botanas has an exclusive parking lot for their customers.

Now for the rest of the review. We came on a Thursday following a Hangman Tour where we learned about The Whoring 20s and a slew of Milwaukee’s prominent madams. We wanted a quick meal and a beer. What we didn’t want, or expect, when we decided on Botanas, was a dining room where the noise level exceeded anything I’ve experienced in a local restaurant. Noise in a bar, yes, that’s a given, especially on a weekend night, but not at a place where people came to eat and hopefully enjoy some conversation. Botanas has three dining rooms, so why stick customers, us, in the smallest one, when there were empty tables in the other two rooms? The décor in this particular room, the one furthest from the entrance, would fit nicely into a themed Mexican jungle room at Disneyland. Three dimensional clouds are plastered on the ceiling; strange gargoyles protrude from the walls; and fake plants drip from the ceiling in this plastic jungle which thus achieves an overall effect of total claustrophobia.

Since I wanted a light meal, I ordered a Small Cheese Quesadilla from the A La Carte menu and what I got was a soggy tortilla with lukewarm cheese, served with very tired lettuce and half a dozen chunks of chopped tomato.

When I ordered guacamole from the Encendido a Lada, a list of side orders, our server asked if I wanted it chunky or whipped. Whipped? Never. She brought a bowl, a bit more guacamole than I expected for $1.50. This pale green, bland, apparently mass-produced dish had no resemblance to what we call guacamole. We queried our server who had misunderstood our order in the surrounding din and said she had brought the wrong guacamole, whipped, not chunky, and a table order, not the side I had requested. She removed the charge from the bill.

An order of Mexican Pizza, a House Specialty, was no better. The best part was the crisp underlying flour tortilla. The rest, a gloppy pile of refried beans topped with too much melted cheese, had no eye or mouth appeal. Maybe when there are 30 House Specialties on the menu, some might go astray.

The Taco Salad turned out to have most of the same ingredients as the pizza except it was loaded into a flour tortilla shell and included ground beef.

After this debacle, I returned with two friends hoping that my first impression could be corrected. From the Mini-Combo Lunch Specials, a list of 16, most of which involved enchiladas, tacos, burritos, tostadas, and chimichangas, we ordered all the above in various combinations of two. Each order came with a cup of spicy black bean soup, the best part of our otherwise uninspired meal. We were saved by the salsa which we dumped on everything, including the rice and beans, hoping to pimp up the insipid flavors of everything on our plates.

I left so much food that a manager stopped by to ask if everything was all right. I replied in my polite voice, “Thanks for asking. Everything is fine.” The manager was followed by our server who assumed I wanted a second meal at home and brought me a take-home container. I said, “No thank you.”

Botanas did not expand from one dining room to three by serving what we experienced as pseudo Mexican/Tex-Mex food which appeared to be mass-produced. I ate there back when there was one dining room, the food was exceptional, and the service likewise. Only the excellent service remains. Now with three dining rooms and triple the number of mouths to feed, could the kitchen be overextended? I hope many of those 30 specialties which I didn’t sample are delicious, because it’s sad to see a restaurant slide into mediocrity when they had such a fine start. 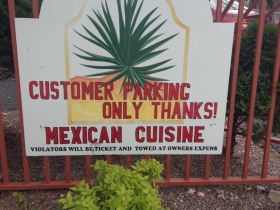 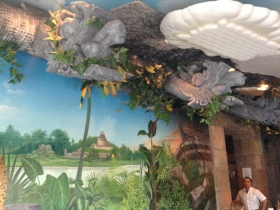 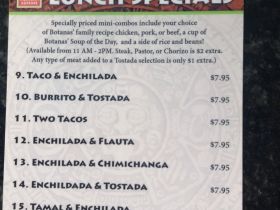 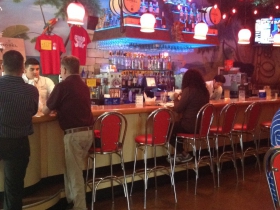 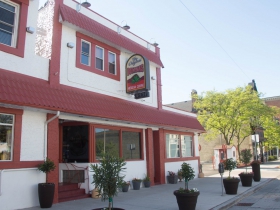 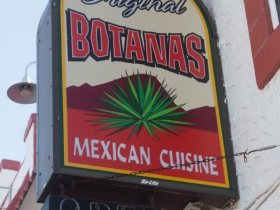 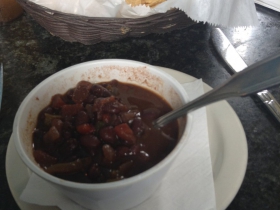 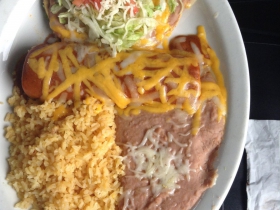 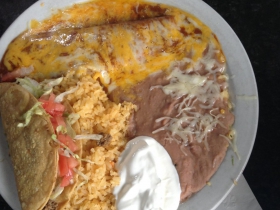 35 thoughts on “Dining: Botanas Is a Loud Letdown”