The Good and Bad of Urbanism 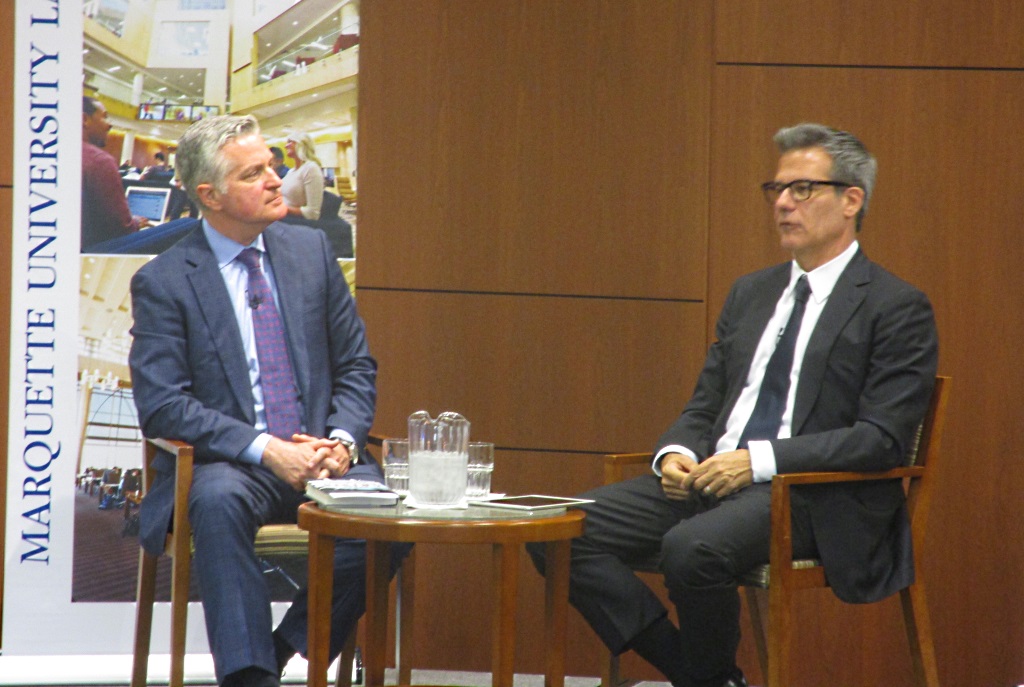 Richard Florida became synonymous with urbanism a decade-and-a-half ago when he wrote a largely upbeat book, “Rise of the Creative Class,” about the renaissance taking place in major cities across the globe.

In his latest literary work, Florida, director of the Martin Prosperity Institute at the University of Toronto and a global research professor at New York University, has taken a more sobering look at some of the challenges facing urbanism.

Florida discussed the components of his recently published book, “The New Urban Crisis,” at Marquette University on Thursday. Florida spoke with Mike Gousha for his On the Issues series. Several hundred people attended the event.

For all of the positive buzz about urban revival, Florida said new challenges have grown alongside the trend, including a reduction in the middle class and an overall rise in inequity among various demographic and class groups. 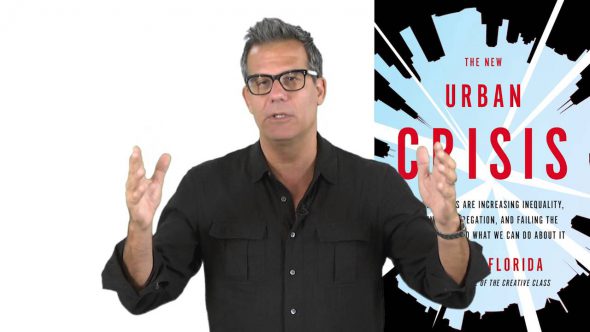 Although there are common threads in the challenges major cities face, Florida said there is not a cookie-cutter blueprint to solving issues from one urban center to the next.

“Every community is different,” he said. “What works best in one city won’t work in another.”

When it comes to the shifts that have brought people back into the cities, Florida said there is much to celebrate. “We’ve seen an urban revival on steroids,” he said as he described the trend in Milwaukee and elsewhere.

Florida recalled an encounter he had years ago with then-Mayor John Norquist during a stop in Milwaukee. One of the long-range visions that stood out in Florida’s mind were the improvements along the Milwaukee River.

“Milwaukee has done a fabulous job of reinventing itself,” Florida said. “You don’t have the level of urban crisis (in some cities) … but the signals are still there. You have to deal with it.”

In “The New Urban Crisis,” Florida incorporated research from a number of scholars and touched on such data as a so-called crisis index that looks into some of the challenges major urban cities face. Milwaukee, for the record, ranked 60th in the index.

Cities higher up on the index faced a number of issues not necessarily prevalent in most pockets of Milwaukee, including sweeping home prices that fall outside a middle-class income.

While Milwaukee outpaces many of its peers on the whole, Florida was quick to point out some of the city’s own issues, including the high ranking for racial disparity and segregation, which has been widely publicized in recent years.

In a big-picture sense, Florida said city leaders need to look to themselves — and local, non-governmental partners — in furthering urban renewal efforts. The federal government, Florida said, cannot be looked to as a lifeline in the effort, and he was quick to preface his comment was independent of the current administration.

Florida also discussed infrastructure investment and the role it can play in spurring urban renewal. Milwaukee, of course, has a number of such efforts in progress, including the downtown streetcar and Milwaukee County Transit System’s bus rapid transit review.

Gousha pointed out the streetcar, in particular, has been a controversial, polarizing topic throughout the metro area.

“It’s controversial everywhere,” Florida said. “It’s why we haven’t built enough of it.”

Florida said he also believed Milwaukee would benefit economically by having a high-speed rail system that would efficiently send passengers to Chicago and other urban areas.

Despite the challenges facing major urban centers across the globe, Florida said he remains a staunch supporter in the value cities bring to all forms of life.

“Urbanism is the key to productivity,” Florida said. “Diversity really is the mechanism of urbanism. Success is possible when you have the maximum amount of diversity possible.”

19 thoughts on “The Good and Bad of Urbanism”