Give Your Input on BRT Project

Milwaukee County is looking for feedback on the proposed East-West Bus Rapid Transit line. The new bus service, which is proposed to run in dedicated lanes between The Couture on Milwaukee’s lakefront and the Milwaukee County Regional Medical Center on the county’s western edge, would dramatically speed up service in the highly-traveled corridor. The project team, led by a partnership of AECOM and HNTB, will present their work at two open houses this week.

On display will be recommended lane configurations, proposed station locations and designs, project costs, an estimated project schedule, and information about traffic, safety and parking impacts. Attendees are encouraged to provide feedback on the project design.

The roughly nine-mile, 12-stop line would run from the site of the proposed The Couture tower on the lakefront and west on Wisconsin Ave. to Hawley Rd., and then along Bluemound Rd. before snaking through the Milwaukee Regional Medical Center to the park-and-ride at Swan Boulevard.

The project, which would be 80-percent federally funded, would cost between $42-to-$48 million depending on the number of dedicated lanes set aside for the system. Substantial ridership gains in the corridor, upwards of 30 percent, are estimated by the project’s consultants, AECOM and HNTB.

Gains in ridership are expected to come from high service frequency (every 10 minutes on weekdays, every five minutes during rush hours), fewer stops and off-bus ticketing (both leading to reduced travel time), better stations than traditional bus shelters and improved vehicles that would cost upwards of $1 million each. In 2016, project consultant Dan Meyers told a city committee that 23 percent of those living within a half-mile of the route lack an automobile in their household, far above the county average, statistics show. Along the route are major employment and job centers including Downtown (81,000 jobs, 25,000 residents), Near West Side (40,000 residents, 30,000 jobs) and Milwaukee Regional Medical Center (16,000 jobs, 30,000 daily visitors).

Initial engineering work on the project has been previously advanced by the county, the City of Milwaukee and City of Wauwatosa. Milwaukee County is funding the work in part with proceeds from a $30 vehicle registration fee first implemented this year.

The project will ultimately rely on a Small Starts grant from the federal government. President Donald Trump‘s proposed budget would eliminate that program, but the president has also pledged a massive infrastructure program that could include a rebranded or reconfigured Small Starts program. While the budget is debated in Washington D.C., the project team in Milwaukee will continue to do engineering work on the project. 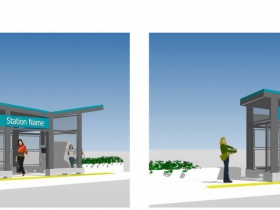 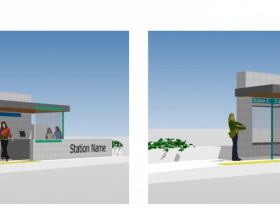 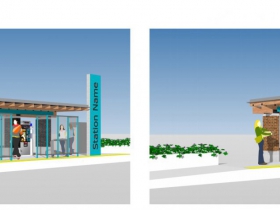 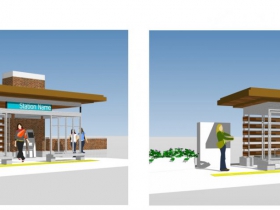 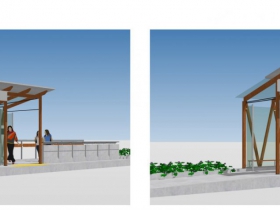 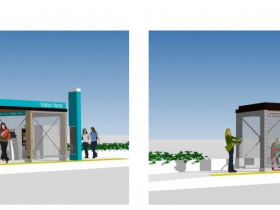 6 thoughts on “Eyes on Milwaukee: Give Your Input on BRT Project”