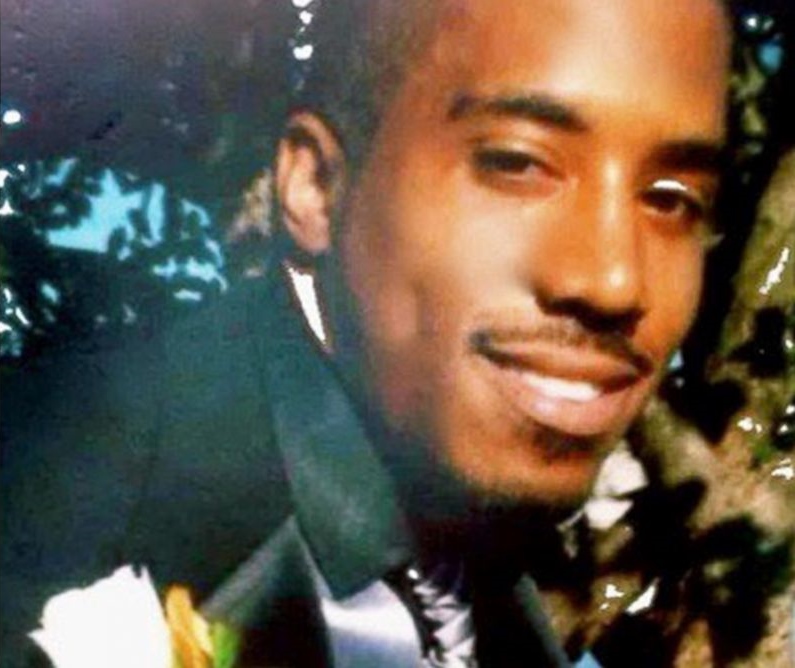 It’s official. The Milwaukee Common Council voted today to authorize the City Attorney to finalize a $2.3 million settlement between the family of Dontre Hamilton and the city. But the vote came only after a charged exchange of views between Ald. Bob Donovan and four African American members of the council.

In a letter to the council, City Attorney Grant Langley noted that the city has already lost the first step of the Hamilton family’s lawsuit against the city via a summary judgement at Federal District Court. Langley added that his office is appealing the matter, but recommended the settlement “given the risks of further litigation and its increasing costs.”

The only opposition to the settlement on the council floor came from Donovan. The south side alderman, a long-time advocate for rank-and-file members of the police department and the police union, ultimately abstained from voting on authorizing the settlement, but did earlier vote to authorize the funding for the settlement.

In his remarks explaining his position, Donovan stated “there are no winners, with perhaps one exception, the attorneys walking away with $1.1 million.” Donovan noted that there are plenty of losers in what he characterized as a “dark chapter in Milwaukee’s history” including Dontre Hamilton, his family, the taxpayers, Manney and members of the police department.

Donvan went on to state that “for me to vote in favor of this I feel that somehow I would be contributing to the belief that officer Manney did something wrong, and I simply don’t believe that.” Donovan charged that Police Chief Edward A. Flynn fired Manney only to avoid racial unrest, and that the city saw racial unrest anyway. He concluded, saying that “while it may be the expedient thing to settle this, at least for me, I don’t believe it’s the right thing to do.”

The Donovan floor speech drew a response from each of the African-American council members, with the exception of council president Ashanti Hamilton who would have needed to temporarily surrender his position to speak on the matter.

Ald. Milele A. Coggs was first to respond and the first of many to open her remarks noting she had originally not intended to speak on the matter, but was drawn to do so by Donovan’s remarks.

She reflected on the tragic nature of the situation and noted she supported the settlement on the basis that it gives recognition to the idea that black lives matter. “We are at a place and time,” Coggs said, “where we should all be humane enough to hope and believe that sleeping in a public park is not a death threat.”

Referring to Donovan, Coggs stated “my colleague says this is over today, and I hope to god he’s right. I hope there isn’t another name to add to the list tomorrow, next week or next year.”

Ald. Cavalier Johnson gave his support for the settlement, noting he had walked through the park shortly before the incident occurred and often wonders what would have happened had he woken Hamilton instead of Manney. Johnson stressed that the city needs to not just invest in police, but in all of the residents of the city. He ended his remarks saying Hamilton needs to be remembered because “black lives do matter.”

Ald. Khalif Rainey, who became an outspoken member of the council when the August 2016 unrest happened in Sherman Park, noted “this is not just a Milwaukee issue, this is an American issue… something we have to address not just here in Milwaukee, but as Americans.” Rainey ended his remarks by stating “Fourteen shots. Fourteen shots. I understand that the Milwaukee Police Department has a challenging job, but what occurred that day was more than tragic. We should all respect that and, at least in his death, we should honor him.”

Ald. Chantia Lewis, echoed Rainey’s remarks that no amount of money would be enough to satisfy the loss of life. She pointedly stated “what would you want to happen if it was your child?”

Ald. Russell W. Stamper, II, in response to Donovan’s remarks in support of Manney’s actions, noted that two police officers had previously visited Hamilton and decided to leave him alone. He went on to state “the people that were in the same shoes as officer Manney chose to leave him alone.”

The council approved the funding for the settlement with a unanimous 15-0 vote, and approved settlement authorization on a 14-0-1 vote with Donovan abstaining.

Dontre Hamilton’s family stated that his parents and brothers will not receive money from the settlement, and that it will be put into a fund and made available to Hamilton’s son when he becomes an adult.

How Dontre Hamilton Was Killed

Dontre Hamilton was shot and killed by officer Manney on April 30th, 2014. Manney had come to check on Hamilton, who was sleeping on a park bench, after employees of the Starbucks cafe in Red Arrow Park called the police to check on him.

Manney began to pat down Hamilton, when Hamilton began to fight him and got control of Manney’s baton. Hamilton hit him on the side of the neck, according to Milwaukee police internal affairs. Manney then discharged fourteen rounds from his firearm at Hamilton.

The incident was clearly visible from Common Council offices on city hall’s second floor. One witness cited in the report on the incident, who is referenced only by the letter’s “R.B.”, is clearly Ald. Robert Bauman.

Manney was fired by Chief Flynn in October 2014, not for excessive force, but for not following department rules in his handling of the situation. Manney appealed the firing and was granted duty disability retirement.

Manney had filed a claim for retirement two days before he was fired by Flynn on the basis that the shooting and its aftermath gave him post-traumatic stress disorder. The officer never faced criminal charges for the shooting following a controversial decision by Milwaukee County District Attorney John Chisholm not to issue charges. Manney now collects 75 percent of his salary tax free.

35 thoughts on “Eyes on Milwaukee: Sparks Fly Over Hamilton Settlement”