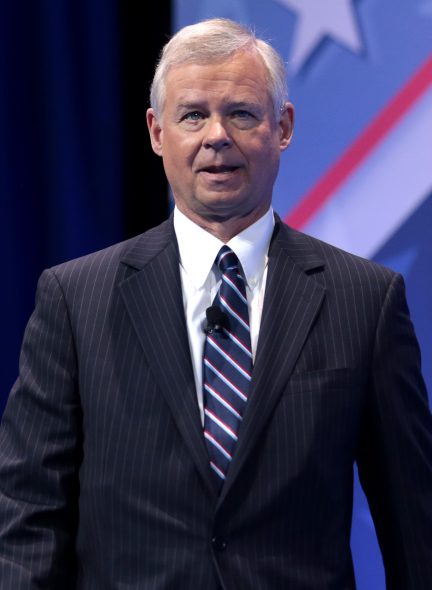 Much has been written recently about internal Bradley Foundation files that were disclosed, probably by Russian hackers. Milwaukee Journal Sentinel columnist Dan Bice has written extensively about what the documents tells us about the foundation’s strategy to “construct state-by-state networks of activist groups to win support for its conservative agenda from coast to coast.”

He quotes Rob Stein of the liberal Democracy Alliance who says the Bradley Foundation’s efforts could create a permanent “red wall” for Republicans in national and state elections. “It’s what I call the Republican iron curtain,” Stein said.

Yet Bice ignores the elephant in the room: whether this charitable group is violating the federal law restricting a tax-exempt charity from engaging in activities to benefit a political party. As Mary Bottari of the liberal Center for Media and Democracy has reported, the documents show the Bradley Foundation has funded training schools for Republicans, has engaged in efforts to turn Democratic-leaning blue states into Republican-leaning red states, and funded many things that seem like purely partisan projects.

In her story Bottari quotes Marcus Owens who formerly served as the Director of the Exempt Organizations Division of the Internal Revenue Service, about these grants and he notes the courts have ruled that training or classes “focused on supporting the candidates of one particular political party, was operated for the private benefit of the political party in question and thus not entitled to tax exempt status under section 501(c)(3)….It appears that the Bradley Foundation may have made a series of taxable expenditures in the form of grants for non-charitable purposes, and grants conferring an excessive private benefit.”

This, he noted, could “trigger a cascading series of penalties” and in “a worst-case scenario involving willful and flagrant violations, the penalty is a forfeiture of a foundation’s assets to the government.”

I have written about the Bradley Foundation going back to 1988, and these documents suggest it has changed dramatically to become more nakedly political. Indeed, the foundation may even be at odds with the wishes of its founders Lynde and Harry Bradley, whose company provided the mother lode of funding that became the Bradley Foundation.

The two Bradley brothers were adamantly opposed to the public sale of company stock. Only private ownership, they felt, would protect the company from chasing short-term profits to please stockholders. But retired Allen Bradley CEO I. Andrew (Tiny) Rader got other board members to support him in violating the Bradley philosophy by selling the company to Rockwell International in 1985.

The $1.65 billion sale in 1985 was highly lucrative for Rader, who also ran Allen Bradley’s corporate foundation, which held 17 percent of the company stock. Overnight it had become the biggest foundation in the state, with $280 million in assets, and would, under its first executive director Michael Joyce (who was hired by Rader), quickly become the biggest funder of conservative thinkers in America. Meanwhile the foundation’s assets kept growing to more than $900 million today.

The idea was to sell the conservative ideology, and Joyce was very transparent about this, courting the media and debating ideas. He famously funded school choice and backed the W-2 welfare reform in Wisconsin, but the foundation didn’t get directly involved in political campaigns and electoral strategies. That clearly changed under Joyce’s successor Michael Grebe, a longtime GOP insider, and has continued under Grebe’s successor Richard Graber, former chairman of the state Republican Party. Gone was the transparency about the foundation, which quietly changed itself into something that operates more and more like an arm of the Republican Party.

As Bottari reports, Bradley documents have described its goal of using funding to help create “unified control” of governorships, legislatures and state Supreme Courts by the Republican Party in states targeted by Bradley. “Together we can help keep our Great Lakes blue and our states red,” a video created by the foundation declares.

The documents show Bradley was also looking beyond the Great Lakes, “considering deepening investments in Colorado, Missouri, Pennsylvania, Ohio, Maryland, Georgia, Maryland, Virginia, and California in that order,” Bottari reports. “Colorado was a top priority because ‘Colorado is an important swing state with a broad base of center-right organizations and donors,’” foundation documents noted, making clear the goal of swinging Colorado into a solidly-Republican state.

One Bradley report concluded that “conservativism’s ascendance was not permanent nor universal,” Bice reports, “noting that two Democratic presidents have been elected to two terms since the 1990s. By contrast, it noted, Republicans now have control of both houses of the legislature and the governor’s office in half the states, opening the door to ‘meaningful conservative policy advancement.’”

In Wisconsin “Bradley funded Scott Jensen (formerly the GOP Speaker of the Assembly) and his former chief of staff, Brett Healy at the MacIver Institute to secretly ‘map Wisconsin’s progressive infrastructure’ in 2008 and 2015” and target it with opposition research, Bottari reports. And Grebe was included in strategic emails of Gov. Scott Walker’s campaign advisors responding to the recall attempt, while the Bradley Foundation funded True the Vote, a group which attempted to prove that recall signatures were forgeries.

The foundation “appears to be pursuing a highly partisan game plan: funding an ‘infrastructure’ on the right that benefits the Republican Party, while at the same time attempting to crush supporters of the Democratic Party,” Bottari writes. Its documents cite “The trial attorneys and Big Labor” as the “two principal funding pillars of the left,” on multiple occasions, she notes. The clear implication is that this will wipe out the Democratic Party, as the evisceration of collective bargaining rights has in Wisconsin.

All of which raises big questions of legality. “There is no basis for the proposition that defunding labor unions is a charitable purpose within the Internal Revenue Code,” Owens told Bottari.

The Bradley has given $1.8 million to a group called American Majority, which claims to have trained 38,000 people in how to run a successful election campaign. The group describes itself as “non-partisan” but the group was “set-up by Republicans to train Republicans,” Bottari notes. Owens noted that a U.S. Tax Court in the past ruled that a group providing training but “focused on supporting the candidates of one particular party… was not entitled to tax-exempt status.”

The partisan activities of a group like the Bradley Foundation might help explain why conservatives were up in arms over an IRS probe of some foundations for allegedly political activities. The lawyer suing the IRS over this was Cleta Mitchell of Foley & Lardner, the same firm Grebe worked at for decades. Mitchell is also a Bradley board member whom the conservative Newsmax magazine named as one of the “25 most influential women in the GOP” in 2013.

The Bradley Foundation proudly traces it history to the Bradley brothers, but the corporate foundation they founded was quite different. It mostly funded Wisconsin institutions: private colleges, hospitals and the arts. But under Rader and Joyce the foundation only gave only half of its grants to state groups and since then the percentage going to Wisconsin has continued to decline.

As for funding of groups outside the state, the company foundation certainly funded right-wing organizations. The Bradley brothers were anti-communist and anti-union. But their company paid generous wages and was famous for the benefits workers received. One wonders what they would have made of a country where CEOs now make 350 times more than average workers, and groups like the Bradley Foundation are working to give workers even less power. As for the idea of the Bradley helping to build the Republican Party’s infrastructure, that would have been unimaginable for the old corporate foundation.

In response to the JS story on the leaked documents, Grebe got on his high horse, fuming that “I am very critical of (the Journal Sentinel) for going with this story, recognizing that other media outlets are also following this pattern. Where have we come as a society? People steal records, illegally, and expose them. And then otherwise reputable media rely on those stolen records for their reporting.”

But these are not the documents of a private business or individual, but a tax-exempt charitable organization which is required by law to release an annual tax report disclosing its grants, investments, top salaries and other information. This foundation’s money was not Grebe’s but the community’s, having been built through the efforts of the Bradley family and the company’s countless workers and executives over a period of more than a century in Milwaukee. Moreover, all taxpayers pay more in taxes to help support tax-exempt charities like the Bradley.

In short, the community has the right to a full accounting of the funding and goals of a charity it helps support. Grebe instead has stealthily avoided transparency, obviously aware that what he was doing was controversial. The fact that it took Russian hackers to provide an honest accounting of these activities must have have left the Bradley brothers rolling in their graves.

Update 10:20 a.m. May 17: Twelve days after Bottari wrote her column, Dan Bice and the Journal Sentinel have finally addressed the elephant in the room with a story addressing the issue of whether the Bradley Foundation is violating the law. Bice even quotes the same expert, former IRS official Marcus Owens. The Bradley’s leader Rick Graber notes that the groups they fund all have a 501(c)(3) designation as charities, so it must be okay to fund them. But the question is whether some of these more questionable groups — and the Bradley Foundation itself — still should get this designation, given the obvious goal of helping the Republican Party. And if the IRS does turn a blind eye to this, it’s a signal to Democrats to create similar “charities”  — all tax exempt and subsidized by the taxpayers.