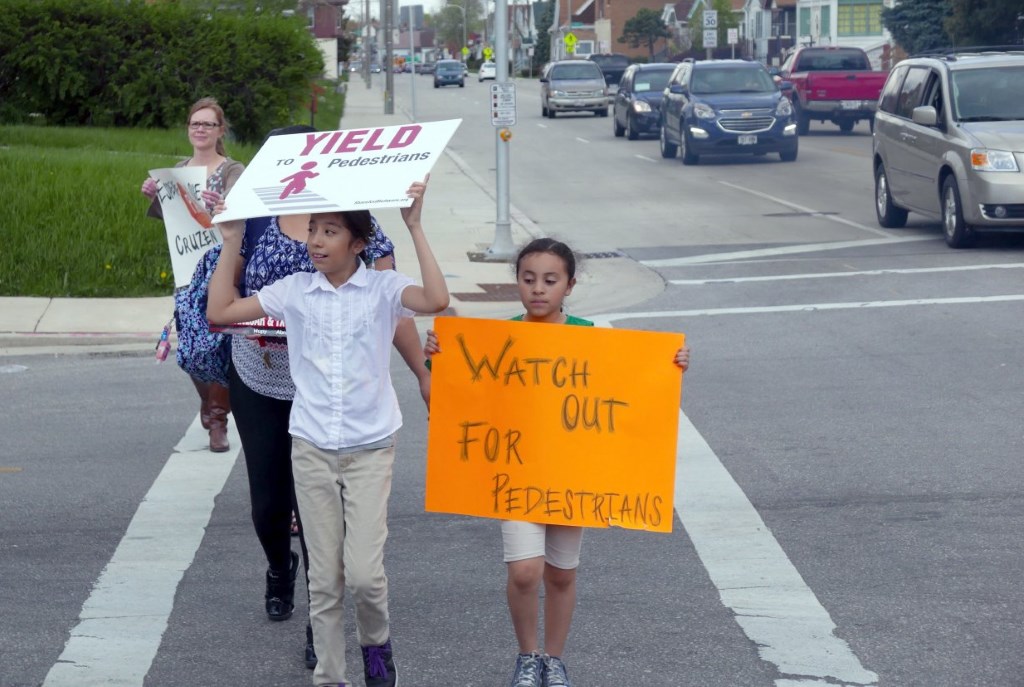 In an effort to improve Milwaukee for cyclists and walkers, a trio of bicycle and pedestrian advocacy groups has compiled a substantial amount of data to produce 15 reports filled with recommendations and opportunities. For each of the city’s aldermanic districts, MilWALKee Walks, Path to Platinum and the Bicycle Federation of Wisconsin have authored detailed, easy to digest reports with recommended improvements.

Recommendations aren’t presented as absolutes, but every report includes a “key recommendation” for each council member to improve their district. According to Bike Fed program director Jessica Wineberg, “these are meant as a starting place for the community based on past plans, the Path to Platinum survey, stakeholder feedback and informal comments received from people over the years.”

The reports rank every district based on bike and pedestrian crashes, number of people killed in crashes, miles of bicycle lanes, miles of trails, Safe Routes to Schools routes and percentage of households without a car.

Beyond recommendations and rankings, the reports also include a list of citywide, county and state projects that are already funded and encourages council members to advocate for those funds to be spent in their districts. Funded projects range from a coordinated city/county trail signage plan and the city’s high-impact paving programs to the city’s plan to restart their public bicycle parking program and continue installing pedestrian countdown signals.

Every report includes one stark, citywide conclusion: “The City of Milwaukee as a whole, and in each district, has a pedestrian safety problem. The City of Milwaukee has 10.4% of the state population and 29.1% of the state crashes. People of color in Wisconsin are almost twice as likely to be the victim of a crash while crossing the street (15.5% of population are people of color, 26.8% of pedestrian crash victims are people of color), giving us the 10th highest disparity in the nation (Source: Dangerous by Design, Smart Growth America 2016). From 2011-2015 every district had at least one pedestrian killed, most frequently due to people driving failing to yield.”

The groups hope to continue to gain support for a more walkable and bikeable Milwaukee at the Wisconsin Bike Summit on May 4th. The statewide summit has relocated from Madison to Milwaukee this year, being held at the UW-Milwaukee School of Continuing Education.

The summit costs $45 to attend, or is free after 3 p.m. After 4:20 p.m. a presentation entitled “What’s Next for Milwaukee Bikeways” will be held with speakers Melissa Cook (Wisconsin Department of Natural Resources), Jeff Polenske (City of Milwaukee) and Gage Brogan (Milwaukee County Parks).

Those interested in the issue can also a public meeting on May 31st at Villard Square Library from 5:30 p.m. to 7:30 p.m. Free food is being provided. RSVP on Facebook.

13 thoughts on “Eyes on Milwaukee: How to Make a Pedestrian Friendly City”