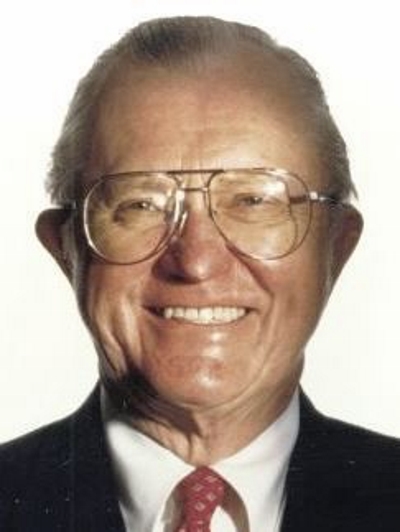 That was the only greeting I got when I picked up the phone.

“They tell me you’re a real bastard, and I should watch out,” the man continued.

This was back in 1995, and I was working for Milwaukee Magazine. The cryptic caller, I soon learned, was William Gerrard, the most successful lobbyist in the state Capitol and a man who had for weeks ignored my calls asking for an interview. In the meantime I was calling folks who knew him — and the list was long — and assuming I would be doing the story without his cooperation.

But as it turned out, Gerrard not only did the interview, but met with me for lunch at the Madison Club and let a photographer follow him around and shoot pictures while he merrily met with legislators. Why the turnabout? The story I eventually wrote showed Gerrard was in the middle of many questionable deals going back decades, but as his old friend, former Gov. Patrick Lucey said to me, “You’ll probably just increase his business.” Because anyone as influential as my story ultimately documented was well worth hiring as a lobbyist.

Gerrard died earlier this month at the ripe old age of 92 and the funeral and visitation for him on Friday and Saturday in La Crosse had a huge turnout, I’m told. Gerrard, after all, was for decades a legendary figure in Madison, known as “Uncle Bill,” who somehow always ended up having clout with the governor and legislative leaders no matter which party they represented. As former Democratic Assembly Speaker Tom Loftus once said of Gerrard, “he’s a member of the incumbent party.”

But Gerrard was no policy guy. When asked what made Gerrard tick, Lucey had a simple answer: “I think he likes to make money.”

And he made a lot of that through his clout in Madison, culminating in his days as member of Gov. Tommy Thompson’s “shadow government,” as Loftus once dubbed it. In Thompson’s first term, Gerrard won state contracts worth $188 million for his clients, while becoming the highest paid lobbyist in the state, earning $700,000 per year.

Gerrard, everyone emphasized again and again, was an “old school” lobbyist. Meaning “he never lobbies on the merits,” as one legislator put it. “He always argues campaign contributions and we owe these people and it will be good for your career.”

Gerrrard became rich on real estate in the 1950s, partly by learning from Lucey. “To learn something, you had to go to someone who was damn successful,” he told me. “Lucey was successful. He was buying up property and subdividing — he was very innovative.” The two eventually went into business together on a brokerage in Northern Wisconsin.

He used that influence to lobby for the state chiropractors association, getting Lucey to sign bills favoring the group, and to lobby for the railroad companies and in favor of 65-foot-trucks. He also used his clout to get sweetheart real estate deals from an agency Lucey set up called the Wisconsin Housing Finance Authority. Eventually there were allegations of corruption and Democratic Governor Tony Earl and an outraged legislature took steps to overhaul the agency, turning it into the Wisconsin Housing and Economic Development, which has endured.

Meanwhile, Gerrard became a friend of a legislative aide named James Klauser, and the two were part of informal social gathering of politicos Klauser wryly dubbed the “Jobs Task Force.” Later, when Klauser became a lobbyist, the two men became closer and would hang out drinking at the Madison Club and sometimes traveled together.

After Earl vetoed a bill Gerrard wanted favoring the chiropractors, Gerrard swung their support to Earl’s Republican challenger, Republican Tommy Thompson. After his election, Thompson appointed Gerrard’s buddy Klauser as head of the Department of Administration, but Klauser’s role was so crucial he was soon getting called the Deputy Governor.

Never was Uncle Bill better placed in state government. He was a key supporter of Thompson. His nephew Nicholas Hurtgen was hired as an assistant by Klauser. And Gerrard had become a mentor to attorney Edward Hales, helping him win state appointments and develop a friendship with Klauser. Hales was appointed to the State of Wisconsin Investment Board (SWIB), on which Klauser also served.

Gerrard parlayed his clout with Hales and Klauser to get a remarkable $146 million in deals approved, earning an estimated $1 million for himself. There was resistance from SWIB director Kenneth Codlin to Gerrard, but that got Codlin in trouble with Hales and Codlin eventually resigned. His replacement Marshall Burkes came on board in 1987 and soon was very close to Hales and Gerrard.

The amount of cronyism and shady deals getting approved led to concerns by SWIB staff and Burkes was eventually fired, but he then sued the state, filing legal briefs will allegations of corruption that embarrassed Klauser and Thompson. The case went on for years before it was settled. But for Gerrard, the impact was all positive, announcing to anyone in Madison who didn’t know it that Bill Gerrard had huge clout in the Capitol. He continued to work through the 1990s, racking up huge fees as a lobbyist, on average charging $2,000 an hour.

During the entire time I worked on the story, Gerrard buttered me up, kidding me about my Irish heritage, saying “I want to see how a journalist is going to treat a fellow Irishman.” By then he was 70 years old, had been a fixture in the Capitol for nearly four decades and had no interest in retiring. “What would I do?” he said. “I’d go crazy.”

His energy and jolly style could be contagious. As Lucey put it, “He likes to play the game. You see him at the Madison Club and he’s always in very happy and expansive mood.”

I can imagine he would have been amused at Donald Trump’s promise to “drain the swamp.” Nor would he have been surprised to see that Trump has instead put together an administration filled with lobbyists and political and business insiders.

Human weakness is eternal and there are always politicians and officials looking for help with their career or political fundraising. Which is why there will always be the influence peddlers, jostling to win favors and stay in power. But very few of those lobbyists ever did it with such rascally, unpretentious joy as Bill Gerrard.