Will its new office building be joined by a 24-story tower? 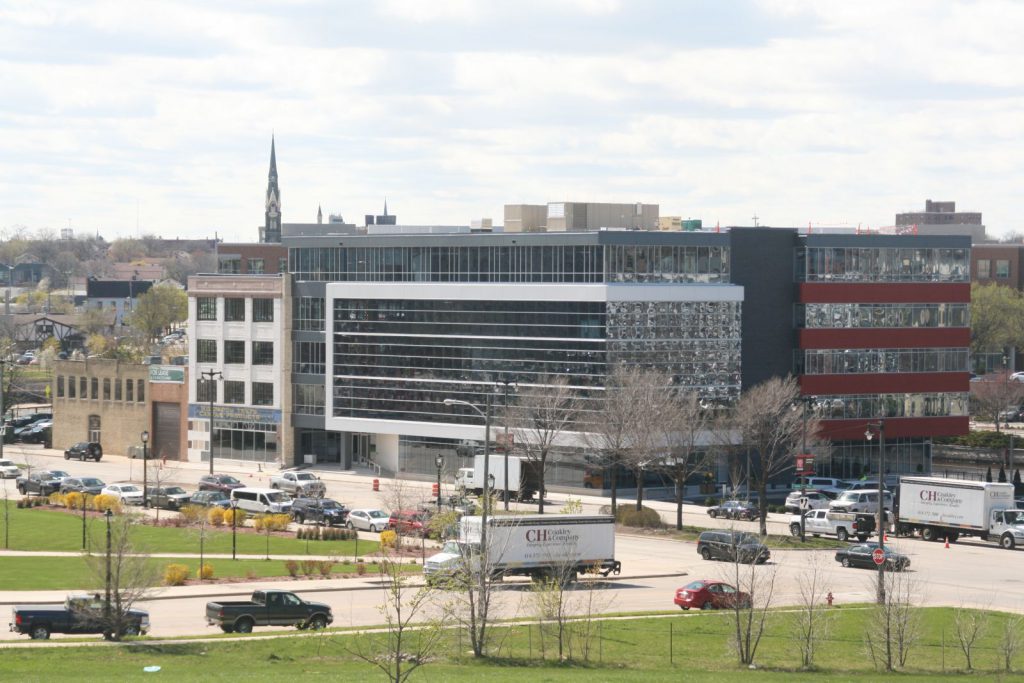 Construction crews are scrambling to put the finishing touches on the 1433 Water office building in advance of Bader Rutter moving in next week. But the Brookfield-based marketing firm move to Downtown is hardly the only thing cooking in the area. News broke this week that a 24-story hotel and apartment tower is being planned for the parking lot to the building’s north, joining a number of under-construction or recently completed projects that have made N. Water St. the hottest real estate corridor in the city.

The new office building, which draws its name from its address (1433 N. Water St.), is a 113,800 square-foot complex that is a melding of historic structures and new construction. Wangard Partners is leading the development of the five-story project.

Bader Rutter is relocating their entire Brookfield headquarters, including approximately 250 employees, to the project. The marketing firm’s initial lease in the building is for 60,000 square-feet.

J.H. Findorff & Son is leading construction on the building, with Plunkett Raysich Architects serving as the architect. Tri-City National Bank is providing project financing for the $31 million project, with support from the Wisconsin Housing and Economic Development Authority and Impact Seven. Associated Bank provided an acquisition loan. In addition, the project received financial support from the City of Milwaukee for the RiverWalk portion of the development. The First-Ring Industrial Redevelopment Enterprise allocated New Market Tax Credits to the project that were ultimately purchased by US Bank.

Also included in the development is a 13,000 square-foot restaurant space in one of the existing buildings at 1421 N. Water St. and 110 surface parking stalls. A new, 390-foot Milwaukee RiverWalk segment and public access-way to the river is included in the project and now open to the public. The city is scheduled to provide up to $1.5 million to support that publicly-accessible infrastructure.

CBRE Wisconsin is handling leasing for the complex, and in a listing updated yesterday notes there is 52,281 square-feet of space still available in the building spread over the third, fourth and fifth floors. The listed rental rate is $18.50 per square-foot per year.

The building is a unique mix of new construction merged with an old complex of buildings. A portion of the old complex was demolished to make way for the new construction. The demolished building, which housed a Laacke and Joys store until 2013, was originally built in 1874 by the Northwestern Furniture Company. According to Wangard, that building could not support the weight loads required of a modern office building. The firm had originally wanted to save the building. As part of the redevelopment, a 6,231 square-foot, stand-alone building dating back to 1931 was also demolished.

The complex is far from the only active project in the area. Just to the southeast at the corner of N. Broadway and E. Ogden Ave., Roers Investments, a Minnesota firm, recently acquired a long-vacant lot and is exploring building an apartment building. Immediately north of the office project, the fourth phase of the Mandel Group‘s The North End, known as Vignette, is under construction. Across from Vignette, the foundation for the The North End’s fifth and final building Chroma, is being developed. And north of Mandel’s project, The Rhythm apartments are nearing completion.

Hammes Company is also developing a new corporate headquarters across the street from 1433. Construction work is now well underway on that project, having begun in early 2017.

Wangard has a number of other projects underway in the immediate vicinity as well, including a mixed-use apartment building up the street at 1701 N. Water St., the second phase of the Avenir apartments up the hill to the east and a $52 million mixed-use development at Park East Block 22, kiddy corner from the development. 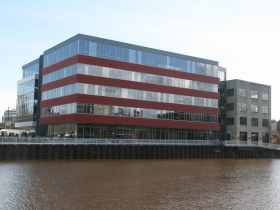 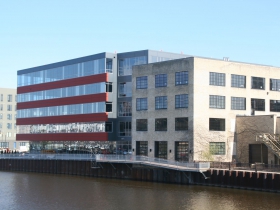 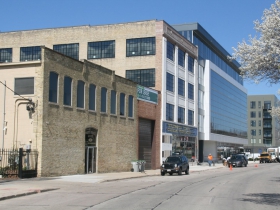 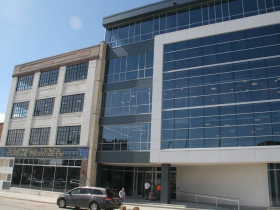 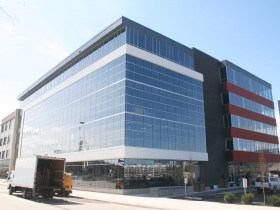 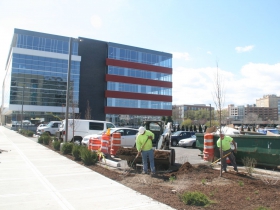 About That 24-Floor Tower

Milwaukee Journal Sentinel reporter Tom Daykin broke the news this week that a 24-story hotel and apartment tower was being planned for the surface parking lot immediately north of the project. That lot, which was only recently paved, would be developed by HKS Holdings with Wangard Partners serving as an investor. Wangard had originally proposed a 12-story, 140-room hotel on the small site. HKS has developed a number of projects in recent years including MKE Lofts, Kimpton Journeyman Hotel, Global Water Center, Dwell Bay View and Junior House Lofts.

The Redevelopment Authority of the City of Milwaukee will take up the proposal, which needs a waiver from the Park East area plan, at an upcoming meeting.