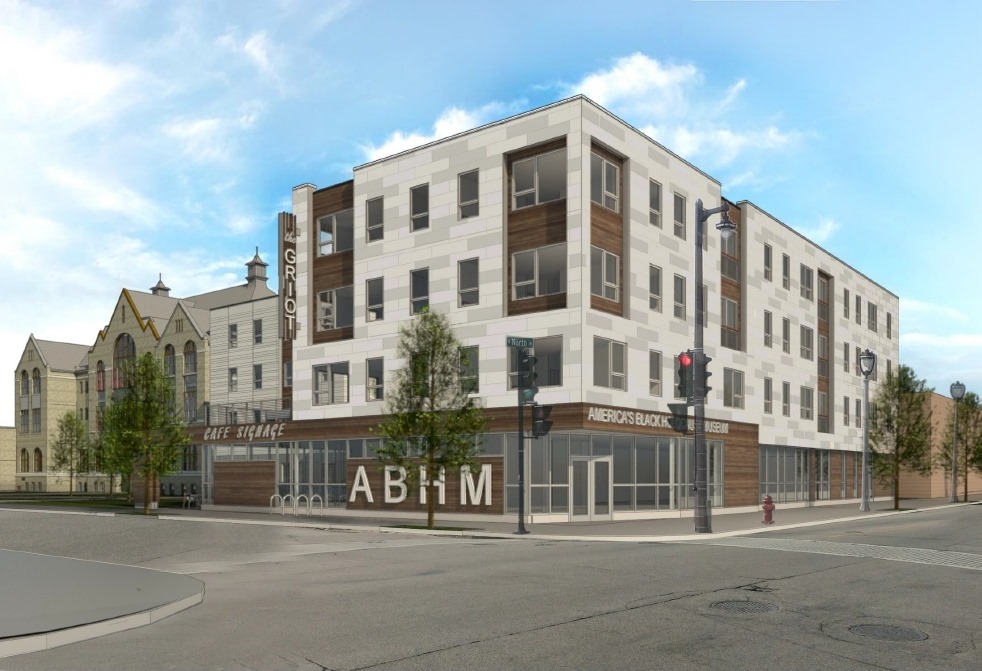 Political dignitaries and city residents packed into a tent yesterday morning, despite the cold and the wet weather, to celebrate the groundbreaking for redevelopment and reopening of a landmark cultural institution in town, America’s Black Holocaust Museum.

The museum, set to open in 2018, is part of a $17 million multi-use, Historic Garfield Redevelopment, located on the original site of the museum (2235 N. 4th St.). It will feature 8,000 square feet of commercial space on the first floor, 6,000 of which will house the new museum.

Melissa Goins, of Maures Development Group, LLC, told the crowd that since she came onto the project it’s been over two years to this groundbreaking, adding, “Admittedly, as long as 2 ½ years feels like it is nothing when you think about how far we have come as a country and as a city.”

The project, known as The Griot Apartments, is being developed on a largely vacant block according to Goins and should act as a catalyst for further development in Bronzeville and the Halyard Park neighborhood. 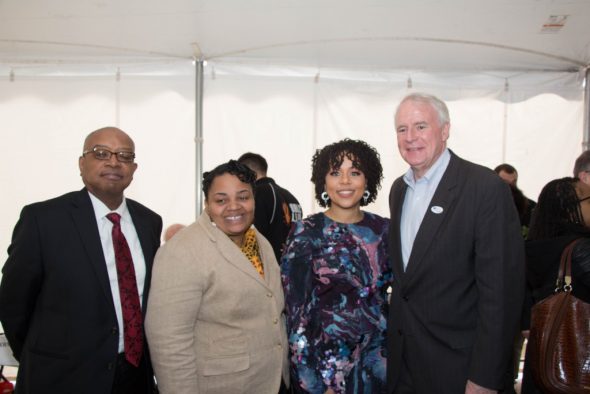 Politicos and development partners took turns commending the project as a symbol of revitalization in the city and the culmination of many years of hard work. Many sang the praises of its late founder Dr. James Cameron, the development team and local leaders that worked on the project, Goins in particular. Wyman Winston, executive director of WHEDA, said “The city is not the buildings, it’s the people, and Melissa is the developer that has realized that.”

Mayor Tom Barrett addressed the importance of working on affordable housing in the city saying, “None of it has been by accident, the whole  purpose and the whole goal has been to have affordable and decent housing for people of all incomes.” He added this declaration: “Decent housing is a basic human right.”

The project will feature 71 units of housing. And in the Garfield building, 30 units will be reserved for families making 60 percent or less of the area median income.

Lt. Gov. Rebecca Kleefisch praised the project and general Bronzeville redevelopment as key to the city’s “renaissance” and added this: “As Milwaukee goes, so goes the state.”

Of paramount significance, for many in attendance, was the future re-opening of the Holocaust Museum in 2018. Founded by Cameron, who survived a lynching attempt in 1930, the museum commemorated victims of lynching, with a self-described mission of building “public awareness of the harmful legacies of slavery in America and promotes racial repair, reconciliation, and healing.”

In the grips of the recession and other hardships, the museum closed in 2008, two years after the passing of it’s founder.

Effusive praise was offered for Ald. Milele Coggs and the nine years she spent working to make the re-opening of the museum a reality.

Coggs shared an anecdote from nearly a decade ago. Days before she was sworn into office, Ald. Nik Kovac called her and said Reggie Jackson of the museum’s board told him the museum needed help. “The first meeting I had, as alderwoman of the sixth district, was with Reggie Jackson about the future of America’s Black Holocaust Museum.”

“With the proper support and guidance, any of our cultural institutions have the ability to sustain and grow,” she said.

“We say Milwaukee is going through a renaissance,” Coggs said. “It’s not just because of Downtown, it’s because of the neighborhoods throughout this city.” 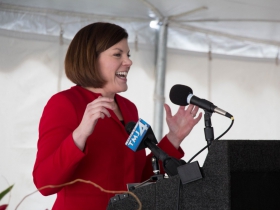 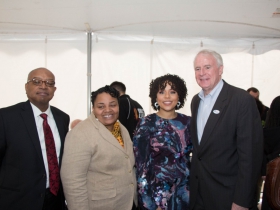 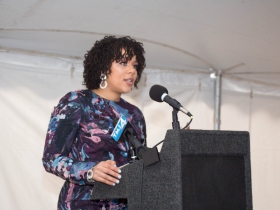 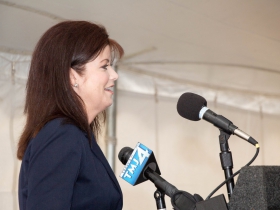 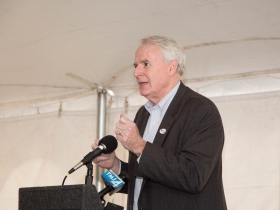