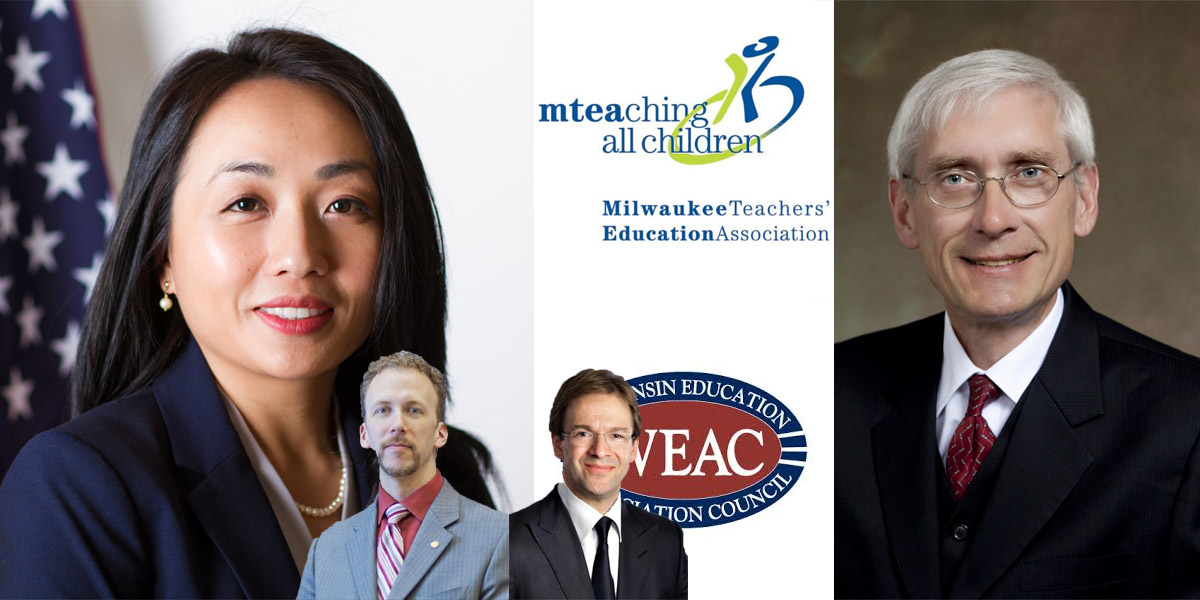 Beyond the ballots and candidates who won or lost there were other trends, winners and losers also worth noting, including:

Milwaukee’s Hmong community scored a huge victory on Tuesday with the election of Kashoua “Kristy” Yang to the Milwaukee County Circuit Court. Yang is the first female Hmong-American judge elected in the country, and only the second Hmong-American judge. Yang, an Oak Creek resident, defeated Fox Point resident Scott Wales, by winning the city with 63% of the vote, Shorewood and West Milwaukee with 61% of the vote, and narrow victories in eight other suburbs including Wauwatosa and West Allis.

Wisconsin’s Hmong-American community is the third largest in the country behind California and Minnesota.

In Milwaukee County just 14.8 percent of registered voters cast a ballot in Tuesday’s election. In the city that number dropped to 13.24 percent. Those numbers are up from the primary, but are still embarrassingly low. As I remarked after the primary “turns out all that post-Presidential election energy was used up posting memes on Facebook about Donald Trump.”

People will forever complain about political advertising, but it appears to be one of the few things that actually gets them to vote. I talked to a number of people yesterday that had no idea there was an election because they didn’t see any ads.

What can we do to get more people to vote?

The State Superintendent of Public Instruction won comfortably, earning another four years at the helm of Wisconsin’s public schools. Evers, who also had a commanding win the primary, wasn’t sweating the results election night. When a Wisconsin State Journal reporter got in touch with him for a comment on his election night win he wasn’t at a party in a hotel ballroom or watching results in a war room. Where was Evers? At home playing the card game Euchre with his family.

How dominating was his win? The Associated Press called the race for Evers 35 minutes after polls closed. A number of poll workers across the state hadn’t finished cleaning up by the time the race was called.

Members of the Milwaukee County Board of Supervisors wrote a referendum to fail and fail it did. The referendum’s language offered the oddly-personal question “Do you support County Executive Chris Abele’s proposal for a $60 Vehicle Registration Fee (wheel tax) to provide designated funding for transit and transportation-related projects?” — clearly designed to paint Abele in a bad light.

The board’s logic in pushing for a guaranteed-to-fail referendum is difficult to fathom. They already voted to approve a $30 vehicle registration fee as part of the 2017 budget, cutting in half Abele’s request for $60, but still supporting the financing mechanism. And with a number of one-time federal grants running out, Milwaukee County is going to increasingly need the wheel tax funds to actually run the Milwaukee County Transit System.

Fast forward a few years and this whole charade is virtually assured to come back to embarrass the board. A vehicle registration fee is one of the few ways Milwaukee County can raise funds without the support of the state legislature and governor. Pick your poison, but any combination of rising fuel prices, cuts to state mass transit aid, cuts to federal mass transit programs, or declining ridership will require the county to find more funds to simply maintain the system. County Comptroller Scott Manske already warned the board that a $60 fee isn’t likely to be enough to maintain the needs of the system. Sacrificing the wheel tax in an attempt to tar-and-feather Abele is going to seem real short-sighted real fast.

The Milwaukee ballot had more candidates running unopposed than total candidates in contested races. Most starkly, incumbent Michelle Ackerman Havas ran unopposed for Milwaukee County Circuit Court despite never having been elected to the office before. She was appointed by Governor Scott Walker. Wisconsin Supreme Court Justice Annette Ziegler also won another 10-year term without a challenger.

Undervoting, where a voter doesn’t mark an item on the ballot, was a popular choice for voters this election. The uncontested races averaged over 20,000 undervotes in the city, almost as many votes as some of the candidates got. The oddity was an inconsistent amount of undervoting. One would expect someone to simply skip voting on all of the uncontested races if they skipped the first one, but that’s not what happened. For example, there were 19,292 undervotes in the city for Pedro Colon‘s one-man race, but Dennis Cimpl‘s election, the next one on the ballot, had 21,037.

An alarming number of people might have simply failed to flip over the ballot. The referendum, municipal judge race and sole contested circuit court judge race all offered two options for voters, yet each had at least 4,300 undervotes.

For the first time in a long time, it was a good election for public unions in Milwaukee. The two large teachers’ unions in the state won big on Tuesday. The Wisconsin Education Association Council scored a strong win with Evers commanding victory over Holtz. The Milwaukee Teachers’ Education Association saw all of their endorsed candidates win or retain seats on the Milwaukee Board of School Directors.

Voucher school advocates failed to gain ground in Milwaukee on Tuesday, but it’s hard to label them a loser. The numerous groups promoting public funding of private schools have allies in Governor Scott Walker and the Republican majorities in both houses of the state legislature.

13 thoughts on “Eyes on Milwaukee: 7 Election Winners and Losers”