By Wisconsin Democracy Campaign - Mar 29th, 2017 03:37 pm
Get a daily rundown of the top stories on Urban Milwaukee

Here are the top contributors since Feb. 7 to the two candidates vying for state school superintendent in next Tuesday’s spring general election. (Top contributors from the previous campaign finance reporting periods can be found here and here.)

The incumbent, Tony Evers, was first elected in 2009, and reelected in 2013. Evers faces Lowell Holtz, a former superintendent for the Beloit and Whitnall school districts.

One of the key policy differences between the two candidates is the state’s school voucher program, which Holtz supports and Evers believes is a drain on state support to public schools.

Evers is generally supported by Democrats and Holtz is generally backed by Republicans, even though spring elections are officially nonpartisan. For instance, the latest candidate fundraising and spending reports show Evers accepted about $63,700 from unions and Democratic candidate and party committees, and Holtz accepted about $13,200 from county and congressional GOP parties and a former Republican lawmaker’s campaign committee. 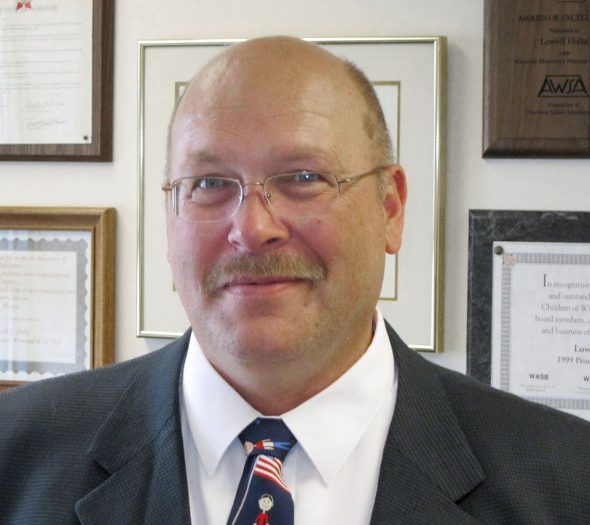 Paul Schierl, of Green Bay, president of the Cornerstone Foundation $2,500

The employer information for these large donors was added by the Wisconsin Democracy Campaign because new campaign finance laws effective last year no longer require candidates to make that contributor information available to the public. Previous state law required candidates to identify the employers and occupations of individuals who contributed more than $100 annually. Now, candidates only have to identify a large contributor’s occupation, which usually amounts to meaningless references, such as owner, president, or executive.

To view how much the candidates have raised and spent, as well as the candidates’ top contributors for the entire election cycle, please visit the Campaign 2017 feature on the Democracy Campaign’s website.

One thought on “Campaign Cash: Top Donors to Superintendent Candidates”