Port of Milwaukee would buy 3-acres from state, open to public in perpetuity. 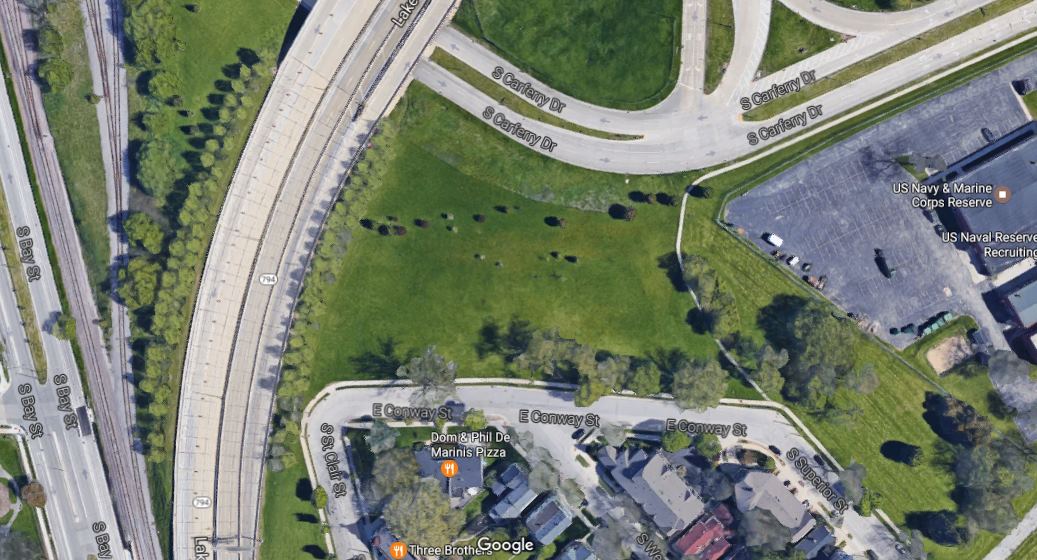 The Port of Milwaukee is poised to grow by 2.69 acres under a deal negotiated with the Wisconsin Department of Natural Resources. The city-owned port would acquire the large Bay View parcel for the bargain price of $425. The property is addressed as 1314 E. Conway St. and is bounded by S. Carferry Dr., the Lake Parkway (Wisconsin Highway 794), E. Conway St. and the United States Navy and Marine Corps Reserve Center at 2401 S. Lincoln Memorial Dr.

Terms of the sale prevent the development of the property with any permanent structures or place any billboards on the site. A deed restriction also insures that the property must be open to the public in perpetuity.

Dave Misky, assistant executive director of the Redevelopment Authority of the City of Milwaukee, presented the deal to the Common Council’s Zoning, Neighborhoods & Development Committee. Misky told the committee that “alderman Tony Zielinski has wanted to acquire the property for over ten years.”

Committee chair alderman Jim Bohl suggested that the port should investigate using native prairie grasses similar to those found at Hartung Park and Three Bridges Park in order to reduce the need to mow the facility and mitigate any environmental impacts.

The DNR has only owned the land for 11 years. It was transferred to the DNR in 2006 by the Wisconsin Department of Transportation to be used as a wildlife habitat. According to a city report the property has been open space since the construction of Interstate 794 and the Hoan Bridge in the 1970s. According to Misky the DNR is seeking to sell the property as part of a state mandate to reduce state-owned land.

The committee unanimously approved the acquisition. The deal is scheduled to go before the full Common Council for approval on March 28th.