The Secret Buttons at Public Museum

Push them and snakes rattle. But where among 4.5 million objects are they? 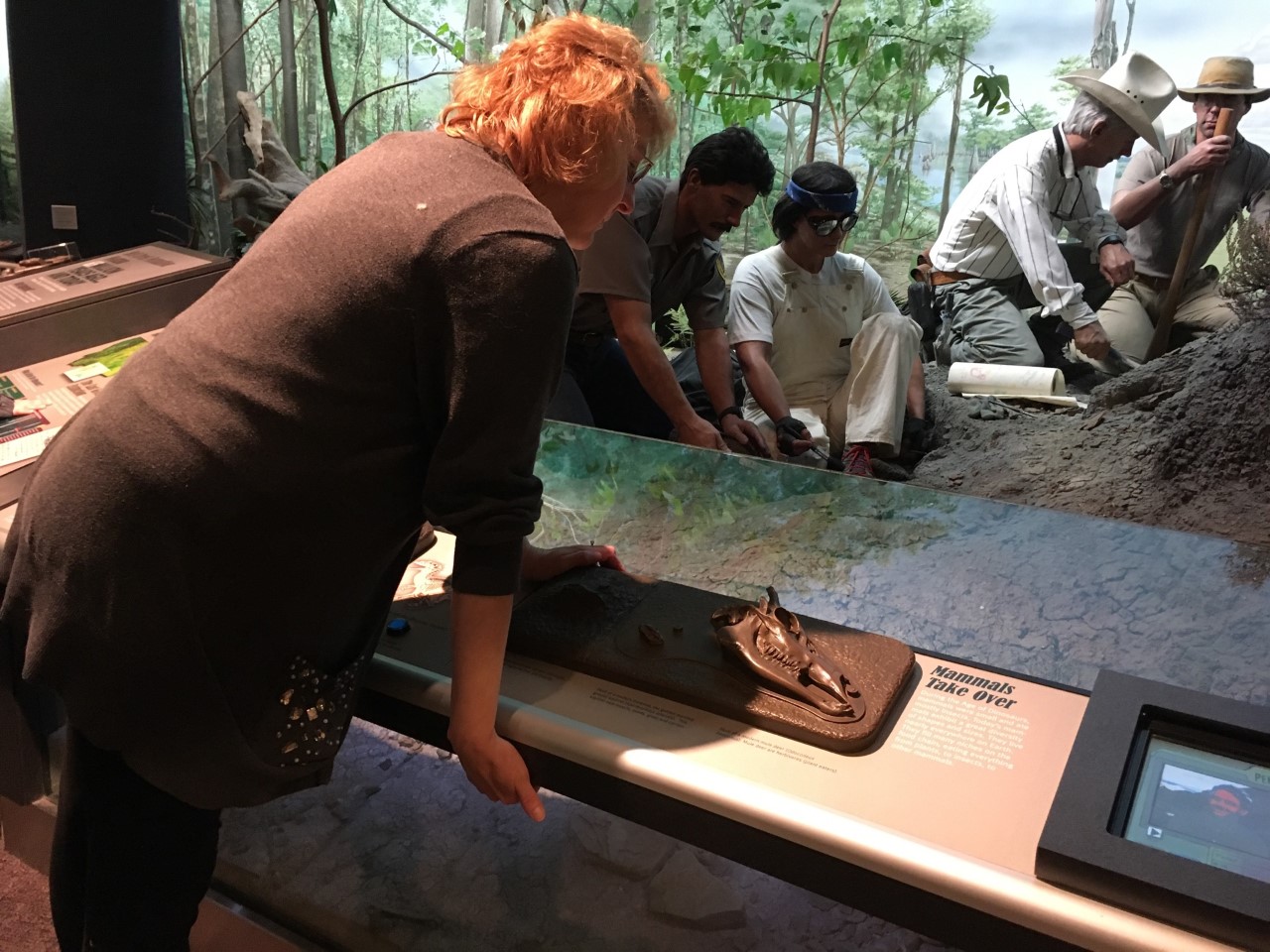 The Milwaukee Public Museum is home to more than 20 exhibits and 4.5 million objects, with quite a lot to see. But not everything is quite as it seems. There are a couple secrets just waiting to be found, or in this case…pushed.

And when pressed, these buttons activate a rattling sound, bringing the quite realistic snakes in the exhibits to life. These buttons are tiny and easy to miss, but when found spark curiosity and create smiles from visitors of all ages.

The snake buttons are featured in two separate exhibits. If you wish to seek out the buttons for yourself, stop reading immediately. But, here is a hint: look under the exhibits…

Now, for those who wish to know precisely where to find the buttons, let us introduce you to Milwaukee resident Barbara Gutknecht, which whom I found myself searching for the snake buttons.

Gutnecht is no stranger to the Milwaukee Public Museum, having visited it in the past.

“I have heard about the buttons,” said Gutknecht as she felt around the outside area of the exhibit. “And I know it is around here somewhere, but I don’t know exactly where it is.”

She was standing on the first floor near the Puelicher Butterfly Wing. Against the wall to the right side of the butterfly garden, there are exhibits of scientists and archaeologists depicting how they work to better understand our planet. This “Exploring Life on Earth” exhibit features three different environments, but the secret button is located in the Montana badlands environment.

“There’s the snake!” said Gutknecht as she pointed to the curled-up rattlesnake located near the top of the hill to the right of the diorama. She felt around the underside of the exhibit’s description panel. Before she knew it, the snake rattled. Gutknecht couldn’t help but smile.

The escalator to the ascending floor is located very near the first snake button. The second floor is home to the second button. See, it all connects. 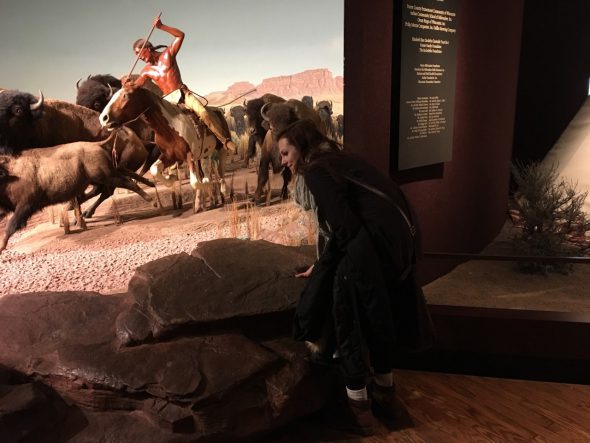 And so we headed to the second floor and entered a room where visitors are engulfed in “A Tribute to Survival,” the exhibit teaching the history of Native Americans. To the right is the huge buffalo hunt diorama surrounded by large stones. These stones are home to descriptions, buffalo fur samples and  — ah hah! — the other snake button.

All the way to the right, the button lies nestled in a break in the stones. It definitely takes some feeling around, but nothing is quite as satisfying as finally finding that second button and — there — activating that snake’s rattle.

So it turns out the two buttons are fairly close in proximity. That said, we must stress that exploring the entirety of the museum is just as rewarding and interactive activity is abundant. It is still to be confirmed if the museum comes to life after the doors are locked at night, but in the meantime these buttons add a bit of magic and mystery to the city’s oldest museum. Funny how one of the most dangerous creatures in captivity bring so many smiles to Milwaukee.

One thought on “The Secret Buttons at Public Museum”