How We Lobbied Congress

Asking officials not to bar states from using transportation funds for bicycling.

By Dave Schlabowske, Bike Federation of Wisconsin - Mar 13th, 2017 02:36 pm
Get a daily rundown of the top stories on Urban Milwaukee 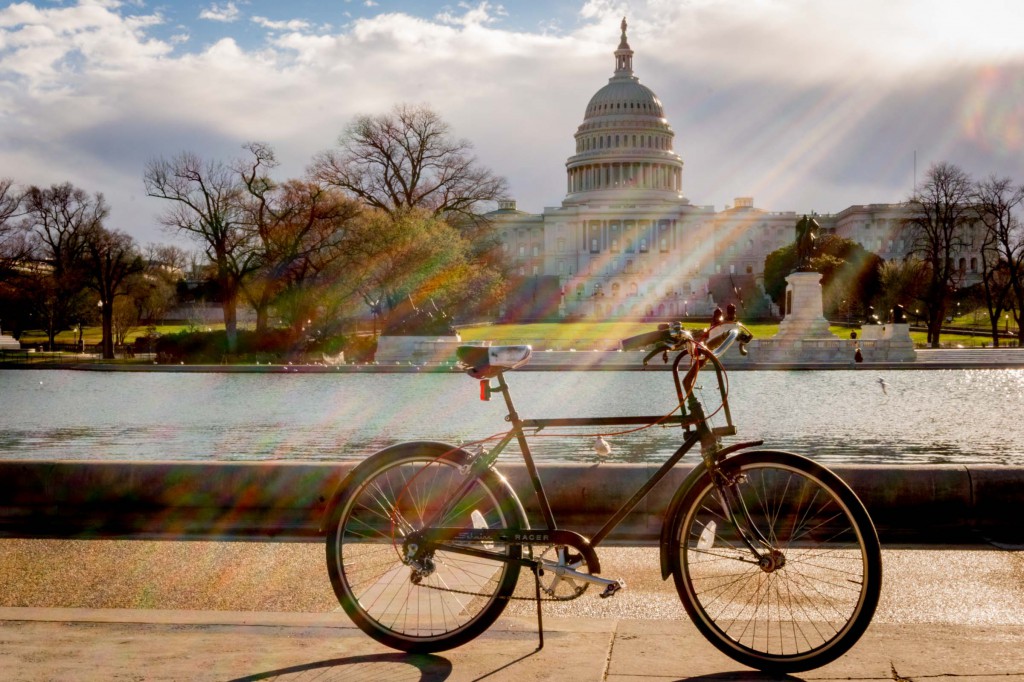 I borrowed my Arlington friend’s Schwinn Racer to get around the Hill today. Sweet ride, with a vintage Campy Record derailleur!

The big lobby day at the League of American Bicyclists’ 2017 National Bike Summit finally arrived for our eight stalwart advocates from Wisconsin. Our crew had meetings scheduled with the following members of Congress and the Senate:

We could only meet with those offices because we didn’t have any constituents from the other representatives districts. In years past, we have had more than 20 people in our Wisconsin delegation compared to eight this year. Perhaps people have given up on their elected officials in Washington, D.C. While the current state of national politics can be frustrating to citizens, our democratic system can only serve our interests if we participate. Coming to Washington once a year to see your congressional representative is truly empowering and restorative, so please consider coming with us next March. 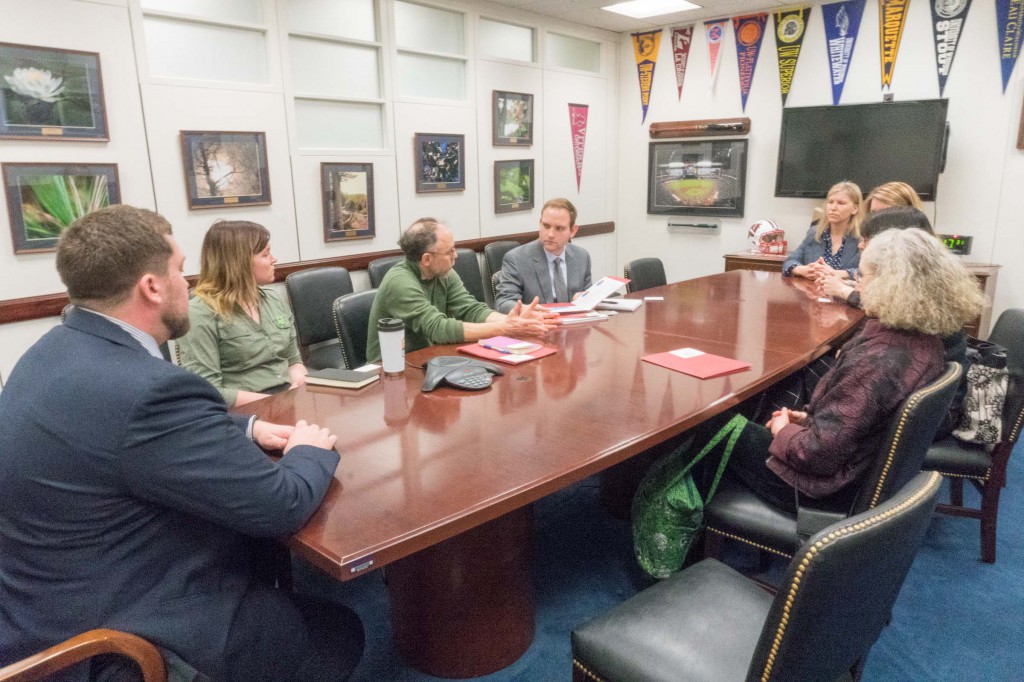 Our meeting with Michael Weiss from Senator Ron Johnson’s staff went very well. It is more common to meet with staff than the legislator, and doing so is not a slight. Staff are diligent in carrying constituents’ messages to their boss, and often are experts in the issues.

Our big ask was pretty simple: If there is an infrastructure bill, ensure that states are able to use some of the money for bicycling and walking. Cutting to the chase, most of our meetings went well, with at least cautious agreement or no direct “no” on our ask from everyone we met with.

In our ideal world, any big infrastructure stimulus bill would include money specifically for bicycling and walking. Given the current leadership, we felt that at our meetings with Republicans, it was better to ask that they allow states the freedom to use some of the money for bicycling and walking. We specifically asked that they vote against any potential limiting amendments, like they did in 2015 when, as part of the House consideration of the transportation appropriations bill, Rep. Tom Emmer (R-MN) offered an amendment that would have banned federal dollars in the ARRA Program from being used to fund sidewalks, bike racks and lighting as part of New Starts transit projects.

Thankfully, 32 Republicans joined 182 Democrats to defeat that amendment. Figuring there could be similar attempts with any infrastructure package, we asked that our representatives vote against any such amendments that limited state and local control over how they choose to spend the funds. We are happy to report everyone we met with agreed to support state and local control and reject federal limitations. 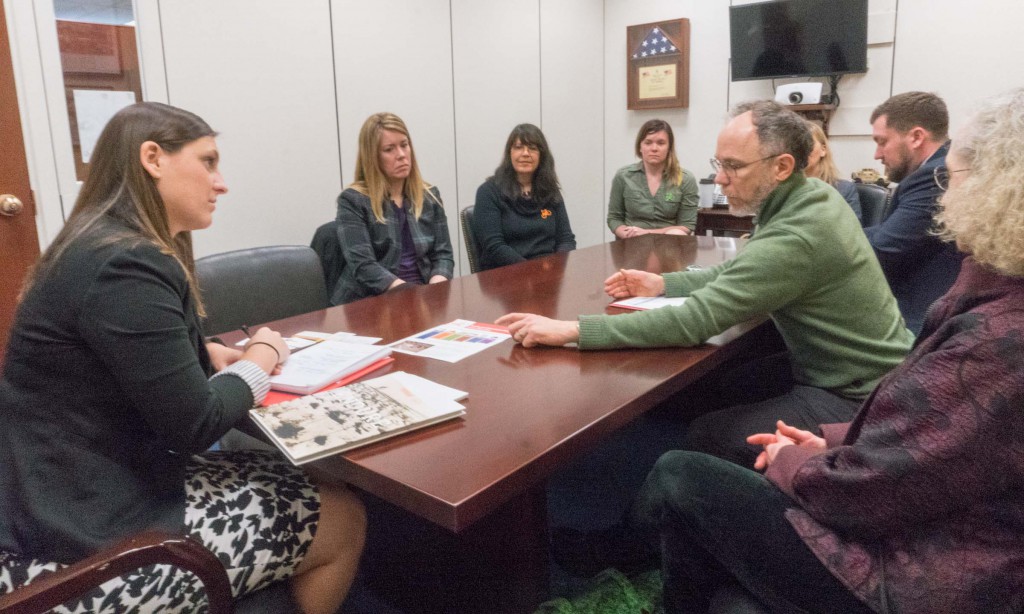 Our meeting with Kate LaTour from Senator Tammy Baldwin’s office went very well, as it always does. Senator Baldwin has always been a strong supporter of cycling.

Of course nobody we met with had any idea when or if President Trump will release the $1 trillion infrastructure bill he promised during the campaign or if the Republicans in the Senate would offer up anything in the near future. The $1 trillion proposal put forward by the Senate Democrats in late January was a good place to begin discussions, but Republican leaders will likely wait for President Trump to put something forward before they even discuss the Democratic proposal.

For our meetings with members of the House, we also asked that they support the Vision Zero Act, H.R. 1226, sponsored by Rep. Earl Blumenauer [D-OR-3] and cosponsored by Rep. Vern Buchanan [R-FL-16]. The bill is split into two sections: One to fund the creation of Vision Zero plans, and the other that would fund the implementation of those plans. $5 million would be set aside each year for the next five years (starting in 2018) for the planning grants and $25 million a year for the implementation grants, which could be split by up to five different entities (any political subdivision of a state is eligible, including; towns, cities, counties, and so on).

We ended our day at Hamilton’s Bar and Grill, a Packer bar down the hill from the Capitol. The Packer Nation is everywhere! 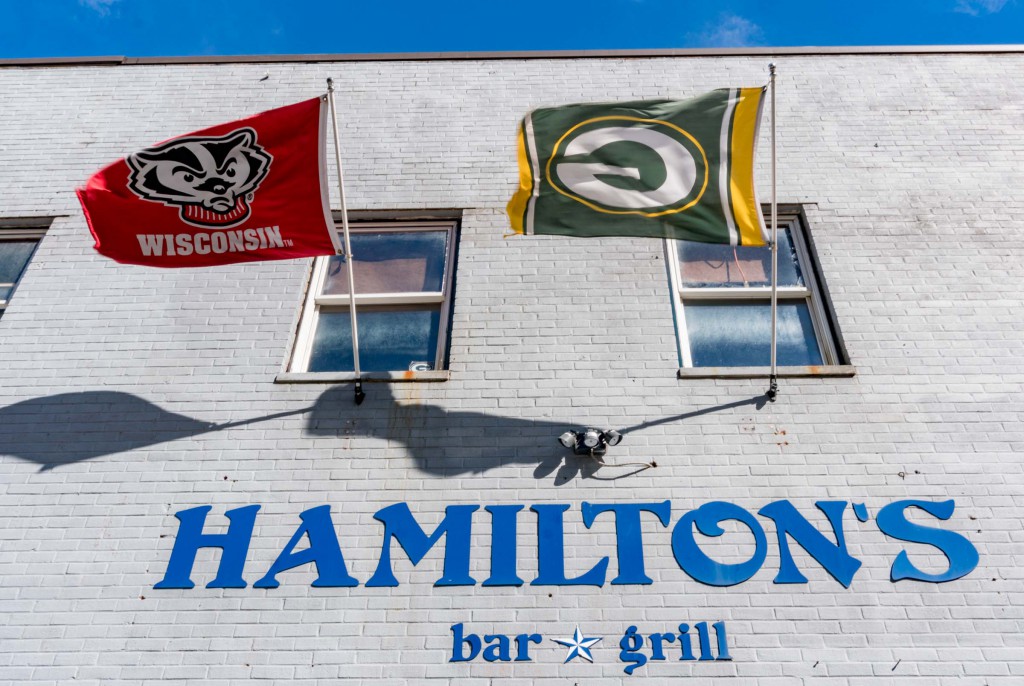 We ended our big day at a fitting location, Hamilton’s Bar and Grill, a Capitol Hill area Packer bar. The Packer Nation is everywhere!

3 thoughts on “Bike Czar: How We Lobbied Congress”