Wisconsin is the only state where treasurer doesn't oversee cash management.

By State Sen. Kathleen Vinehout - Mar 7th, 2017 04:50 pm
Get a daily rundown of the top stories on Urban Milwaukee 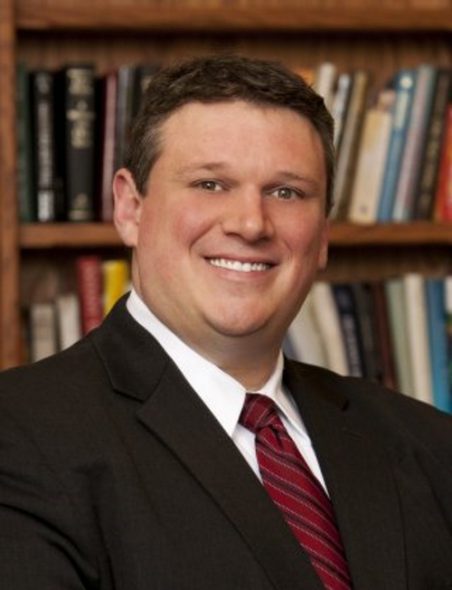 Matt Adamczyk. Photo from the State of Wisconsin.

Early in his term, Treasurer Matt Adamczyk (pronounced eDOMchek), was asked to sign a paper. The paper captured his signature.

Mr. Adamczyk recently testified at a Senate committee hearing saying, “My signature and the signature of the Secretary of Administration’s appears on state checks.”

But Mr. Adamczyk never sees any of the checks with his signature and never performs any functions overseeing payment of state bills. And he doesn’t want to oversee state funds. Instead, Mr. Adamczyk testified he wants to get rid of the whole constitutional Office of Treasurer, describing the role as “outdated and a waste of money”.

A resolution calling for a constitutional amendment to eliminate the role of state treasurer was approved by the state Senate (I voted “no”), but still must be approved by the Assembly and it would then be put before the people to vote on in the April 2018 election. Here’s why I oppose the measure:

According to the nonpartisan Council of State Governments,

Treasurers act as the watchdogs of the people’s money and, in most states, are elected by their own constituents. This check and balance in the executive branch of government provides an effective oversight mechanism and increased transparency.

In advising all types of organizations from local nonprofits to large multi-national corporations, auditors tell their clients that when it comes to handling money there has to be segregation of duties. Simply put, the same person (or department in a large company) should not collect the money, deposit the money, spend the money and do all the accounting.

That is the wrong conclusion. We should rather be bringing back the duties that have been transferred to the Department of Administration (DOA) and making sure that when it comes to handling billions of dollars in state funds there is segregation of duties. There is a check and balance. More than one agency is involved.

The erosion of the Treasurer’s duties has been gradual and started at least twenty years ago. Duties were moved to the DOA that reports to the Governor. When Governor Walker took office, the treasurer oversaw money used for the public funding of Supreme Court races, college savings programs, local government’s investment of public funds, and ran a program reuniting people with their property though the unclaimed property program. The governor eliminated the public funding of Supreme Court races and transferred other activities to executive branch agencies.

During his tenure, Governor Walker has centralized a lot of authority in DOA. In the budget he proposed last month, he transfers almost 500 employees from various agencies to DOA. These are the employees who do budgeting, information technology and hiring and firing. If these transfers go through and the office of treasurer is eliminated, it seems that all budgeting, all contracting, all payments, all accounting will be in one agency under the direction of one Secretary. There would be no segregation of duties. That is not good government or good business practice.

The wise authors of Wisconsin’s constitution created a divided government – and six state constitutional officers – for a reason. Transferring duties to personnel appointed by, and/or overseen by, the governor’s office creates a disconcerting consolidation of power that has the potential to compromise fair and transparent government.

What would the segregation of duties look like? In a neighboring state an independent constitutional officer has the responsibility of prescribing a uniform accounting system, ensuring that all contracts are properly authorized, all vouchers are documented and all expenditures follow the law. A second constitutional officer keeps all the accounts and writes all the checks.

That may be more segregation of duties than is necessary but that system was created after one state official embezzled some $30 million in today’s dollars when there wasn’t any independent check.

Does Wisconsin need segregation of duties when it comes to handling billions of public dollars? Ask your local accountant!

One thought on “Op Ed: Don’t Eliminate The State Treasurer”